I wouldn’t mind waking up to Gloria Taylor’s voice every morning. I wasn’t having the best day. After a FaceTime call with my partner, that made me feel better, I turned on the song. It helped to change my mood. Based on my recent experience, I think she has a vocal ability to soothe any hot-head as long as they’re willing to give her the time of day. The Wilmette, Chicago-native artist has a celestial sensibility to its delivery. Stream the California-based singer’s new track ‘Looks Like Me’ below. PS: GRUNGECAKE is the only site that Gloria Taylor submitted to—using SubmitHub.

Made as a reply record to fellow Brooklynite, The Notorious BIG’s classic track ‘Big Poppa’, Tamara Bubble shares a woman’s perspective. Aside from having what would catch one’s attention in mind, Tamara Bubble addresses gun violence and appeals to clubgoers at the same time with an anthemic cadence.

Of course, I have a personal account to share. Usually, it’s the only reason why I write about music. It’s one of two things: Either I like it a lot, or I am forced to remember. I’ve been in a club when a shooting took place. I was there on assignment. I wore heels that night, and a tan dress. I had come from covering my first Mercedes-Benz Fashion Week. After the shots went off, everyone went into complete hysteria. My family and assistant got down to the ground. People were on top of each other, trying to get through the doors. Unfortunately, my legs were cut up by the shards of broken glass on the floor, as I hid under a table to make sure I wasn’t one of the victims that night. It was surreal. When the club cleared, one of the employees kept asking me to leave and go outside. I refused. I started to film the condition of the club. Someone was bleeding, waiting for the ambulance to arrive. It was terrible.

I like the hook a lot, and the energy she emits here, but the mix isn’t the best. I think the Brooklyn-native recording artist is a skilled songwriter, able to transform loose concepts into catchy songs. Check out ‘Too Busy’ below. Hearing about any violence, in the morning, should wake you up.

A cool breeze just blew through my window. The sun is out. It’s seasonably warm out. I’m happy and preparing for the day’s activities. It’s finally, Summer in New York City, and I cannot help but think, Kid Bloom’s music arrived at the perfect time. The Pop Rock band is doing exceptionally well for themselves with surpassing one million plays on ‘Electric U’. To be frank, I don’t see them stopping anytime soon. Furthermore, if they’re ever in New York City, I’d love to see them play, or have them play for our new GRUNGECAKE showcase series!

Magic Bronson – Knock It Off (Submission)

It’s a bit wonky, but it’s still good. The lyrics of the song feel like a filler here, as it is more about the song’s structure that does it for me. There are multiple layers of vocals, textures, and sing-along sections for engagement and audience participation. Its commercial sensibilities are boldly attractive, making me think of the greats who came before them. Without further ado, listen to ‘Knock It Off’ by the Los Angeles-based Indie Rock duo Magic Bronson—consisting of Michael Nicastro and Matthew Lieberman—below.

As you can probably imagine, I’ve heard one too many songs about social media and the stalking that it enables, but Los Angeles-based artist Trevor James’ ‘Creepin’ is the most diverse and original of the bunch. I am most excited when artists like him come along. It isn’t the best sound quality, but it’s real and deserving. Check out ‘Creepin’ by Trevor James below. 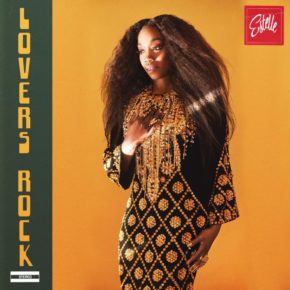