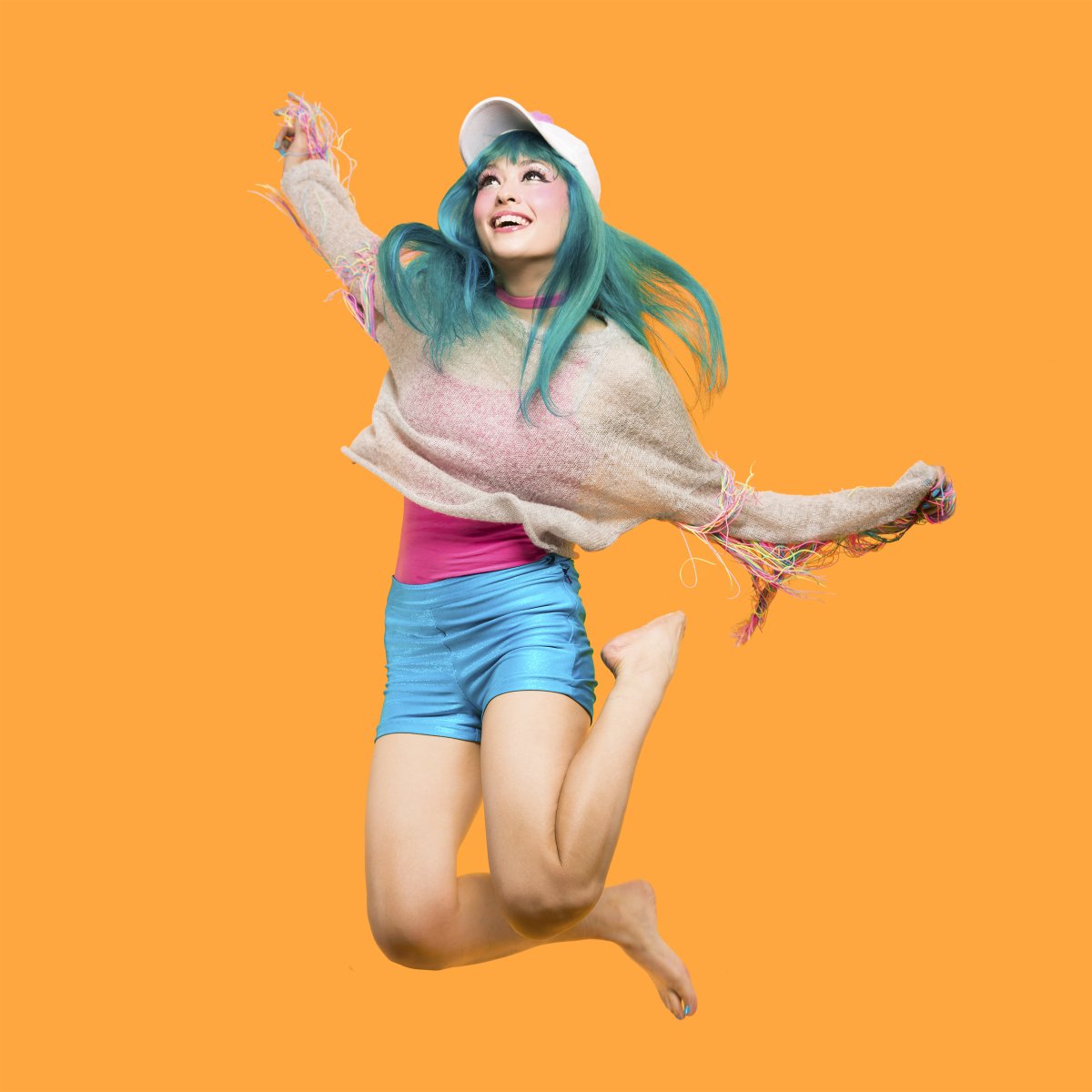 Since seeing the band live at Studio E in Brooklyn, Kero Kero Bonito has played Boiler Room, covered London In Stereo, and released new music. Blending multiple genres on wax and implementing Japanese pop culture into their live presentation, Kero Kero Bonito is one of my new top bands to watch and support. Out of the many songs they performed that night, “Graduation” was a stand out record.

As she appears on the cover art, Sarah Midori Perry wore a full-ensemble onstage, which made us in the audience feel like we were at her graduation. In a British-English voice, she raps about graduating. She also raps about getting her dissertation, and before the song ends, she sings / raps in Japanese. 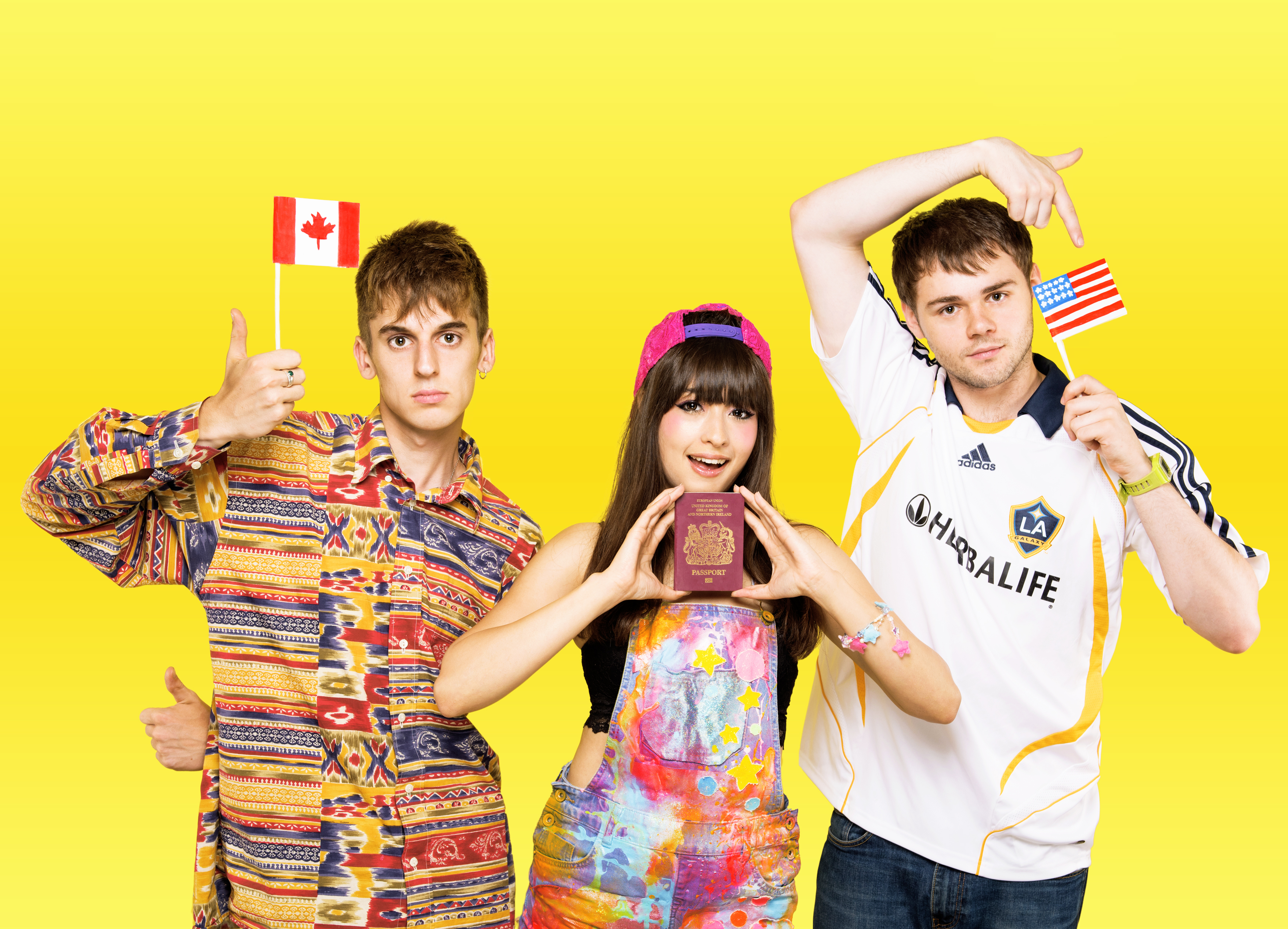 If you’ve ever watched Japanese cartoons or other television shows, listened to old-school rap and electronic dance music alike, this will feel familiar to you. When finished with listening to “Graduation,” kindly check out “Trampoline.” It’s an infection dance-pop number that reminds me of the uptempo synths used and popularized in the decade I was born. Cliché drum patterns which were once unexpected repeat themselves underneath lyrics best to listen to when you’re on your trampoline. So bounce in the name of Kero Kero Bonito, the London-based musicians. This youthful, fun and party-prone trio wouldn’t have it any other way.

Kero Kero Bonito will begin touring in North America on Wednesday, October 12. They are set to play Music Hall of Williamsburg on Wednesday, November 2. Purchase your tickets to the show as soon as possible, you might see me in the audience, bouncing like a super fan. Also, Kero Kero Bonito’s debut LP “Bonito Generation” is out on Denim Records on October 21. 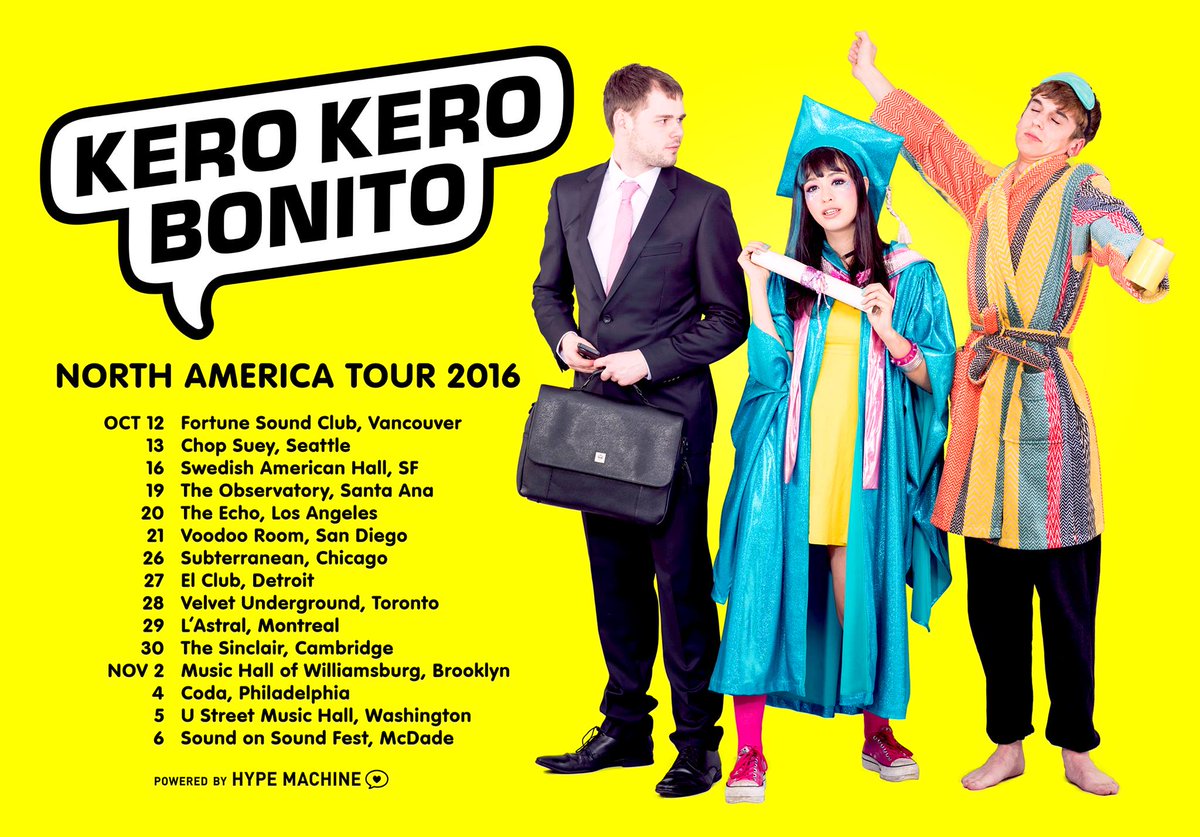 We’re KKB. We make music for the whole world. In January 2013, Sarah saw an advert for a rapper on an internet bulletin board. She applied and South London inter-school music friends Gus and Jamie agreed she was the best. We made a mixtape that Double Denim liked so much they had to release it again and then we toured round the globe. Sarah’s mum comes from Japan and her dad comes from England, so she treats her parent languages as one. Gus and Jamie program MIDI modules for fun and study international pop charts weekly. We picked the name just because it has a nice ring to it.

We have some pretty good songs like “Flamingo” (body-positive cartoon flute R&B) and “Sick Beat” (gamer girl power rap bass). Global corporations like Adidas and Topshop recognise the stylish competitive edge Kero Kero Bonito bring to classic brands. We played at an old folks’ home once.
Now we’ve finished our debut album, and it’s turned out just how we wanted. This is Bonito Generation!