I’m sure my neighbors aren’t exactly thrilled with me. I’ve been blasting ‘Jesus Is King’ on repeat for the last five hours—there is no other way to listen to this album—the audacity.

I live in a garden apartment in Park Slope, and watched my neighbor with an adjacent yard shut their backdoor and windows before the first song faded.

But why, in this secular time, do we fear God, hate the premise of gospel, and place our faith in politicians, dollars, and likes?

Leading up to the release of ‘Jesus Is King’ the media focused on the concept of Kanye, a figure that could easily be viewed as less than holy, releasing a Gospel album. What arose was a new image of the artist, a caricature of a broken man post mental breakdown, that found faith, became a religious zealot, and at the end of the day was unable to release an album on time.

After he discussed asking those working on the album to abstain from premarital sex during his interview with Zane Lowe, curiosity piqued. Overnight West fully transition from the crazy Black Man to the crazy Christian Black Man.

They don’t get it; it’s fine. The media doesn’t have to get it. The media has to capture attention to sell ads.

So, what is gospel?

As defined by Oxford, gospel is the teaching or revelation of Christ, the first four books of the New Testament, and a fervent style of black American evangelical religious singing, developed from spirituals sung in Southern Baptist and Pentecostal Churches.

This album is the culmination of everything West has experienced and learned in the last decade. The pain of losing his mother, the fear of almost losing his wife and daughter, the beauty of becoming a father, the anxiety of fame, and the humility of facing himself.

‘Jesus Is King’ is Kanye’s truth. These principles are how he healed, and this is what he believes will heal the world.

Recently Kanye has been public about his predilection for addiction. Besides talking premarital sex, West also opened up about his escapism during his Zane Lowe interview. How it manifested in his everyday actions, from porn addiction, he could trace back to age five to his reaction to Taylor Swift winning at the 2009 VMAs. “My mom had passed a year before, and I had said, ‘Some people drown themselves in drugs. And I drown myself in my addiction’. Sex. That’s what fed the ego, too. Money, clothes, cars, accolades, social media, paparazzi photos, going to Paris fashion week, all of that.”

In recovery, he was filling a spirituality malady, or simply a God-shaped hole.

The ‘Bible’ of Recovery is affectionately referred to as the Big Book and includes twelve steps and traditions as a framework towards healing for those suffering from addiction. After admitting that you are powerless over your addiction – Step 1. You face Step 2: “Come to believe that a Power greater than ourselves could restore us to sanity.” This step focuses on preparing addicts to let go of their need for control over everything in their lives by introducing the concept of a higher power.

Written by Bill Wilson in April of 1939, the higher power is simply referred to as God often throughout the Big Book, and for many is still the language used inside and outside of meetings.

The intriguing part of this step is defining your higher power as you see fit. Literally. Your higher power can be a tree, the bouncer who won’t let you into the club, or geometry; it just has to exist outside of yourself.

West’s faith is very much rooted in Christianity. His album, filled with a myriad of biblical allusions, still holds a sense of inclusive spiritual pronouncement.

His understanding of God will most likely be constantly evolving as he navigates his new life but the line, “Baby, let’s put this back on the tree”, ’cause we got everything we need” is proof of personal narrative release.

Where is your faith?

After a period of difficulty and a strong desire for clarity, I currently find myself vegan, sober, and abstinent. My understanding of people and the environments we exist in has dramatically shifted. I found a fuller understanding and respect for life, a strong sense of purpose, and my ego is the smallest it has ever been.

The most important thing I have gained during this, we’ll call it a cleanse, for lack of a better word, is a reconnection to faith. I understand the abstract term as a trust that you are exactly where you should be, that we are in constant transition and that gratitude and patience are the only control we do hold.

Whether you align your faith with some dude in a white robe and leather sandals, nature, science, or a unicorn shitting gold, this album will have you reflect on where your faith lies.

Above all, I applaud Kanye’s vulnerability, and I encourage you to approach the album as one man’s journey to freedom, not an album filled with religious allegory and dogma.

I also love Kanye and have never said a bad thing about the dude. You may not share my feelings, but there is one gospel that you cannot dispute, this album is good. 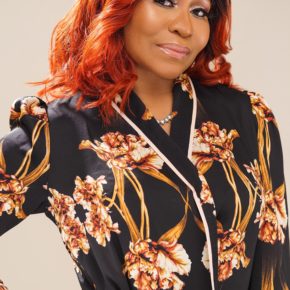 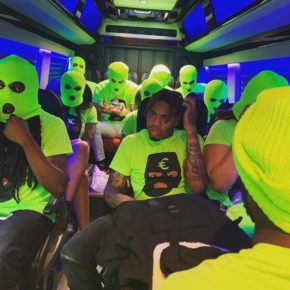