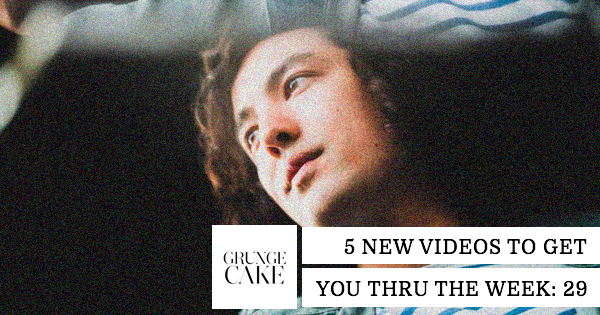 Jonas Blue – We Could Go Back featuring Moelogo (Submitted)

“We Could Go Back” is a song that appears to be lighthearted but I cannot help but point out the inevitable for some of its listeners. We’re going to pretend for a moment that most people have thick layers of skin and can understand, then take what I am about to say. I beg your pardon, but what is a “first date”? As a mortal non-Caucasian human being, who lives in North America, it doesn’t feel like there is time to second guess affection.

Have you ever looked at the map that represents the human sex ratio? You should. There are more women than men on this land; A significant amount. That means, the chance of me, typically a brown-skinned woman, finding a man (to commit to) is harder than the next woman. I don’t have time to get too deep into the psychology of men, so I won’t. However, it is imperative to know that the ultimate goal for all species is to master the art of clear communication. Whether you want to be with someone, or not be with them, I think it should be a fellow human courtesy to express—even if it changes. I could be blowing air up the ass of the universe, but typing that sentence was worth it. Someone somewhere might read this text and get inspired. Time is precious; We shouldn’t waste it.

I think it is one of the reasons why most men cheat. It’s because they want to, and there are enough women out there without a man. So they’ll deal with it: The infidelity, the disrespect, the sexually transmitted diseases, the insecurities of other women, and the inevitable blended families (if you’re around for that long). One thing’s for sure: You never know how one’s art is going to make you feel. Nor do you know what chords you are going to strike.

If you’re lucky, there’s something healthy to revisit. Otherwise, you’re like most of the single women in North America; Just doing their best, to be a catch, for a man.

Rizzloe – Fire on the Moon (Submitted)

Two things that crossed my mind the last time I watched “Fire on the Moon” were a church and Elvis Presley. Before Rizzloe begins to sing, you get a sense of its message. Back to the many lifestyles of music listeners, and what they might take from one’s art, based on what I hear the singer seems to be a Christian-mingling brujo. As the song progresses, he sings that he had to put a spell on his lover, and counts the devil as the third person in their presence.

Nonetheless, I can appreciate a undoctored voice. I want to assume Rizzloe sounds this way in person.

As noisy and loud as Metal is, it always seems to have a valuable message. As someone who is responsible and knows better, tomorrow does start today. You will not be able to accomplish much (or anything) if you do not act on it now. Personally, the reds and sepia tones satisfied the ruby fan in me. Next, the video game theme worked, too. It was hilarious because the countries and their special moves are hilarious. Whatever you have in mind, that has been on your mind for way too long, take it out of there and bring it to life!

In my day, I have watched many lyrics videos. Honestly, none of them is like the one for the German singer Astral Taurus. I believe the decision for this submission had to do with the rarity of penmanship and painting. It’s a good song, too.

Placing bets on the street, running from people in fear of losing your life, and carrying guns for safety? That’s what thugs do. Therefore, I like this video. Dutch Party is a Los Angeles-based band that sounds like they are from across the pond. According to its ending, there will be a sequel. I’m looking forward to the rest of the vision.

Here’s another tranquil, calming lyric video for a song titled, “Spaceman” by Francois Klark. Nothing beats any song with as much passion as his. I hope to feel this way about someone again.