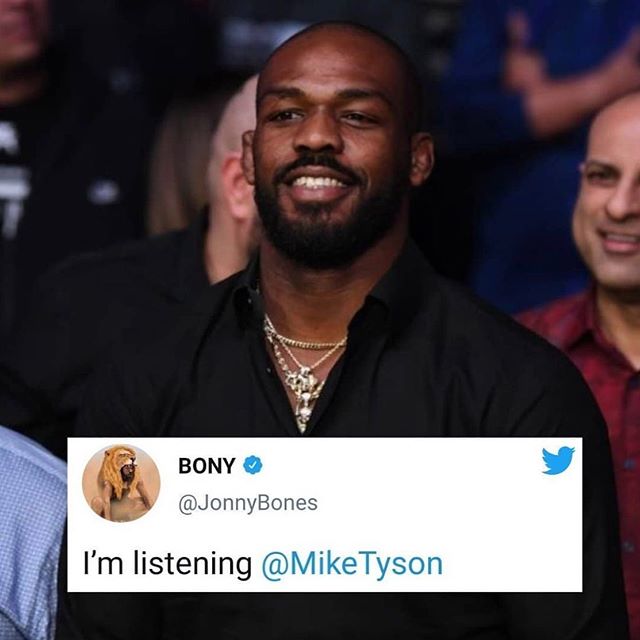 Reportedly, Jon Jones agreed to a “megafight” against Mike Tyson, one of the world’s greatest boxers. It came after the fifty-three year-old retired athlete suggestion that Jones would make more money if he went into boxing. Swiftly, Jones posted the following message on his Instagram account with over 5.2 million followers:

I’ll box you in the ring if you promise to give me a real fight in the octagon afterwards, Jones wrote. And because I respect you so much, I promise I won’t break anything on you.

@miketyson I’ll box you in the ring if you promise to give me a real fight in the octagon afterwards. And because I respect you so much, I promise I won’t break anything on you 👑

All of the banter seemed to happened after Tyson’s interview with Charlie Mack went live, where he commented on the money boxers make per fight versus other professional fighters.

“To make a $100 million, Conor McGregor had to fight Floyd Mayweather”, Tyson said, which is the truth.

Is it necessary for them to fight? I think both fighters are remarkable, but I don’t think so.