Jon Gruden received no sympathy as he resigned as head coach of the Las Vegas Raiders Monday (October 11). After reports emerged of him using homophobic, racist and misogynistic language in emails while working as an ESPN analyst. The emails were sent to former Washington Team President Bruce Allen. Also in the chain email spanning seven years from 2011 to 2018 were Ed Droste, co-founder of Hooters, Jim McVay, Outback Bowl president, Nick Reader (CEO and Co-Founder of the award-winning PDQ restaurant brand).

Jon is again being accused of being racist after The Wall Street Journal reported Friday, he used racially insensitive language to describe NFL Players Association executive director DeMaurice Smith in a 2011 email, referring to his physical appearance. “The email from Jon Gruden and some of the reaction to it – confirms that the fight against racism, racist tropes and intolerance is not over,” Smith tweeted. “This is not about an email as much as it is about a pervasive belief by some that people who look like me can be treated as less.”

Jon didn’t stop there, having more incentive commits about NFL commissioner Roger Goodell calling him “faggot”, “pussy” and a “clueless anti-football pussy”, saying that the commissioner should not have pressured then-Rams coach Jeff Fisher to draft “queers” about former player Michael Sam, an openly gay player chosen by the team in 2014.

Fisher responded on Twitter, saying, “Michael Sam was the SEC Co-Defensive Player of the Year in 2013, and we selected him in the 2014 NFL Draft based on his defensive production and pass-rushing skill set on the field.” “As a head coach for over 20 years, we drafted or didn’t draft players based on various qualities. Their sexual orientation would never – and should never – play a part in the decision-making process.

Based on the emails that surfaced on Monday night, that time may be now. If Gruden doesn’t choose to walk away in the aftermath of these disclosures, Davis very well could choose to terminate Gruden’s employment sooner than later. Monday, Jon stated by the Raiders, “I love the Raiders and do not want to be a distraction. Thank you to all the players, coaches, staff, and fans of Raider Nation. I’m sorry, I never meant to hurt anyone.”

ESPN First Take Stephen A Smith said, “Jon Gruden’s career is over”. Jon Gruden is gone; the cascade of incendiary and offensive emails sealed his fate. 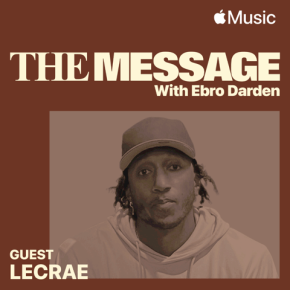