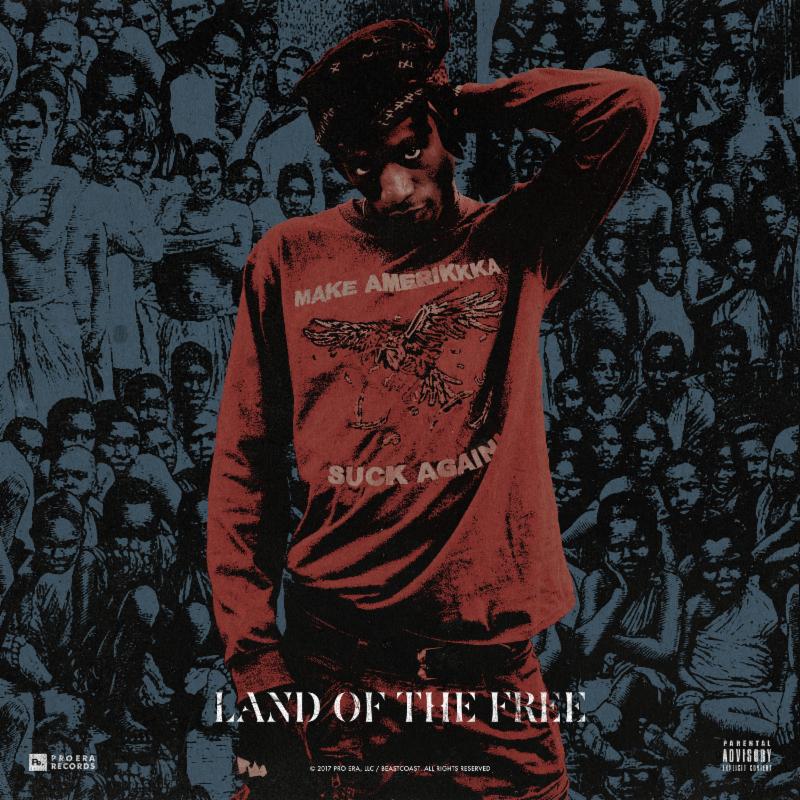 “Is America the land of the free?” Touching on topics that should be at the top of any list for most people, Joey Bada$$ joins unsettling conversations about our country, politics, and the 45th President of the United States. As Pro Era’s own celebrated his 22nd birthday and the anniversary of his first album, billionaire businessman Donald Trump was sworn in on Inauguration Day. On Friday, he released “Land of the Free,” a line that stems from The Star-Spangled Banner.

As a pertinent young adult who isn’t afraid to speak for himself and his voiceless fans, personally, I am proud that he takes on what he takes on. It is a responsible choice. Especially since America isn’t free anymore. Aside from stating that President Donald Trump is not equipped to govern the United States of America, he says that the land of the free is full of freeloading individuals. In addition, the artist also mentions the senseless murders of African-Americans here, disorganization of our people and the lonesomeness we feel and experience as a result of slavery and racial injustices, and the fact that most of us still have the last names of our slave owners.

For this reason, I would like to see this meaty record receive continuous radio support. Ultimately, the record is thought-provoking and on time. All things considered, the instrumentation reminds me of the production for the fellow Brooklynite Notorious BIG’s “Juicy.”

Accordingly, play “Land of the Free,” the provocative first single from the rapper’s forthcoming sophomore album, AABA. The track is co-produced by Kirk Knight & 1-900: