Nigeria has a humble music star on its hands, and his name is Joeboy: (Interview) - GRUNGECAKE

Things were just falling into place, Joeboy says about his “ordained” path into music.

Shortly after figuring out where I should sit for the picture-taking and conversation, Joeboy told me that he grew up in a musically-inclined family. His father played the keyboard in church, and his brother played the guitar. He used to go to choir practice with them back then, but he didn’t sing. He explained, “I liked seeing people do it, but I didn’t think I could do it.”

After finding out that tidbit, I wanted to know when he realised he could carry a note and win the world over with his voice.

Joeboy: The age I knew I could sing, I was like 16 or 17, and it was just like, baby steps. Like, if I am singing in the bathroom shower and there’s someone in the living room saying, ‘Oh, you can actually sing o’, and I thought it was all jokes, but I guess it was destiny because life kept pushing me in that direction. 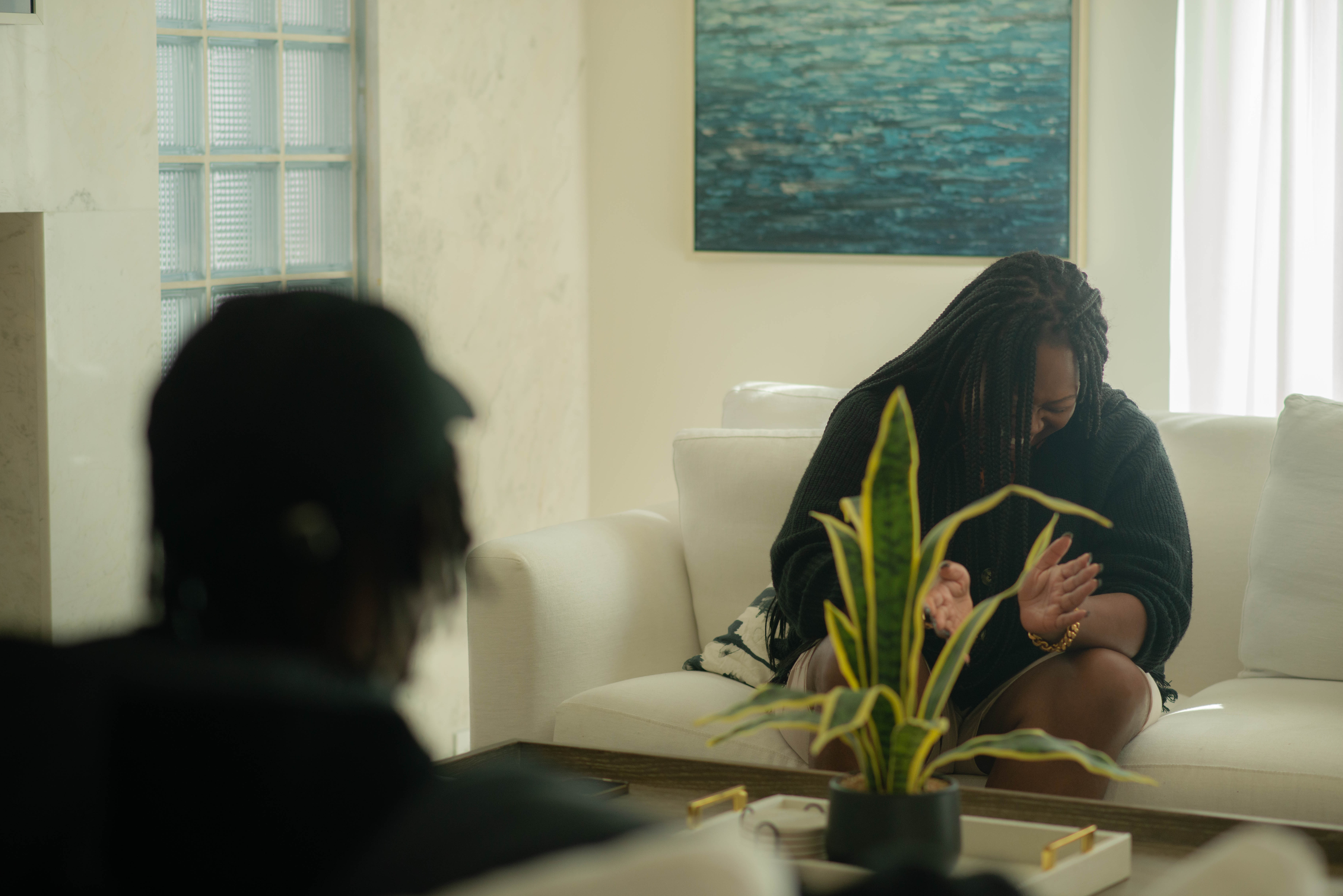 Before Joseph Akinwale Akinfenwa-Donus’ life changed, he became the Afropop star he is today; he supported a music friend. One day, the two were at a recording studio, and that friend insisted he record after hearing his voice. It was the first time he cut a record.

From there, Joeboy still didn’t take music as serious as his peers. He described his covers as “playful”, but the change didn’t happen until he covered Ed Sheeran’s ‘Shape of You’.

Joeboy: I posted it on Instagram, and people kind of liked it, so they kept tagging people.

As a result of the tagging on social media, Mr Eazi sent a private message to him on Instagram. According to the artist, that was the moment that he knew he wanted to take it on as a profession.

Joeboy: “Funny enough, it was kind of odd of me to sing in Yoruba at first. At first, it was like, I don’t know. I don’t know. I just couldn’t think of anything to sing about in Yoruba. So, what I started doing was if I wrote a song in English, I would try and translate it in Yoruba–just some parts–so people could know this guy represents where he is from.”

GRUNGECAKE: When you were singing (around the house), did it sound good to you?

Joeboy: No. No, I didn’t like my songs for the first two years. Even to the ‘Shape of You’ cover, I used to cringe.

Joeboy walked me through the day Mr Eazi reached out, and he recalled being at the University of Lagos studying Human Resources and Personnel Management, hungry, literally. He was having a bad day, but his belly was full when he received the message with his label owner’s number. You’re probably reading this and wondering if Joeboy completed his studies and earned his degree, and he did. He says he graduated with a BSC. 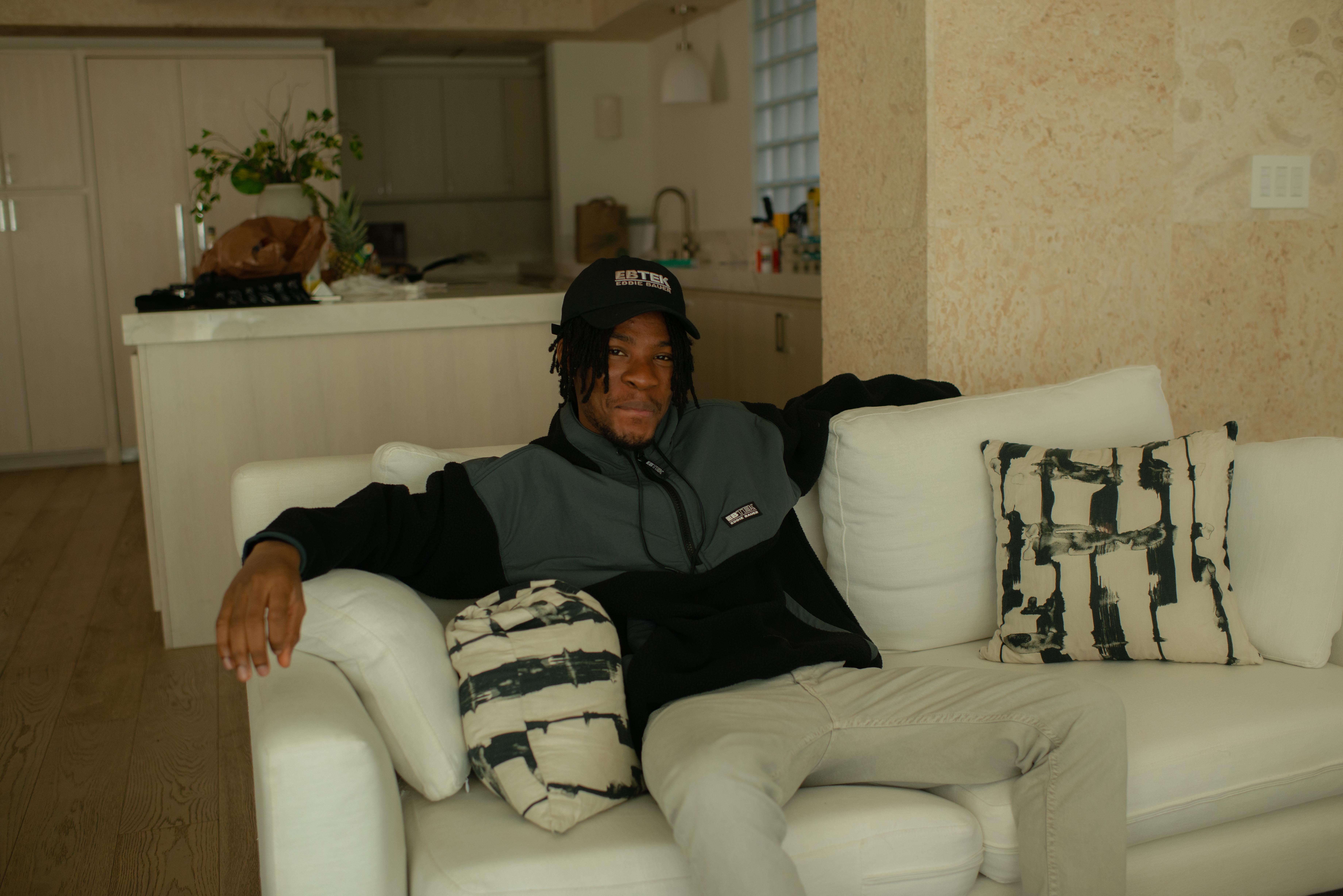 Joeboy: I made sure I finished for my mom, and I wasn’t interested anymore. I can’t lie, but my mom actually made a lot of sacrifices to make sure I went to school, and I owed her that.

GRUNGECAKE: Yes, I know. African parents are very interesting [when it comes to] school. 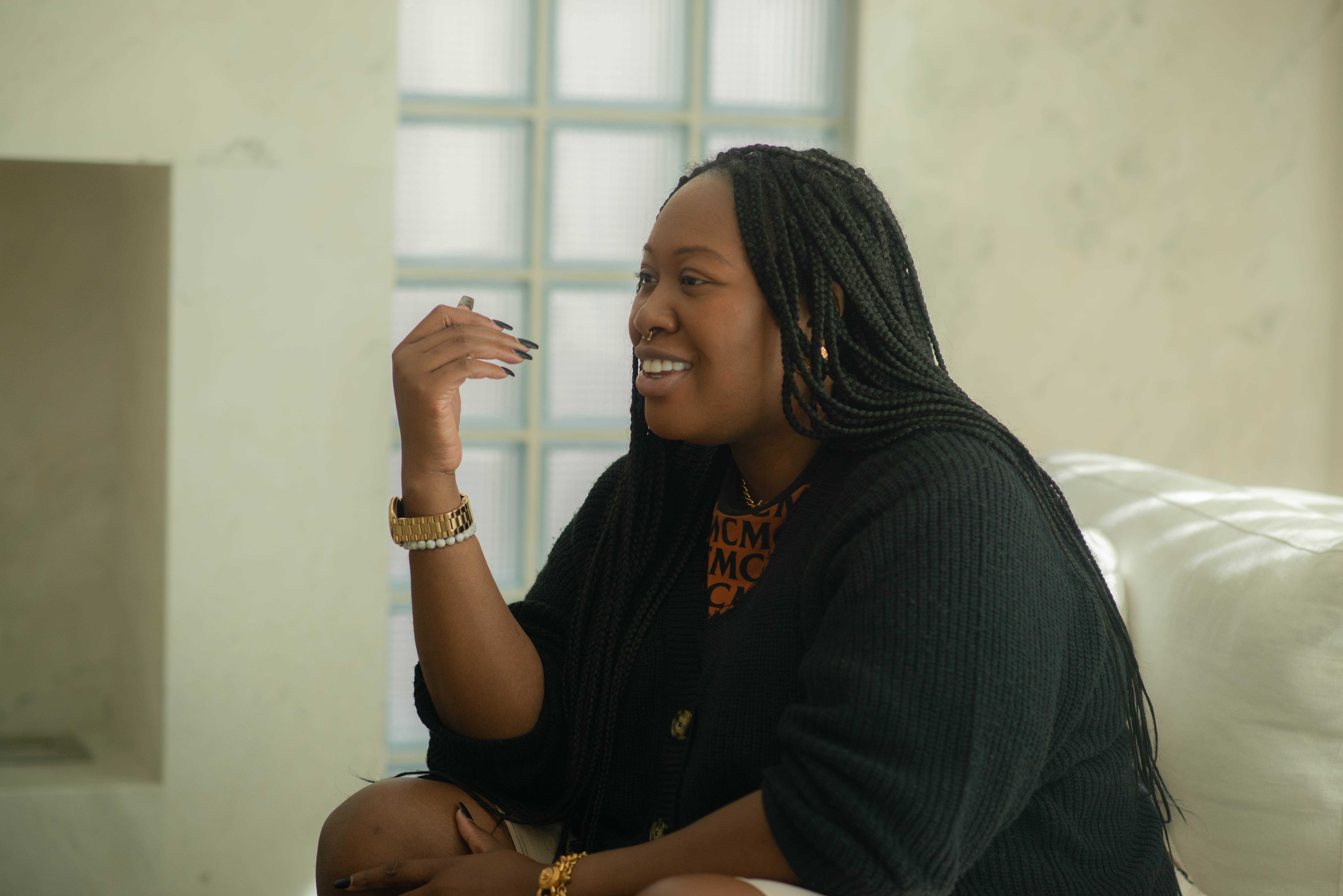 Further into our discourse, Joeboy loosely shared that once he felt unworthy and couldn’t compete with the talent level in Nigeria. He praised Davido and Wizkid for not being human and being “too special” when it came to the calibre of songs they were making at the time. Aside from the greats, he saw plenty of other talented people try and fail. After facing that reality, he couldn’t see a clear path to success because of his self-assessment at the time.

If you ever get the chance to meet rising Afrobeats star Joeboy, you will find that he is super cool to be around, funny, detailed when he’s speaking, has profound thinking, adventurous, and he embraces artistic evolution ✨ @joeboyofficial pic.twitter.com/f3G4Gn6XOe

Joeboy performed for the first time in the US at Sacramento’s Lost In Riddim festival, in a standalone set and with the man who gave him a chance, Mr Eazi. I asked how he felt about his performances at the festival, and he said, “the crowd was lively, the energy was good; the sound was good—thankfully.”

I asked him what his favourite song to perform from his album ‘Somewhere Between Beauty & Magic’, and the track he liked most. He said ‘Show Me’ is the track he enjoys performing most, and ‘Police’ is his top record. ‘Show Me’ makes him feel like Michael Jackson. 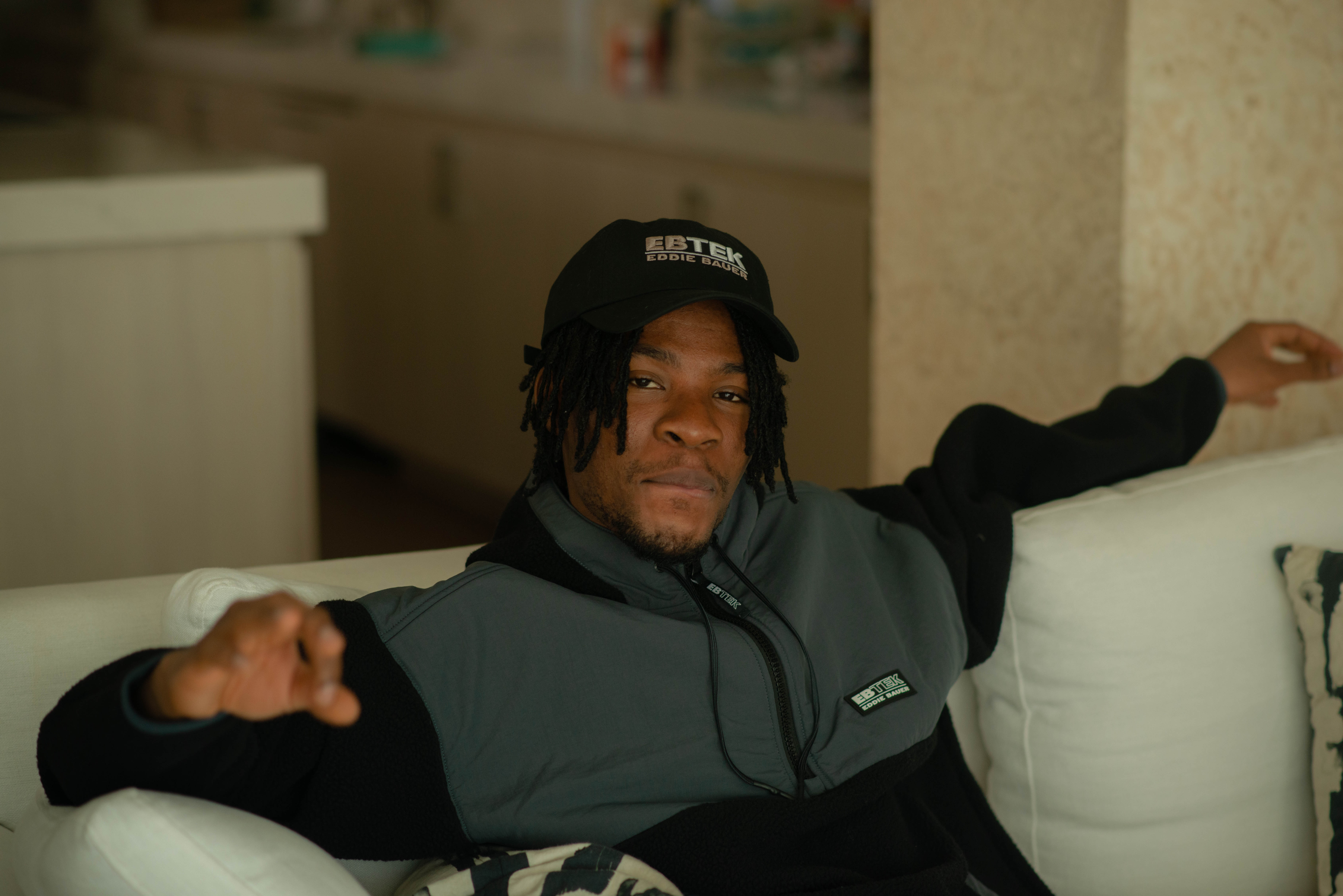 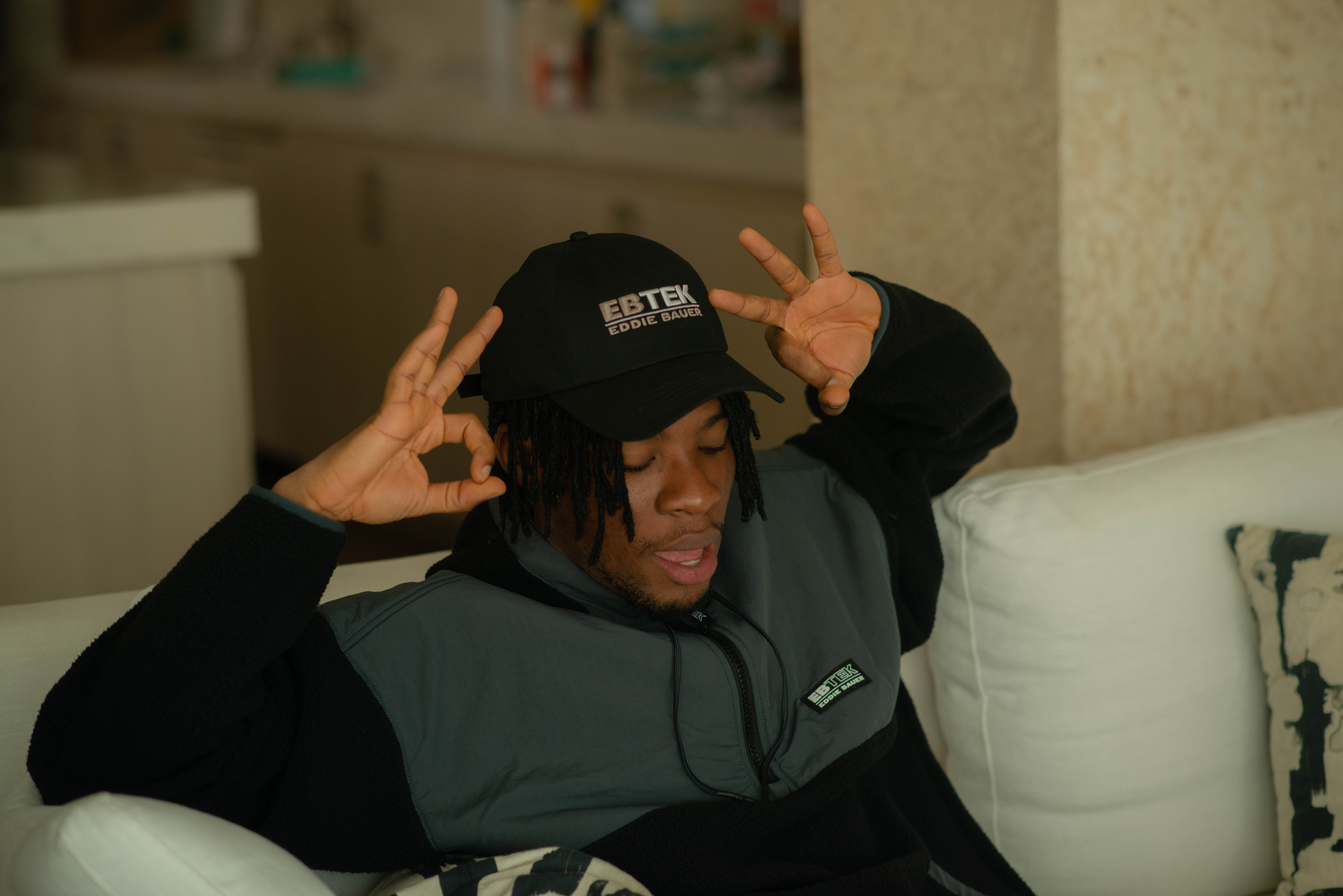 From featuring on the #1 song (CKay’s ‘Love Nwantiti’) in the world last month to earning multiple charting positions on his own with ‘Alcohol’ produced by Tempoe, all signs point up for Joeboy.