Jenny Watwood is one of the busiest women in the business. Once upon a time, the published model’s calendar wasn’t always full. She grew up in a town called Mesa in Arizona in government housing until the age of fourteen. According to Watwood, she had a rough start but credits her upbringing for her strength. After landing the cover of the legendary Playboy’s March/April 2018 issue, her visibility increased—changing her life forever. Watwood is funny, down-to-earth, philanthropic and a creative businesswoman.

Though things may seem like they happened as a result of her recent feature with the late Hugh Hefner’s world-renowned publication, it’s imperative to know that she’s been working under the radar for a while. When she isn’t in front of the camera, she’s working on a female-focused television series with a friend named Rachell Vallori. And on other days, she works with The Jack Brewer Foundation. She speaks volumes about the foundation based on her first-hand accounts.

Congratulations on landing your first Playboy Magazine cover. What was it like to work with the legendary publication?

I was a bit nervous doing my first ever nude shoot, but the entire Playboy team was so professional that I forgot I was even naked. I was really excited to work with Playboy because it’s such an iconic brand, so when I was offered the cover I was ecstatic, to say the least. It’s a part of history now and I’m happy to have been chosen.

You are the leading woman in Maluma’s ‘El Préstamo’. Did you know him before shooting the video? If not, how did you two meet? What was it like working on this video? Did you have to prepare much in advance for the role?

I didn’t know Maluma before I was selected to be the lead in his latest single ‘El Préstamo’. We met on the set of the first location. Jessy Terrero, the director, introduced us as soon as he was ready for both of us to start acting together. He’s a gentleman and a really great person. I loved working with the entire crew, from the stylists and makeup artists to the director. It was a really big production but also very intimate. I didn’t have much time to prepare as I was chosen the day before and flown out the day of filming. Everything is last minute in this industry, so you just have to be prepared for everything. 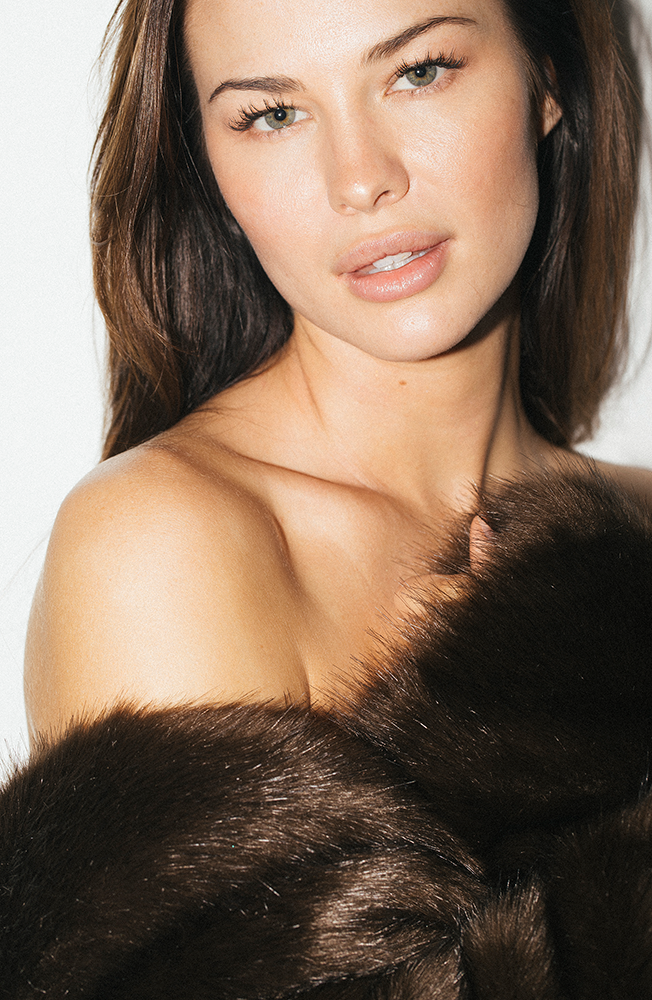 What was it like growing up in Mesa, Arizona? Do you think there’s anything specific to your Mesa upbringing that makes you who you are today?

I had a pretty rough start in life living in Mesa, Arizona. I grew up in government housing until I was about fourteen-years-old and got out. I wouldn’t trade those hard times for the world. 100% they made me who I am today. I’m such a strong person and very motivated to always move forward in life because I came from nothing. When I look at where I came from I’m just thankful for everything I have now and the life I’ve created for myself.

I read that you like to paint as you smoke—or after you smoke. I grew up, illustrating and later, that turned into designing when I started college. What was your last painting? Do you have a favourite painter? Do you paint for friends?

I love to paint! My oldest brother is an amazing painter and always made his own canvases of all sizes. He’s who inspired me to get into the art world. Willy Watwood is my favourite artist ever. I do like to smoke and paint, it helps my creative juices flow and helps me to not be so critical of my work. My last painting was actually of an avocado for my lover. He says, “We fit perfectly like avocado slices.” So, I just thought it was appropriate. Haha.

We are from different parts of the country and cultural backgrounds, so many people would assume we don’t have much in common, but based on your interview with Playboy, I feel like I know you. A lot of what you believe is parallel to my beliefs. Do you feel like people mention marriage or having a baby to you because you are a woman, who is beautiful and successful?

I always get the marriage and children questions, probably because I’m a woman. The thing is, times have changed and so have traditions. I never had this desire for marriage and motherhood like so many girls I know. I only dreamed of travelling the world and creating a career for myself that I truly love. However, I’m not against those ideas. I do believe in love and if the person I’m in love with wants those things, then I’m more than happy to become a mother and a wife while still being the career-driven woman I am.

Let’s say you’re in a city where resources aren’t present for maintenance of success or a good life. To be specific, I grew up in the desolate areas of New York City because of marginalization and/or how much money my mother earned. What would say to a room filled with young ladies, who are having a hard time finding the inspiration and motivation to get up and do something positive with their lives?

I came from that place of zero resources and here I am. What I’d tell anyone in the same situation is this, decide today. Decide what purpose you want in life for yourself. I didn’t know an exact path, but I did know what I wanted my purpose to be. I needed to travel the world to become more aware of what’s out there. I wanted to build a platform for myself so that people would hear this little girl from the ghetto and be inspired to do great things. I didn’t choose to model for any other reason but the fact that it would allow me to do all of this. You can create your own purpose. What do you want for your life? Then decide that every day you’re going to make a step towards that. It might take years or even decades, but you will be who you want to be, and you will be proud of yourself and your decisions. I reached out to a local photographer and told him I wanted to shoot so I could take those images into an agency and get signed. No one was going to come and discover me in the neighbourhood I was in. I had to reach out and ask for help. Opportunities don’t always find you, sometimes you have to create your own opportunities. 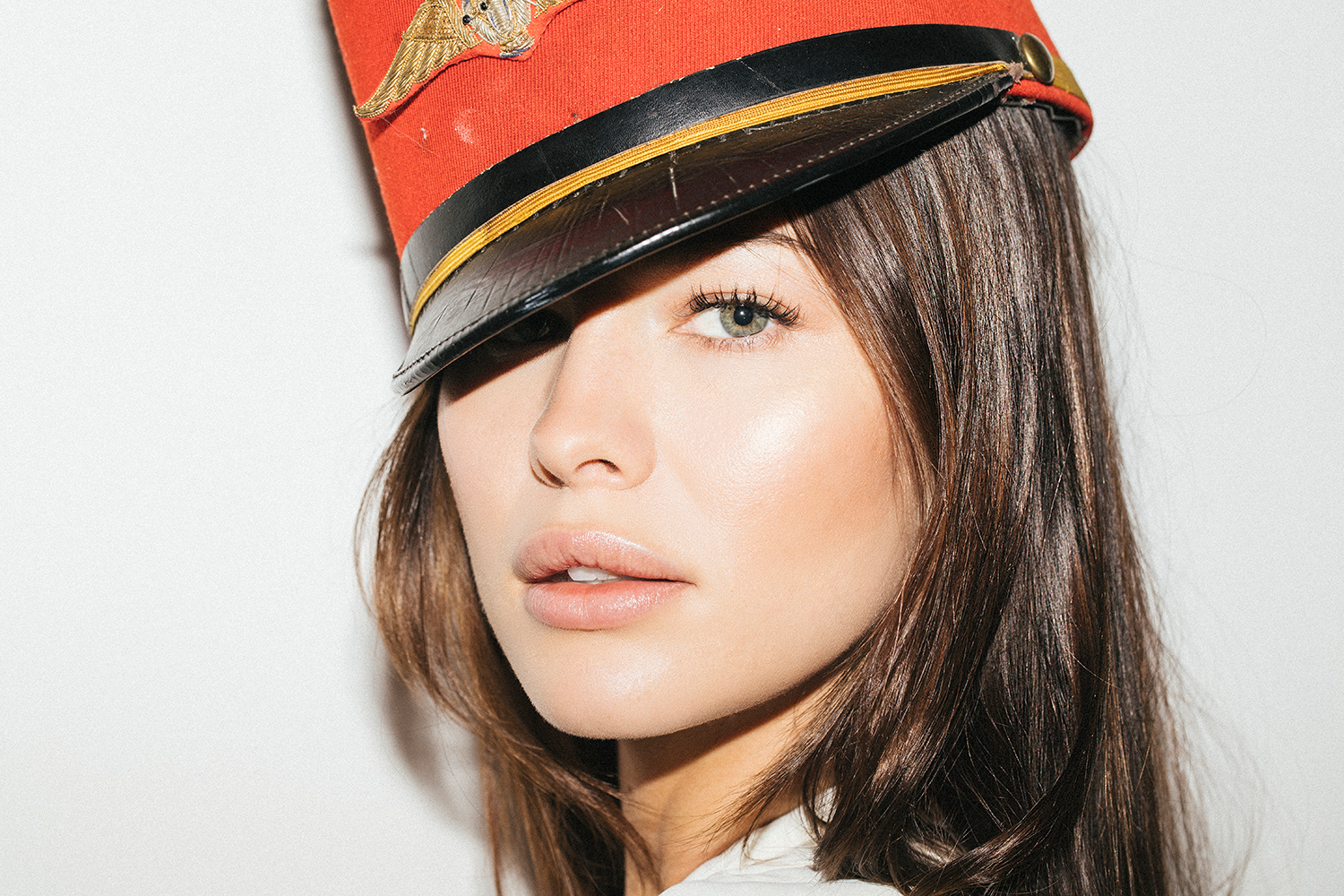 Tell me more about The Jack Brewer Foundation. How can others get involved? You’re also working on a female-focused television series. What can we expect from the first season?

The Jack Brewer Foundation is an amazing charity that raises money and awareness for all kinds of nonprofits through influencers. Influencers like NFL stars and models such as myself. What I love the most about JBF is the fact that the money goes to the cause unlike a lot of others. I went with them to Haiti last year and I’m telling you that being there and seeing the change happen for yourself is unbelievably incredible. Anyone wanting to get involved in JBF can visit and donate to the cause.

I am working on a female-focused series with a good girlfriend of mine, Rachell Vallori. We wanted to write a show that really hones in on what life is like living in Los Angeles and the curve balls life throws at us as we strive to make our dreams a reality. We’re both young career-driven women and really wanted to show the world what we’re capable of accomplishing. Hoping to inspire others like us to get out there and make it happen!

Lastly, when you read/heard the name ‘GRUNGECAKE’, what came to mind?

When I heard I was going to be interviewing with GRUNGEAKE the first thing that came to my mind was this could be a fun/edgy interview. I was stoked!