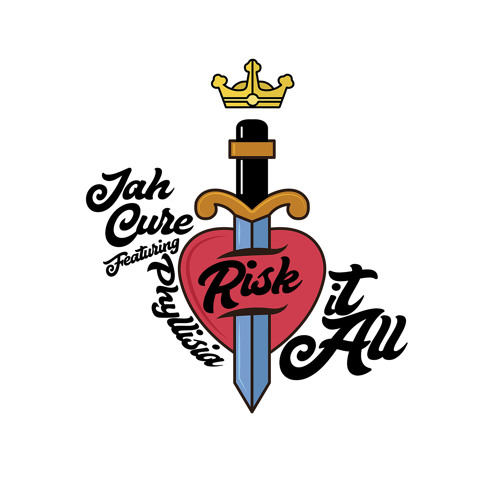 With the familiar trope of his music being about love and virtues of righteousness, Jah Cure is back with his new single ‘Risk It All’. As an unshakeable descant kneading up against a slow and steady rhythmic melody, the essence of this song shouts “summer vibes”. The track features vocals from powerhouse Phyllisia Ross which helps to balance Jah’s crooning voice. As the duo have a history of performing together, their energy on this track gives a sweet Lover’s Rock overtone.

Jah Cure grew up in Kingston, Jamaica and received his first bit of stardom at the age of eighteen after releasing his single ‘King in The Jungle‘, featuring Sizzla and produced by Beres Hammond. He is Rastafari and is affiliated with Bobo Dread sect, which is known to advocate for social justice. Cure’s career came to a halt after dealing with some legal issues that put him behind bars. However, that did not stop him from pursuing his music career and releasing albums. In 2015, Jah Cure was nominated for his first Grammy nomination for Best Reggae Album. The album held the number one spot for three consecutive weeks after its debut and retained its position on the top ten United States Billboard Reggae Album Chart since its release. Now that he is back in the limelight, his music is a fresh and delightful sound of reggae with elements of Pop and Rhythm & Blues.

On ‘Risk It All’, Cure is speaking of unconditional love and the depths he is willing to go to receive it. The oscillating percussion, velvety guitar along with amorous harmonies on the track exudes a sentiment of warmth that makes you want to keep listening. As Cure and Ross go back in forth exclaiming how they feel about this wholehearted want of indulging in a perilous love affair, their voices mesh to give life to a passionately tranquil momentum.