Photos: Courtesy of the label

One thing we can always count on when it comes to Jadakiss is his innate skill to deliver his messages in his music. Unconsciously playing the role of an older brother, or a father-figure to the fatherless, the Yonkers, New York-native often teaches life lessons through his songs. Being able to work with new school artists like Ty Dolla $ign on ‘(NYB) Need Your Best’ and DeJ Loaf (‘Gov’t Cheese’), collaborate with acclaimed R&B singer and People’s 2019 ‘Sexiest Man Alive’ John Legend on ‘I Know’, Jadakiss is timeliness and shapeless.

I like all of the records, but nothing comes close to the production and his delivery on ‘Me’, as he funnily recounts going to “war” with Beanie Sigel and 50 Cent, and wanting to drop a refrigerator from a building on Puff Daddy, now known as Diddy. Stream the thirteen-track album ‘Ignatius’ below now. It is a healthy blend of Hip-Hop/R&B, the blended genre popular during Jadakiss’ prime with The Lox.

On ‘Closure’ featuring Chayse, Jadakiss sends his condolences and acknowledges his friends and peers he’s lost in the entertainment business from Kobe Bryant and his daughter Gianna to Juice WRLD and Nipsey Hussle. By the end of the album, you may feel you know Jason more through Jadakiss’ incredible transverse songwriting. 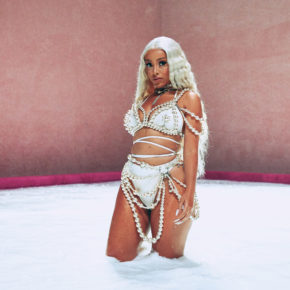