Vegas-native DJ Kid Conrad is out with a hot mix for the season titled “Haze of Summer”. Well-respected in the game, he blends genres to create magic people connect to. From residencies, to high-energy events, this young creative is making a splash onto the scene. With a diverse palette in music, his West Coast persona adds to the laid back style of sound. Make sure to show love when you see him spin. We had time to chat with him, to not only discuss his brand, but influences, favorite spots, and work ethic. Being a creative is a true hustle, but there is nothing more timeless than living out your dreams.

“A lot of times there’s no vibes in between with the space of the DJ / crowd. I’m all for embracing everyone.”

Wanting to diversify his music, he recently released the “Haze of Summer” mix via SoundCloud. He describes the mix to be a twist on the old / new. For those who aren’t familiar with his work, his overall sound is a reflection on interactions with the crowd experience.

“I like to have someone leave after hearing me play, and have something refreshing stick after.”

Having a huge connection to the West Coast, the sound has influenced him tremendously. Born and raised in Vegas, he developed his sounds from the Bay Area. Artist such as YG and Too Short are also influences to the Cali-wave. Sonically, his work transitions over to the East Coast. With experimentation in various production styles, a universal approach to music is developed. 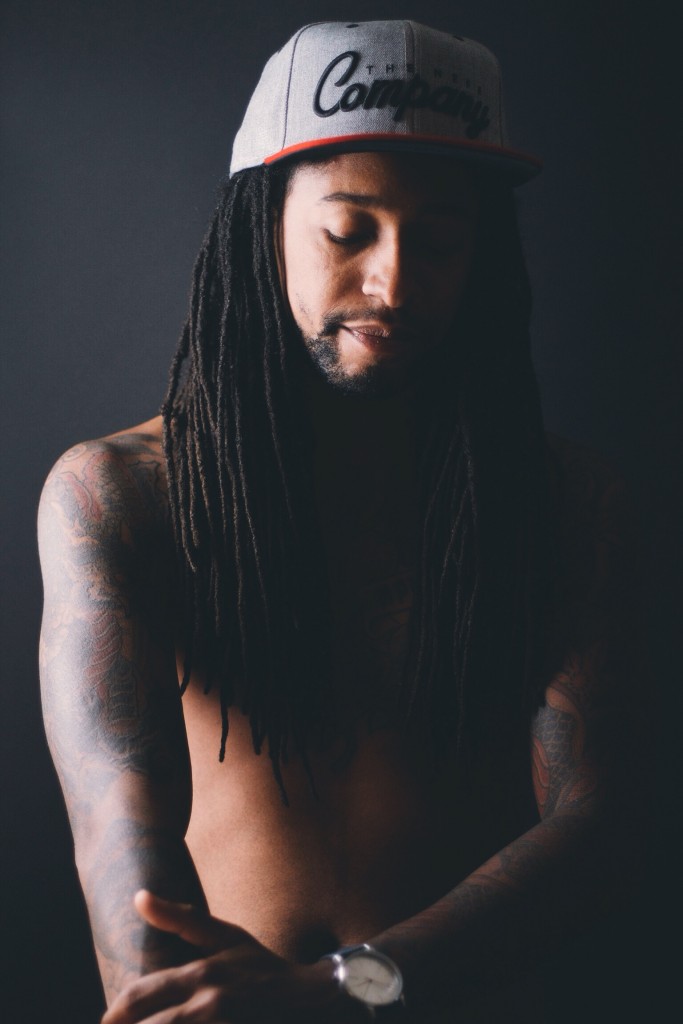 As Vegas continues to see changes in the music scene, tourist affect the culture. Steering away from EDM / Club, Kid Conrad doesn’t challenge the crowd. Yet, blending the proper amount of songs to keep everyone happy (from the managers cutting the check, to the overall space) music is an open format. At the end of the day, “Vegas decides what the Vegas sound is.”

When it comes to creativity, his process consists of listening to various DJs in his down time. He listens to wordplay that’s unknown, opposite of what you normally would hear. With that being said, experimentation is a key aspect to how he executes his work without it sounding cliché. There are many lifestyles to a DJ. From residencies to events and parties, working with diverse crowds helps hone style. Whether it’s college kids or cocktail parties, the age bracket gives him an edge in balancing music.

Who inspires Kid Conrad? Well, his top five DJs in the game range from retro to modern day influences. As a fan years before immersing into the culture, he sites DJ Jazzy Jeff at number one. Jans Sonoza out of the Bay Area comes after, next to J Espinosa and DJ Scene. Then, DJ Four Color Zack, and the legendary DJ Scratch complete the set.

“DJ Scratch has been a major influence. His character is what I admire the most.”

In terms of favorite venues to spin, his top five include 1OAK, The Bank, Daylight Pool, The Liquid, and Commonwealth. He credits 1OAK for being home to his craft. Having a tight bond with the staff / crowd, the atmosphere is like a family. Knowing the foundation of DJing, vinyl is a main tool. Yet in this industry, is there a preference between vinyl and digital? When comparing the two, Kid Conrad gives his take on both mediums. Playing in the club, having a laptop with music already downloaded is number one. He then explains that while having a ton of vinyl at his house, digital is way more convenient to spin.

“DJs should have mad love / connection to vinyl.” “It’s classic.” 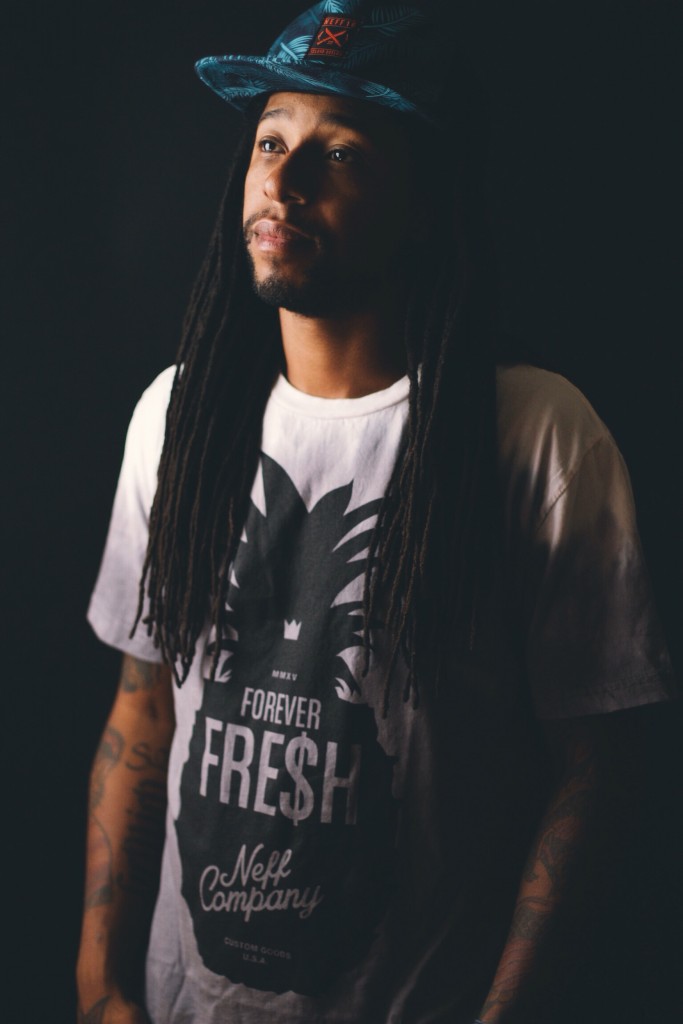 As a creative, it’s important to explore new boundaries with your skill set. When it comes to traveling for work, his favorite places include Los Angeles, San Francisco, and San Diego. Usually there fore a night, he always arrives to his destination via plane. Before landing, he contemplates on the event, and how to take it up a notch. Finding ways to make that one night cool for the people is important to a memorable performance. With thousands of records being played, there’s always that one special record the DJ connects most to. “Classic Man” by Jidenna reigns in as that special track.

“You don’t have to be at a club with pants saggin’ down your ass, but you can wear a three-piece suit and kill it.”

Many creative individuals also have a special moment with an icon they respect. Kid Conrad tells a brief story on the first time meeting DJ Scratch.

“When I first met DJ Scratch at the Palms, I don’t know what he was doing there, but I recognized him. We took a picture and I shook his hand. I was like wow; he never lets the celebrity get to his head. He never needed to be in the spotlight hard, but what ever he does, he kills it.”

The music and entertainment industry can be tough, but those who stay dedicated to the artistry prove resilience. Kid Conrad’s grind is seamless.

As the Summer month approaches, there are a couple forthcoming projects supporters should be on the lookout for. Currently working with other DJs / Producers, he is still in the development stages of creating new music. If you’re in Vegas, you can get a physical copy of his mixtape at the Feature LV boutique. Labeling the tape as chill, with elements of Disco and old school Hip-Hop, you’ll tune in to the signature West Coast vibe. If you cant make it to Vegas, don’t worry he made sure you can stream it online as well.

Connecting to the GrungeCake brand, Kid Conrad thinks being a DJ with music at the forefront, he’s able to break records, understand the people, and see the latest fashions all in one element. He feels that aspect of the subculture merges with GC as a whole. As a brand, he is excited to provide music to the site and be part of the lifestyle.

“Shoutout to my Blackout artist fam! We are going to continue to making good music, and have fun with everything we do.”

DJ Kid Conrad is on a constant campaign to keep the essence of the framework alive. His career is rising to amazing opportunities, connecting with other creative minds. Like many, music is the core to our everyday lives. Music heightens nostalgia, references challenging times, yet brings an overall happiness to existence. The DJ plays a key role in reminding us to never let the music die. Remember those feelings hearing a specific song play at the right time. Think about the endless memories music brought you, family and friends together. Reflect on that one record you couldn’t stop listening to after playing it back in your head a hundred times. That’s the spirit of the DJ. That special language is vital to extending the tradition.

We are excited to see more crazy compositions from this guy. Welcome to the GC family DJ Kid Conrad! Keep the fire going.