I have been peeping this young self-made talent for a minute now, so I was excited to interview Sheefy McFly, who is a dope emcee and amazing artist and painter. Every once in awhile, an artist catches my eyes and ears, and by some grace of a higher-being than myself, I tend to see a 100% pure artist and star. In the past, I seen it with some of my earliest Detroit heroes (5 Elementz, T Da Pimp, Phat Kat, Wasted Youth, and Laswunzout). All mentioned are originals in this music called Hip-Hop, so it is an honor for me to let one of the new Detroit artists, I believe in and think will carry the torch, speak his mind. 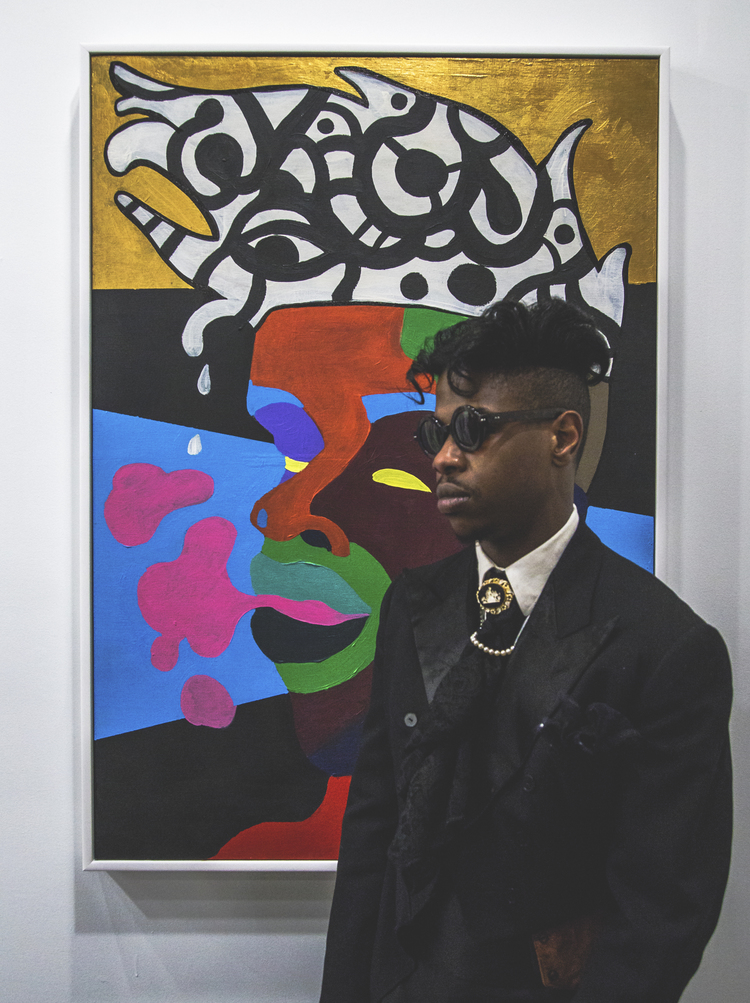 I know that was kinda heavy but to me, it is great to see the new Detroit talent. Are you ready to carry that torch? And why?

Yes, and I am ready to carry the torch because I feel as if I showcase and project light on a whole different spectrum of Detroit. I grew up in the inner-city and I still am a Detroit resident. I don’t highlight the negativity and turmoil of my hometown, like many other creatives that are from here. I want to show the hidden beauty, plus spread the history and culture of my city. It feels as if what I’m doing has to be done to help create outlets for the generations of Detroiters and Michiganders under me.

I will get this outta the way: How do you feel about being labeled or compared to other artists? I used to get compared to Em or Everlast, for no reason besides my look, at the time. Because your style and flow are different, cats might be like: You sound like Danny [Brown]. How does that make you feel?

Being compared to Danny Brown is honestly a compliment. In my eyes, he is iconic and he made it easier for eccentric-hybrid artist like myself in Detroit to gain global recognition. If someone compares me to Danny, it makes me feel that much closer to being a iconic figure because that’s what he is. 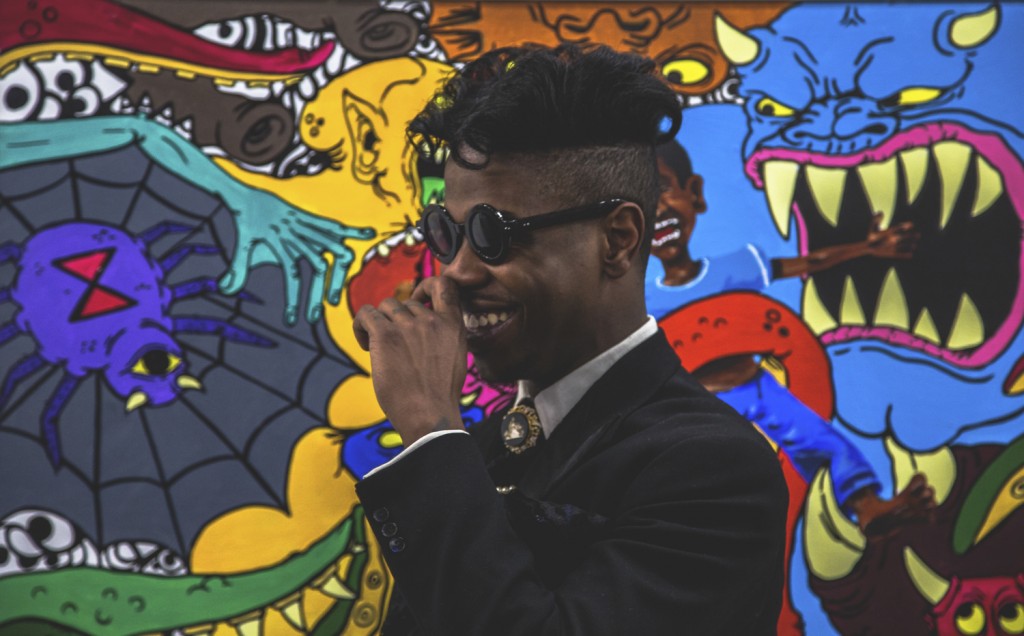 Yo, I love the fact that you have multiple artistic lanes. First, I will like to ask you: What is your goal with each, separately? (Your emceeing, your painting, and your production.)

Honestly, all of it is just expression. Me, capturing my emotions or concepts at the very moment of the creation, whether visual or sonically. My only goal is to be able to live lavishly off of all of my creations.

Which crowd is more annoying? The artsy-fartsy-whoop-whoops? Or the rappity-rap-raps?

They are both hella annoying but I’d say the rappity-rap-raps because they have no shame. They’ll spam you and stalk you until you answer them — and if you don’t like their music — 8 times out of 10 you can be seen as a hater.

Rappers hella competitive but the artsy-fartsy is annoying too, rich kids that want to dress like poor kids. People that desire to find tribulations in life because they never experienced any. To even experience and understand art, you have to have been groomed in a certain spot in society because in the inner-city, they cut your wings short of any vision of escape… But hey, I just really don’t like humans at all to be honest. 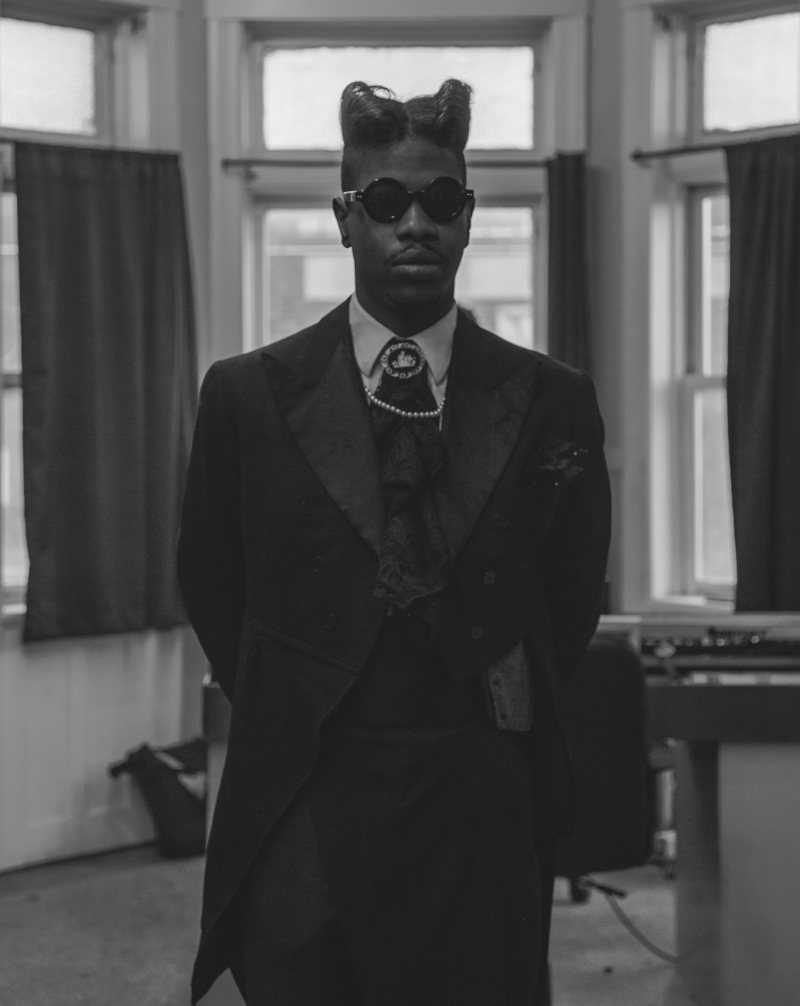 Who were three influences that inspired you to be you, at this point in your life?

I love your production, with your alter ego Edward Elecktro. Very ill in my ears. What is your goal and mission with that?

Edward Elecktro in my eyes is the Techno demon that posseses me. In Detroit, back in the 90’s, all you heard on the radio was booty mixes and with Techno being invented in Detroit it’s subsconciously in the inner-city’s bloodline. Over the years, the inner-city has been blinded to our own homegrown genre. They’ll make you think Techno is white music, and it sort of is because of the subtle influences from European Electronic musicians such as Kraftwerk. However, Techno sprouts from Detroit asphalt. Edward Elecktro is the wrath of Detroit Techno. He is here to continue and evolve the legacy of Detroit Techno and Ghetto Tech.

Over the last couple of years, I have seen you step your painting and art game up big time, and being more public with it, and that makes me happy. How do you feel about people taking notice? And what is your goal?

Honestly, I’ve been painting all of my life. I went to grade school — middle & high — specifically for art and I attended the College for Creative Studies, a private art college in Detroit for Illustration and Fine Arts. I only started doing music, outside of it being a hobby when I started making enough money to pay the bills and live off of it with. But now since I been focusing more on art, it’s like I’m rekindling with my first love. Art is my wife and music is my mistress.

What is next for you? Any new albums? Or any new art shows or art projects on the horizon?

Dropping a new Hip-Hop album in the Summer named Detroit Slim, working on a self-titled solo exhibition in the Fall, and I’ll be releasing a vinyl soon with the help of the Detroit legend Moodymann. That’s what I’m focusing on but I have a few other things up my sleeve as well.

Much love for your time, and much love for being a real deal. I got two last deep questions:

Would you rather be Violent J without makeup and stage gear on the daily or be the balding Coolio with only two braids left?

I ain’t gone lie, G. I really don’t know of them lmmfao. I know they both legends n shit, I guess Coolio only because he made Gangsta’s Paradise.

And would you rather be stuck for a week in a cabin in the woods with Star Jones or Grace Jones? And why?

Grace Jones, only because we can have strange weirdo sex for a week straight. I feel like I could finesse it, and we would have some amazing photos together. Plus, make some great music. We’d just might make a beautiful chocolate love child.

Thanks homie. Really looking forward to see what the future brings your way.