Stating that this album will sonically capture all of her moods and depict what she really wants to share with her audience, 26-year-old Mika Newton discusses why it is important to be a versatile artist. Currently, she is in the final stages of her working on her new album with Randy Jackson. More on how they met below. 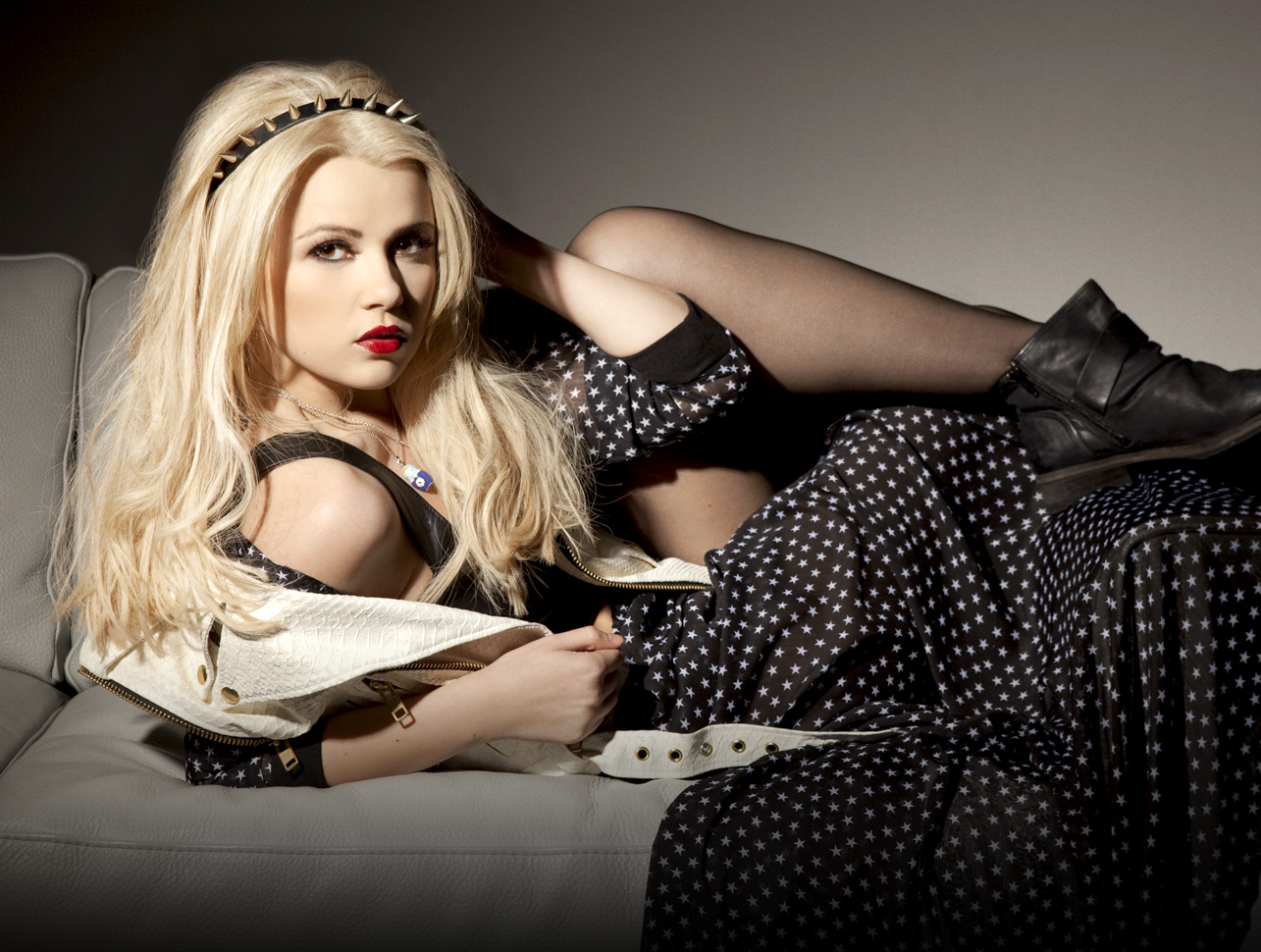 Come Out and Play is a pop rock record that talks about the simplicity of romantically pursuing a man that seems to be down on his luck… probably, recently dumped. Mika’s asking him to come out of his slump and “come out and play”. Toward the end of the song, she tells him what she doesn’t need in order to “play”, but what she expects.

We assume, it is safe to say Mika wants you to forget whatever’s bothering you or stopping you from achieving your goals and dreams by stepping outside (come) and handling your business (play), whatever your business might be.

Come Out and Play will be released (again) on Monday, January 14 through American Idol Judge Randy Jackson’s new label Dream Merchant 21. As explained, when she was a youngster, she recalls being cheery all the time. No matter the weather in Ukraine, even then, she gleamed and that attitude remains in her adulthood. Mika is a ball of gaiety! In her adolescence, Mika, then Oksana Hrystsai started singing professionally in her native tongue. It wasn’t until she moved to the United States, she learned English. She says it only took six months.

It happened so quickly, because I love to talk to people and I love to sing and that’s why I learned it so fast.

Two years ago, she moved to the Los Angeles, which she deems her second home away from home.

On her stage name

Mika Newton was given to me by my first producer. He found me at an Ukrainian music contest. He said to me, ‘I think you will be an international star.’ He said it was hard to pronounce. I was sixteen [years old] at the time. He sent the name to me in a text message: Mika Newton. It reminded me of the English physicist, Isaac Newton. I really liked it. It symbolized something new, new Mika.

In her music video for Don’t Dumb Me Down released in the beginning of the Summer last year, she spins off NBC’s Deal Or No Deal with Dumb Or Not Dumb.

This song is co-written by Rune Westberg who’s worked with Rebecca Black, Adam Lambert, etc. and BC Jean, who’s responsible for the smash hit by Beyoncé’s If I Were A Boy. This music video premiered on MTV Buzzworthy; was one of the site’s Top 10 Most Viewed Videos and has over 1.3M views on YouTube / Vevo. When asked what were some of the Ukrainian games she played as a child, she went onto explain the equivalent of Hide and Go Seek.

We played it on the whole street, on the whole block. We played for two hours. It was a crowd of people when we played this game.

Rightfully promoting her singles in New York and China, she’s also going to Singapore to promote her single next month.

On why she moved to America to pursue a music career

I really honestly love people. I needed this experience. More culture and experience. I want to meet everyone in different parts of the world. I love America so much. I love Los Angeles. America opened me up a lot. I’m more open and glad. I’m building a new life, new friends, and increasing my audience.

As explained by Mika, Eurovision is the biggest [song] contest in Europe. Over 40 countries are represented and “it’s the biggest experience she’s ever had in her life”. More than 4,000 journalists were present and she won fourth place and performed. It is how she linked with Randy Jackson and signed a contract with JK Music Group and Randy Jackson’s imprint. In her spare time, she’s listening to an undisclosed Jazz radio station that plays 24-hour classic jazz songs when she’s driving. She’s also really into the saxophone right now. Overall, she loves instrumentation and composers.

[quote]Sometimes, modern music is too much, but I really like classic music.[/quote]

Oh my God! This is something sweet and nice and other and pink in colour!” She adds, “Blue. Like energy. Pink and blue colour, which means a lot of love.

Beyond music, Mika’s writing a fairy tale for children and working on a fashion collection.

Come Out and PlayMika Newton