R&B duo and real-life brothers Jake&Papa, who have worked with such artists as The Game and Liane V, took part in this year’s annual Block Party LA. Before the festivities began, the Cali-crooners, who classify their ages under the bracket of, “we done seen some shit,” took the time to talk with GrungeCake about how they’ve been preparing for Block Party LA, how Sam Cooke and Donny Hathaway taught them how to talk to women, and how GrungeCake brings back memories of their grandma’s delicious ass pie.

So, let’s talk a little about the musical background of Jake&Papa: How did you get started? What are some of your previous projects?

We put out an EP last year called, Athena’s Erotica, that pretty much got us to this point right now. We’ve put out plenty of projects, but I would say Athena’s Erotica was a huge step up for us. Our family is full of music heads. Our dad is a singer. His mom was a singer. Her mom is a singer. All our brothers, our cousins. So, it was pretty much us at four or five in the living room like, “Stop playing. Y’all about to learn how to sing. Listen to this Michael Jackson.”

You guys represent this very modernized, somewhat bad boy version of R&B a la Trey Songz and Chris Brown. What do you think about critics bashing that approach to R&B that lacks the soothful, subtleness of the past?

Papa: If you dig deeper into our music, you can see that we definitely represent Soul. Our single, “Leave Me” is a little more light-hearted and is a smooth mix between now and then, but we definitely try to add elements of what we grew up on such as R. Kelly, Jodeci, and even, dating back to Sam Cooke and Donny Hathaway. We basically are trying to find a way to mesh these two worlds together and that’s what we represent. They don’t have to look for the sound, all they have to do is listen to Jake&Papa.

You re-released your EP Athena’s Erotica and accompanied it with a short film compiling songs off the project (Nicki Minaj has done this, as well). Do you think this is the new wave for visuals? Will they eventually replace videos and leave room for more / different content?

Jake: I don’t think it will replace music videos, but visuals have become so prominent that releasing a video is basically just like releasing a song. People are really attached to the visuals nowadays. It helps out a lot when you have the content visually and you have the content sonically. We like to combine the two because we enjoy doing both almost equally. It ends up bringing things full circle.

How did you guys end up on the line up for Block Party LA? Are you excited or nervous?

Papa: It’s funny because we actually heard about it last year for the first time. I’m sure it’s been going on for a few years. I guess we weren’t popping enough yet because we weren’t on it (laughs), but this year, they reached out and they wanted us to perform.

Jake: It’s gonna be fun. We’re always excited to perform. That’s one of our favorite things to do in this business: get in front of the people and just connect with them, personally. This is the fun part. The last time I got nervous was when we sang for Stevie Wonder. We were singing at his house in front of his family. I think that’s the time to get nervous if ever to get nervous. Other than that, me and my brother can pretty much do anything. It’s more so you get excited; you get ready to get out there on-stage, stop wasting time, and just work.

Have you guys been practicing?

Jake: Yeah, we take rehearsals very seriously. We had what we call, “mental rehearsal” with our team and DJ last night. Basically we’re going over the show, just talking about it and tomorrow, we’ll get into the actual rehearsal. We sit around, kind of like in a circle, and talk about the songs we’re going to do, the transitions, if there’s any pre-recorded show tapes that we need to make, we make that happen at the mental rehearsal because we don’t like to waste a lot of time in rehearsal talking. 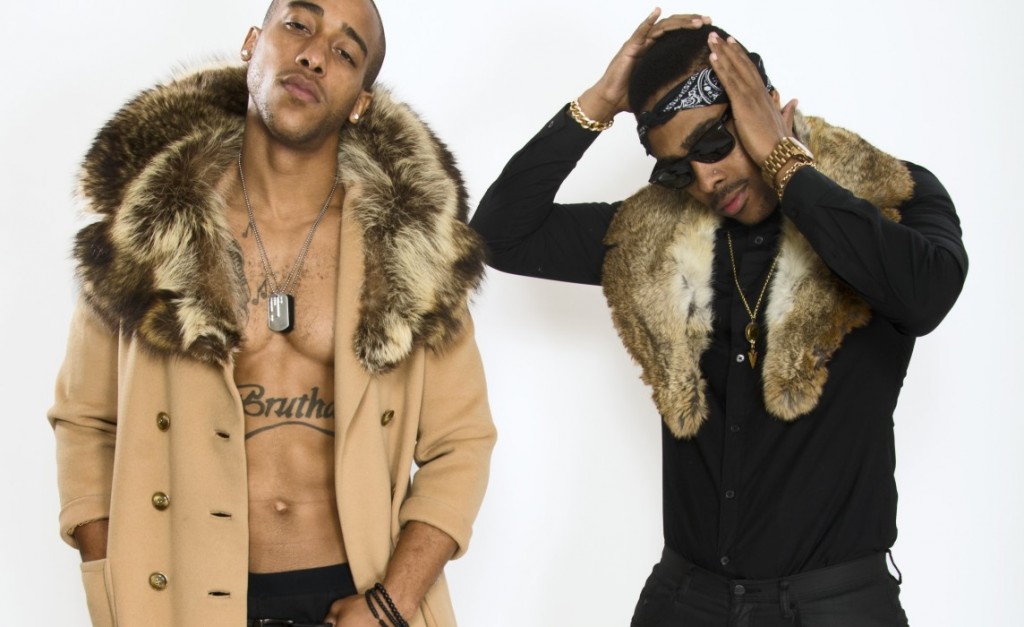 When you first heard about “GrungeCake,” what came to mind?

Jake: I think of my grandma’s delicious strawberry pie.

GrungeCake represents for the indie artists. Why do you believe it’s important for indie artists to get that representation and create such relationships (with outlets)?

Papa: First and foremost, I just want to say thank you to you guys for doing that. It’s very important because pretty much, I would say 85% of the game is indie, at this point. There’s a lot of artists who could be the next Beyoncé or could be the next JAY Z, but are just doing it all by themselves, like we are. So, outlets like you guys are giving us a fighting chance. I appreciate that.

Do you guys currently have any projects lined up?

Jake: We were actually just in a meeting putting together the tracklist.

Jake: What was that two days ago? We putting some flames for y’all right now! We’re in the studio mixing down. We can’t let out the name yet, but we’ll let y’all know on social media when it’s gonna come.

What kind of impression are you trying to make on the music world?

Papa: I would say a few things. One, we’re trying to put the soul back into rhythm & blues. That whole aspect has kind of been missing. We just want to make the ladies feel good. Y’all work really hard on making that money and keeping up your appearance. We know it’s hard being a woman and it doesn’t hurt to have that music that makes you feel good at the and of the day and that’s what Jake&Papa wants to do.

What about the dudes?!

Jake: We got something for everybody. You know what’s crazy is at the shows, it’s the dudes who come up to us the fastest and be like, “Man, I really respect y’all doing y’all thing,” because real recognize real. Some of them, the upcoming generation, is gonna have to figure out how to talk to these women and they’re gonna have to pop in that Jake&Papa music to figure that out.

And who did you guys listen to coming up to figure out how to talk to women?

Jake: Man, when I was growing up my favorite singer was Sam Cooke. He was saying stuff like, “Sugar dumpling, you’re my baby / I love you in every way.” That’s how I ended up understanding how one should talk to a woman. He was my favorite besides Stevie Wonder, Donny Hathaway, you know, we grew up on the greats.

Papa: Man, I was just thinking of this line. Donny Hathaway says, “I learned to live to the sound of her laughter.”