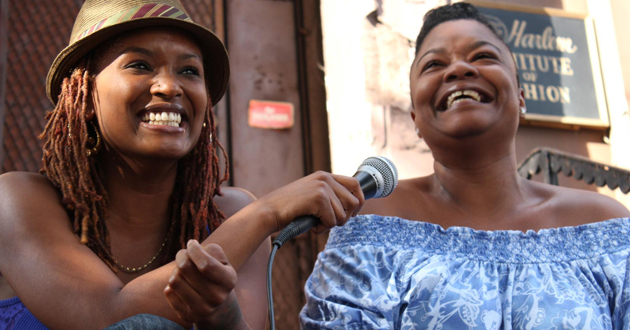 Glennisha Morgan, the owner of The Fembassy, a blog site that is solely dedicated to female emcees and women in Hip-Hop, is putting the finishing touches on her debut documentary “Turn Me Up”. The documentary chronicles the triumphs, struggles, and adversities of talented women in Hip-Hop and the challenges they face in a male dominated game. Watch the official trailer via this link.

“If I could describe this film in one word, I would describe it as ‘raw’. There has been many conversations in regards to women in Hip-Hop, but until now I have yet to hear the women in the trenches be so unapologetic and brutally honest about their sentiments,” says director Glennisha Morgan.