Earl Swavey has rapidly risen through the ranks of the Los Angeles’ elite. His mixtape, “Business Before Pleasure” was The Stone Cold Groove. Slick cadences, hood angst, and phenomenal production color the project. Check out my favorite “Back 2 Back” as an after dinner mint to our interview.

With such a compelling presence on IG, my editor decided that we need an interview ASAP. GrungeCake Family, can I be honest? We just wanted to get all up in the crevice of Earl’s business. Seeing Chris Rock’s “Top 5”, opened him up to being less guarded during interviews. We were busting it up on fashion, A$AP Yams, and his up-coming single “Sweatshirt.” And *said with a project inflection* he enjoyed every minute of it. 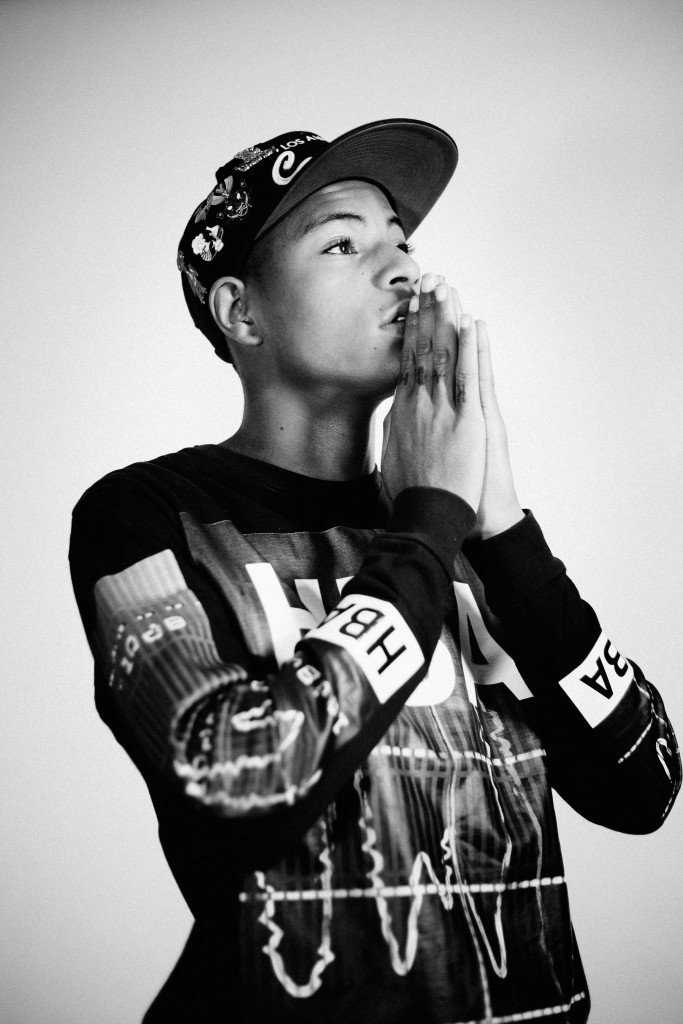 Who are you listening to as of right now? What are you bumping now?
I’m listening to Young Thug, a little bit of A$AP, Migos and of course myself, and my squad K.I.O.E.

How long does it take for you normally to record a song? Give a walkthrough if you can.

If I’m really feeling the beat, it’ll take about an hour.

Do you have a special process when it comes to writing?

I’ll be honest. On occasion, I might roll something up to smoke and think about what I did that day. It comes down to what’s on mind at that moment.

When it comes to smoking, what do you usually roll with? What’s your favorite brand?

If you find a beat that may be challenging, does it take longer than expected to write to it ? Could it take days?

It depends. Personally, the beat could take days but it has to be meaningful. For instance, if it’s a freestyle or for a mixtape, it shouldn’t take that long.

Are you single? Do you have a girlfriend?

Don’t say “yeah” like it’s nothing. You should be happy about that.

I know, I am happy though.

How long have you two have been together?

To be honest, I don’t even know. I know it’s been a minute though. I would say it’s been over a year.

Yeah. When I was ratchet in my day, but as of now, I try to stay away from all of that.

So, back in the day you were wilding?

Yeah, you can say that. I had my fair share.

How did you lose your tooth?

When I was younger, I played football and I fell. I damaged a few nerves too, at that time.

How old were you when that happened?

I was about twelve.

What block are you from or representing?

How did you and your crew first meet?

Man, it’s nothing. When you’re from the same neighborhood. It just happens. It’s not the neighborhood that makes you but the people that you meet while you’re there. It was just some guys that I met. A lot guys try to fit in with other people, but I didn’t do that. 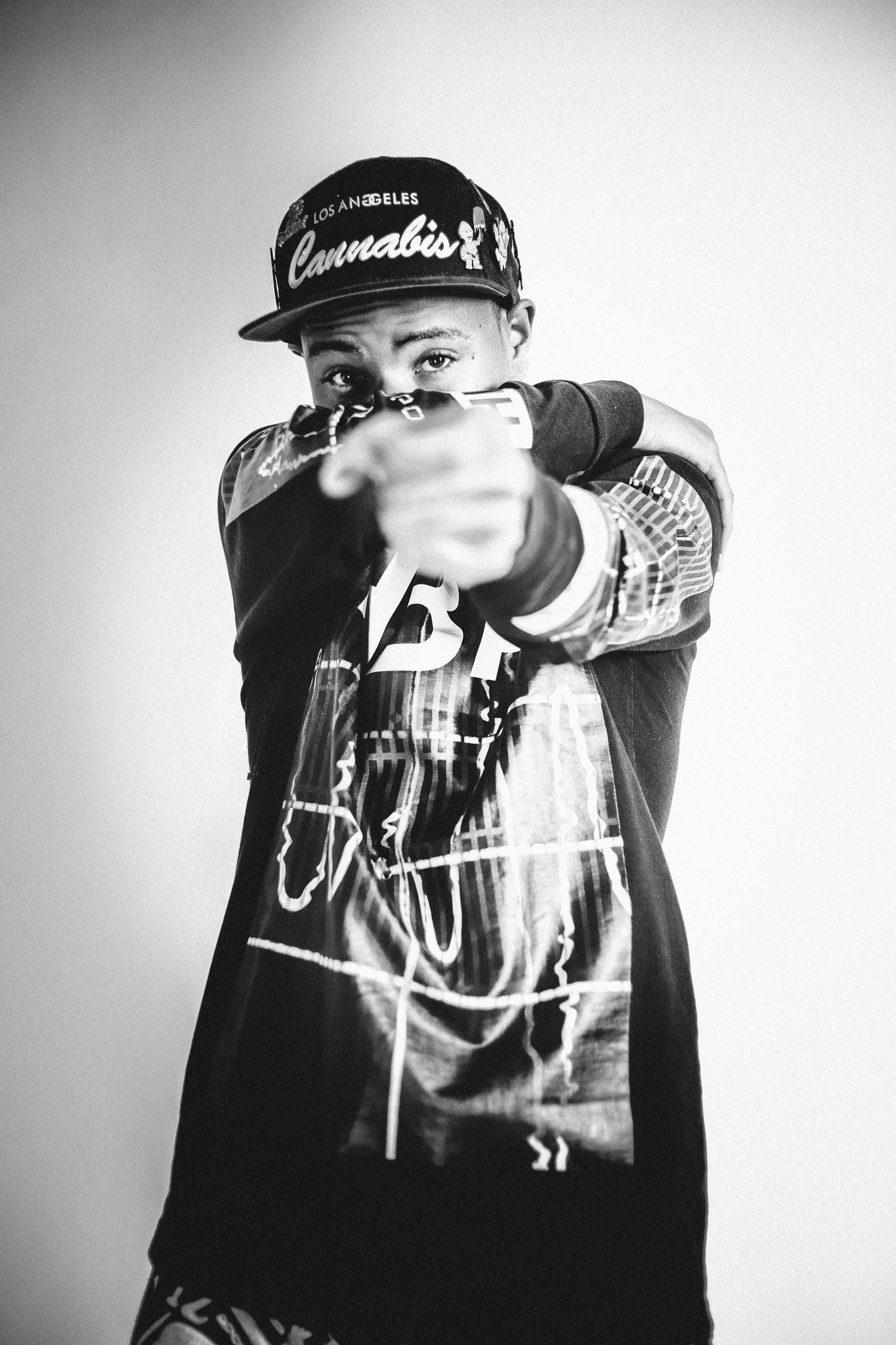 Tell me about the new single “Sweatshirt”.

It’s my new single on my upcoming project and it’s featuring Jay Stash. I have a remix coming out featuring some artists from my crew. It’s dope though. I heard you all were trying to premiere it.

Yeah and we’re interested on the process and how the song came about.

This is how it came about. Recently, one of our homies died and he was on a sweatshirt. My friend Netherland was in the studio with me one day and there was a certain vibe that day to the point where had to do a song about it.

How did you feel when you first heard the beat?

Once I heard it, I knew how the song was going to happen. When I listen to a beat, I pay attention to the melody and the clap. Every little thing about the beat, I think about it.

I do remember what you said about the different artists being on the remix. Could you go into detail about you individual relationships with those artists?

What project is the single going to be on, and what’s the name of it?
I have an EP coming out soon but I don’t know what I’m going to name it. The single is going to be on that EP. My upcoming mixtape is called Yurple Rain.

Cool. What studio did you record it at?

I recorded it at our house actually.

Was it a sense of urgency? You had to record it, right then and there?

Yeah, the beat was made right in front of me. I wrote my verses and laid them down, then Jay Stash came in with his.

You knew Jay Stash from your younger days?

No, I met Stash through A$AP.

How often do you smoke in one day?

I roll up about an ‘eighth’.

What’s your favorite kind of bud? With you being from Cali, you get to experience a whole variety.

Yeah. Paris OG is my favorite.

I was listening to your mixtape, Business Before Pleasure and you spoke about doing Molly. Could you share you experience?

I experimented with that when I was Coachella. I tried it and I was turned up.

What did it feel like? You was at Coachella too, it had to be crazy.

It was. The energy level I had was extremely high. The downside to it is, that you can easily get dehydrated even while taking it with water.

What are your top three favorite fashion brands?

My top three brands are: KTV, Balmain and Pink Dolphin.

Could you go into detail on why you like those brands?

I found out about KTV and Ballmain through my manager and his girlfriend. She stays updated on fashion brands. With Pink Dolphin, I got sponsored through my music.

How did they find the music and how did you build that relationship?

I built that relationship with my manager and he talked to some people. Also, Young L from The Pack help runs the Pink Dolphin brand. So, he and other Pack members like Stunnaman liked my music. I did a song with Stunnaman.

Your manager is your stylist pretty much?

He is. He’s really into weird stuff and unheard brands. He’s always looking out for me, linking me up with sponsors. I just like looking fly, to be honest.

Are there any specific producers that you are looking forward to working with for future projects?

There’s plenty. I have been working with DJ Mustard and Larry (Jayy).

How did you link up with Glasses Malone? I was excited about that.

Glasses knew some of my crew from the hood and he heard about my music.

What’s your favorite snack for when you have the ‘munchies’?

I’m going to keep it honest with you. It went from Reese’s to Snickers to Kit-Kats.

I see that you’re really into chocolate.

When it comes to liquor, what’s your choice ? What do you prefer? Brown or white?

I don’t even drink like that honestly. I’m more into purple.

We spoke on A$AP earlier. How did you meet up with them and what was your relationship with A$AP Yams?

I originally met him after I was locked up for a bit. A$AP heard my music and they wanted to network with me. I had a friend that was signed to a different label and said that they wanted to meet him but they never did, which had me a little skeptical. They invited me out to one of their shows and from there on, it opened up a lot of opportunities for me. My relationship with him was pretty good. I really appreciate the fact that he help put me on. He’s a hard working man and always looking out for others. For him to manage two of the biggest stars in Rap right now with Ferg and Rocky is amazing. On top of that he’s managing the whole A$AP Mob, models and looking out for upcoming talent out West, like me. It’s like a brotherhood and I want to model my squad after A$AP.

After finding out the news about Yams, how has it impacted your life?

It hurts a lot because I recently talked to him two days before he passed. Out of all of the members of A$AP, Yams was really like a brother to me. He would send me Christmas gifts and always look out for my mom, and ask if she needed anything. I could call him anytime and he would always answer, no matter what. I definitely gained some wisdom from him and Stunnaman.

That’s some of the takeaways you got from him?

Yeah, I definitely got that love and knowledge from the time I spent with Yams. He always kept it real. I could really be myself around him, and A$AP, and not worry. With Yams, I could walk to the corner store and not worry about him hiring security guards for us.

Wow. It was that genuine?

It was, most definitely. Even with Yams gone, people from A$AP are still going to look out for me. Addie (aka A$AP Ant), Twelvy and Nast are like brothers to me. They’re the type of people that are willing to take the clothes off their back and give them to you.

It’s definitely a major loss for you.

It is, it’s hard but we’re going to stay focused and drop this music.

Do you know the name of your next single and when it will come out?

Do you ever feel the pressure for changing your style up? For instance, a mixtape that you’re working on may sound different from you album.

No, I don’t. I feel that your résumé is who you are, and people are going to respect that before they know you.

Do you ever feel pigeon-holed? Do you feel that you have to maintain a certain image to satisfy others?

No. With my song “Sweatshirt”, stuff like that happens to me frequently. Me and my crew, we don’t go to the studio trying to sound tough and hard. I have variety. I can do love songs and party songs every now and then. I appreciate the fact that you’re interviewing me and I only have one mixtape out. I don’t want to flood the internet with crappy music. I want to make music that everyone should like. How do you feel about my music though?

It’s hard to explain. You take me to a place and your music makes me feel good. Life happens and it can get messy but you got to fight through it.

Exactly. I was always curious on how others feel about my music. People often say that my music inspires them to just get up and go do something. To go challenge your fears.

[highlight background=”#00e7b4″ color=”#ffffff”]Editor’s Note: Unfortunately, due to uncontrollable circumstance, Earl Swavey is no longer releasing “Sweatshirt” as a single. Stay tuned for new music and announcements on GrungeCake.[/highlight]