Through the many changes Hip-Hop culture has been through over the past ten plus years, there will always be several old souls that will not let the uniqueness and lyrically impactful fire of Hip-Hop diminish. Although as each year passes by, we all know that we can’t hold on to a good thing for too long, but in order to celebrate the beauty of Hip-Hop we must cherish it and use it for good and less for evil. With that being said, there is an emcee who hails from Inglewood, California and might I add, that he doesn’t have to be vulgar to make good music.

It all started in 1999, when emcee Damani Nkosi recorded his first track he knew his path in music was the right move. After an intense session of constantly networking and getting his skills out there, long before he knew it he was being in contact with Dr. Dre, Swizz Beats, Snoop Dog, and other big names. Not only was the emcee getting recognition from a plethora of artists but his first recording contract was with Sony Urban. In four years, Nkosi has been reinventing himself, outdoing his achievements by not dwelling on one accomplishment for too long. Nkosi is someone not to be slept on. Not only does his music sound good but it also embodies positive messages. 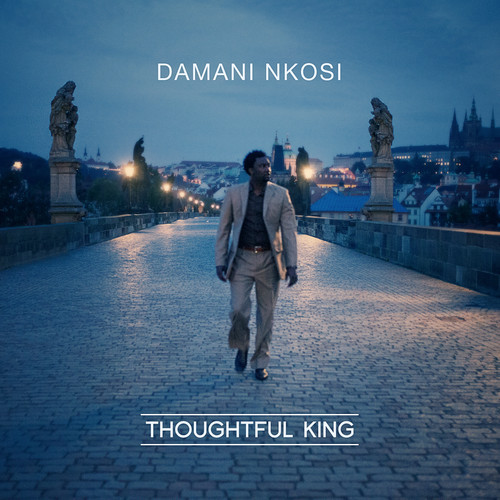 “Thoughtful King” is Damani Nkosi’s long awaited debut album, which is out now. He has features from Musiq Soulchild, Grammy winning producer Warryn Campbell put his touch on the album, BJ The Chicago Kid graces the album as well, and many others are featured. In the interview, I ask him about how does he stay humble with so much success, and why does he not get much satisfaction from newly conquered achievements.

Since recording your first song in 1999, how has your music changed over the years?

My music has grown as my life experiences grew. I’ve studied so much music since the day I recorded my first record. I guess you can say it’s just matured a little in sound and lyrics.

Tell us about your debut album Thoughtful King. How long did it take you to create the album, did you have any setbacks?

Thoughtful King is my most personal work to date. It took me about 6 months to complete the album. It probably would have taken longer but Warryn Campbell (co-executive producer) is very busy these days, so I guess the only set back would be me having to proudly work around his schedule.

It is amazing that you have done so much over the years, it all seems like it happened fast. From working with Dr. Dre, to Pusha T, Grammy winning producer, Warryn Campbell, and many more. How do you stay humble with so much going on?

Staying humble. Hmm. Yea that’s always a tough one for us humans. For me, as soon as I get beside myself I try to immediately picture God not being very delighted that I would dare take a proud stance when I know that all good things come from him… and that’s what usually straightens me up.

In your biography you expressed how you were hardly satisfied with new achievements because of being focused on what would be your next move. Even with the release of your debut album, does that statement still hold truth? Come on, you haven’t celebrated just a little bit?

In the past, I set my goals so high that I was instantly unhappy with any of the results, [I] couldn’t appreciate anything. Today with Thoughtful King, I haven’t had a chance to actually celebrate but I am extremely happy about the feedback online and in person with the love my friends, family, and fans have to say about it.

I watched your music video to “Now That’s Love” featuring Musiq Soulchild and Robert Glasper. What was it like to work with the two artists? How did you come up with the decision to film the video in Paris?

Working with Musiq and Glasper was very interesting. Both are real cool and extremely talented, which made it very easy and fun to create. Glasper always has jokes, and Musiq always says something very thought-provoking in conversation. Being that Paris is called the “city of love”, I figured why not film the single “Now that’s Love” in the city of love. Genius, I know. Actually, all three videos released from the album are filmed in different countries. I felt the vibe of Paris matched the vibe of this particular song.

What is the overall message you want to convey with your album, Thoughtful King?

My overall message I wanted to get across was simply one that says, “Love conquers all. Hip-Hop is here to stay, and last but not least God can change any circumstance if you believe.

Listening to your album, I get a bit of that conscious vibe. Would you consider yourself to be a conscious rapper, or do prefer not to label yourself as such?

No labels, but in the business world it’s not up to me. I am an emcee – rapper whatever you prefer, period. Everyone is conscious. We just haven’t established a “Level of Consciousness Chart” in Hip-Hop yet.

Will your fans get to see you touring any time soon, may it be here in the US or overseas?

I plan on touring overseas, and here in America. I am currently thinking about which country will be first.

What is your next move now that Thoughtful King is released? Are you recording anything now, or are you more focused on pushing the album before you try anything new?

Now that Thoughtful King is released, I’m promoting it for the rest of the year. [I’m] doing shows and what not. I’m not recording anything new at the moment. I am just strictly focusing on Thoughtful King.