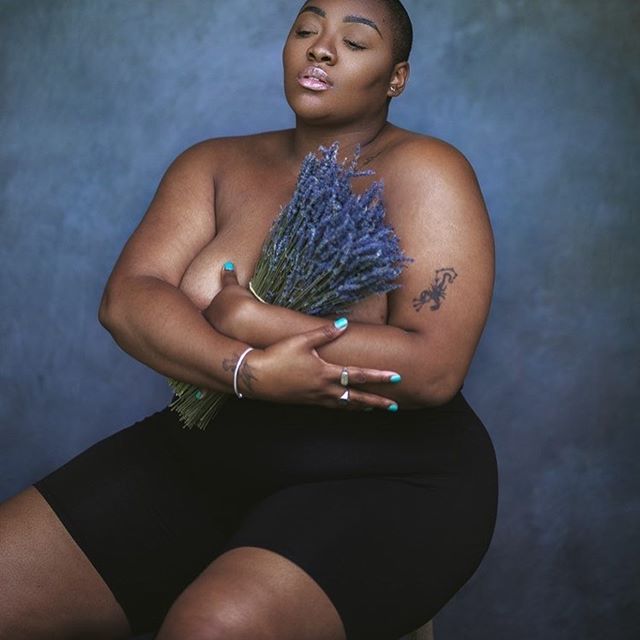 Nyome Nicholas-Williams is a plus-size model and an activist who challenged the norms of social media with her recent campaign, #iwanttoseenyome. The campaign consisted of her holding her breast, and Instagram decided to remove her content, which caused Williams to challenge the removal and argued it was a ‘racial bias’ against her photo and users supported her.

After this incident, she was warned her account would be taken down, but she stood her ground for her “self-love” positive campaign. She stated “millions of pictures of very naked, skinny White women can be found on Instagram every day”, she told The Observer. “But a fat Black woman celebrating her body is banned? It was shocking to me. I feel like I’m being silenced.”

Instagram apologized last month to Williams and stated, reported by Reuters, that “Separate to this policy change, earlier this year, we committed to broader equity work to help ensure we better support the Black community on our platform.”

The platform incorrectly applied policies to Williams photo back in July, and now, aims at ensuring that all body type are treated fairly.

Nyome Nicholas-Williams announced on Instagram about the new policy changes and expressed gratitude for opening the dialogue for change. Her caption read “Hopefully, this policy change will bring an end to the censorship of fat Black bodies.” See below.

WE FUCKING DID IT!! @ginamartin @alex_cameron and I…we changed an Instagram policy! Look what happens when three women set out to change the world! We have put our heart and souls into this campaign and to see it come to fruition is insane! The observer newspaper (which is out today) has covered the campaign from the beginning and have written another article which highlights the hard work Gina, Alex and I have done (although it states they launched the campaign) this is in fact not the case as Gina, Alex and myself strategised for three months to ensure a change would happen. Hang tight for the full details of the policy change, as I will be detailing more information soon. We worked very hard on this and managed to get Instagram and @mosseri attention and there's still a lot of work to be done, as black plus sized women continue to be censored in many ways; and white women STILL tried to hijack and make it their campaign. There is of course a huge racial imbalance in the algorithm that still exists as white bodies are promoted and don't have to worry about censorship of their posts but black bodies still have to justify presence on the platform, this has also been brought to Instagrams attention! But when we put our minds to it… we can achieve literally ANYTHING!! I’d like to thank the 16 amazing humans that put their names to our open letter and that helped us push our campaign forward! The Instagram policy changes on the 28th, it outlines the difference between 'breast holding' or 'cupping' which is a celebration of body and 'breast grabbing' which is deemed to be pornographic, these images are censored to protect underage users but this policy change should allow them to better differentiate self expression/ art from pornographic content. Hopefully this policy change will bring an end to the censorship of fat black bodies. The last three have been absolutely wild to say the least but we move and move things we did! 🙌🏽💫