The recent surge of the Black Lives Matter movement has propelled the Black community to seek out Black-owned brands. More and more, people have realized the power of the Black dollar, casting a greater spotlight onto many of our unsung designers. 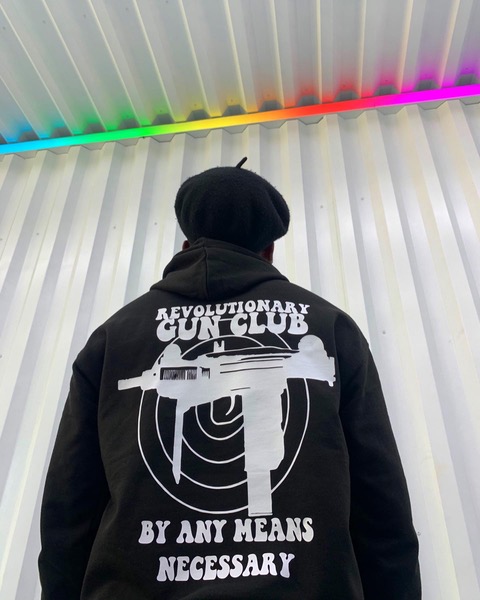 Growing up in Harlem, it was a day one thing. My love for fashion enhanced even more hanging out in various areas of NY and discovering the various cultures and styles of the city, Nice explained. NY is the melting pot for fashion, to me, the essence of streetwear. NY is a place where skate brands mesh with major fashion houses and the people alike… If you know what I mean?

Over the years, we have seen streetwear evolve right before our eyes. Initially shunned by mainstream fashion brands and outlets, it is now at the forefront of cutting edge trends. From street corners to international runways, streetwear is all around us.

Nice feels the genre is still a work in progress. 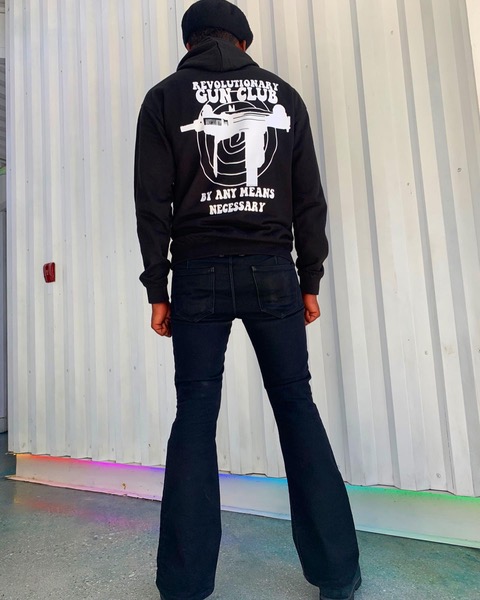 Once a subculture, [streetwear] currently has a mainstream influence with no direction, but there is light at the end of the tunnel. That’s how I feel… but overall, I grew up in that sub-culture that I mentioned in NY and to see the growth and global influence is a beautiful thing.

He continues, “The influence is the culture. The culture is the people. Once the media and big fashion houses gained more levity in this area over the actual streets and actual influencers, the culture was lost, so to speak. Although [it] should be celebrated, streetwear isn’t an “internet” thing. Understandably, this is the fashion industry. At the same time, the impact of streetwear culture has opened many doors for many of those true to the culture.”

Influential New York is deeply-rooted in Black culture while always paying homage to Nice’s home state of New York. When asked about how the history of New York influenced his brand and his attitude towards the entrepreneurial landscape — Harlem’s entrepreneurial spirit plays a huge part in the brand’s direction. 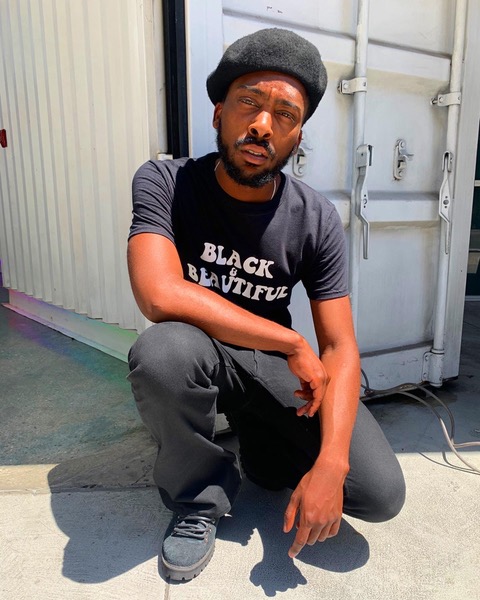 The essence of the brand is grounded on the entrepreneurial landscape, the story itself, says Nice. He admits to having a clear vision of who he visualized wearing his designs from the very beginning.

To answer your question from its inception the brand was originally created for tastemakers, forward thinkers, and influencers of New York City, references are steep in the design, sometimes literally—sometimes figurative, he adds.

The current entrepreneurial landscape is amazing if you pay attention. There is so much information, and resources at arms reach now more than ever. Knowledge is power, and there’s a lot of it out there. Business isn’t for everyone, but the resources to win are available even if not easily assessed.

Like many of us, Nice is supportive of the Black Lives Matter movement but hopes that the momentum keeps going.

It feels great to be acknowledged as a people but this can not just be for a season. The current attention and support of the BLM movement is great but the mission is far from over and shall not be missed, he mused.

The Black Lives Matter protests across the country (and around the world) were sparked by the brutal death of unarmed Black man, George Floyd.

Floyd suffocated to death on May 25 after a white police officer, Derek Chauvin, kneeled on his neck for 8 minutes and 46 seconds while three other officers pinned him to the floor.

As a Black man, Nice says he was deeply “disturbed” by Floyd’s killing.

The global reaction to George Floyd had an effect on my vision creatively but initially was the normal disturbed feeling of another Black man being abused by the police unjustly, he recounts. The company of recent has been focused on the agency side with limited releases from time to time, but in the midst of the times we are in, I found it my duty to produce collections that my people can wear in pride and with strength. Evidently, with the direct revolutionary and black panther references and imagery.

One of the Harlemite’s most popular ranges is his provocative “Revolutionary Gun Club”, line which features an image of a semi-automatic rifle.

Overall, the time’s we are in, the times we’ve been in as a people in relation to the systematic oppression and police brutality, he says of the powerful imagery. In specific a reference to the Black Panther Party lawfully conducting armed patrols in the 60’s to protect the community as-well as Malcolm X’s philosophy of by any means necessary.

Nice makes it clear that his brand is not in the business of promoting violence—only self-defense.

This piece is not to promote violence but more to educate. The notion of the Gun Club is to educate our people on the various state laws and permits, so we can legally reserve our right to protect our people.

As the brand continues to flourish, Nice is open to collaborating with more prominent brands, but his current focus remains on his own community.

On the major scale, it would be great to collaborate with some of the corporate companies to bring some of my creative visions to the masses. Currently, I’m more interested in contributing and collaborating with Black-owned businesses and professionals to strengthen our position in the fashion industry. He adds, To drop a name—I would love the brothers at Fubu to allow me to revamp, market and design a collection for our Black boys.

And why should you support Influential New York?

I am a father, entrepreneur, and professional from Harlem, New York City, who’s contributed to the culture from my community, for well over a decade. My goal has always been to empower my people and the community, thus the name ‘influential’ itself. There’s a certain sense of pride the people of Harlem, and throughout the city, would have when wearing the influential caps when we first started. And with the time’s we are in, it’s our duty to bring those vibes back and produce garments for the people by the people. 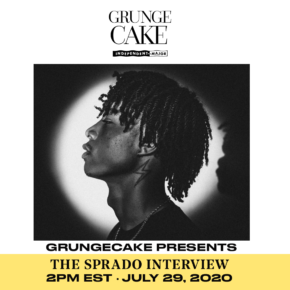 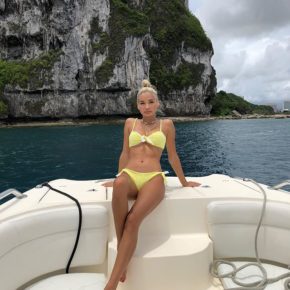