If It Ain’t Broke, Don’t Fix It: A Review On Kid Ink’s “Full Speed” – GRUNGECAKE
ADVERTISEMENT 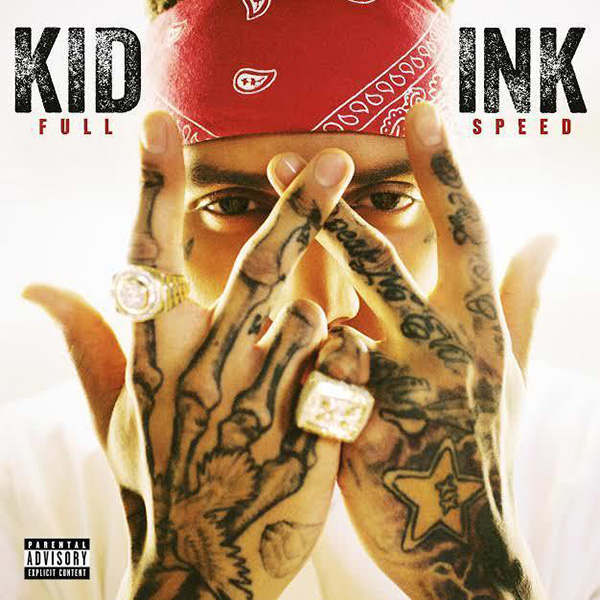 Kid Ink is a rapper you probably didn’t expect to still be around, but he is. He’s been slowly rising since he released his first mixtape in 2011. With singles like “Show Me,” and “Main Chick,” both featuring Chris Brown from his 2014 album My Own Lane, he’s been a mainstay on the radio.

With his new album, Full Speed, Ink continues to use the winning formula that has been working for him. Radio club hits? Check. Special guests? Check. Melodic flows? Check. If it ain’t broke, don’t fix it. The lead single “Body Language,” which features Usher and Tinashe has already been smashing the radio. Ink has at least four other songs that should sustain him a place on the airwaves all throughout 2015. “Dolo” features the legendary R. Kelly assisting the rapper on trying to take a young lady home after the club. “About Mine,” featuring Trey Songz is a flexing-on-my-haters anthem with production from the West Coast sound man DJ Mustard. Another DJ Mustard production “Be Real,” features Dej Loaf with a chorus that blends well with the producer’s signature sound. And Chris Brown shows up on “Hotel” to three-peat the streak him and Ink have had on the radio.

Besides a lot of club records there are songs like “What It Feels Like,” where Ink showcases his lyricism. He’s not the best lyricist but he gets the job done. The songs with the features feel like events while Ink’s solo joints don’t standout. He should try doing something really unique. Also missing from the album are a few songs that shows the listener who Kid Ink is as a person, something grounded and relatable.

Who was Kid Ink before all of his success? What kind of things is he going through now? All of these things could be improved and applied to the next album but it all depends on what type of legacy Kid Ink wants to leave when it’s all said and done.