Entertainment, this week, in a nutshell: ICYMI. Here’s a quick update. If we missed any headlines or other stories you would like to see, add them in the Comments section.

Starting off Q2 with the promotion of their forthcoming sophomore album titled, “No Label 3,” Atlanta trio Migos returns with an official video for new single, “Say Sum.” The new video was shot on the shores of the Dominican Republic and directed by Gabriel Hart.

In the new video for “Yamborghini High,” A$AP Rocky and the A$AP Mob get together to celebrate the visionary Steven “Yams” Rodriguez, who passed away from an apparent drug overdose in January of last year. Five Lamborghinis in tow, the legendary Juicy J, Rodriguez’s mother, and bowls of fruity cereal, the collective show off some of their assets and what’s dear to them in this thing we call life.

Thank you @RobinHoodNYC for having me play tonight. @AndersonPaak smashed it. @chancetherapper, please get well soon. Speaking of Chicago, Drake revealed his new sneaker collaboration, the “OVO” Air Jordan VI Low. In celebration of earning the number one single on the Billboard Hot 100 chart, the 6 God posted a (now deleted) picture of the custom shoe on his Instagram account with millions of followers. Also, Toronto rap star Drake shared a photo of himself on Instagram, saying “Beard making an epic come back in 2 weeks… Only for you @nbcsnl.” Even with that fair warning, his female fans (and the rest of the Internet) are angered with his newly shaven face. For quite some time, Mr. Graham was part of the “Beard Gang,” making more women find him attractive and making it OK for other grown men to gravitate towards him because he looked the opposite of baby soft. Fellow Drake stans, relax. He’s a mixed person. It will back before you can say: Views from the…

As far as celebrity news and the lavish lives of entertainment moguls are concerned, “Baby Kanye” aka Saint West was spotted in Cuba during a filming of Keeping Up With The Kardashians. He was seen in his father’s arms. According to Cosmopolitan, Kanye held him like a football. 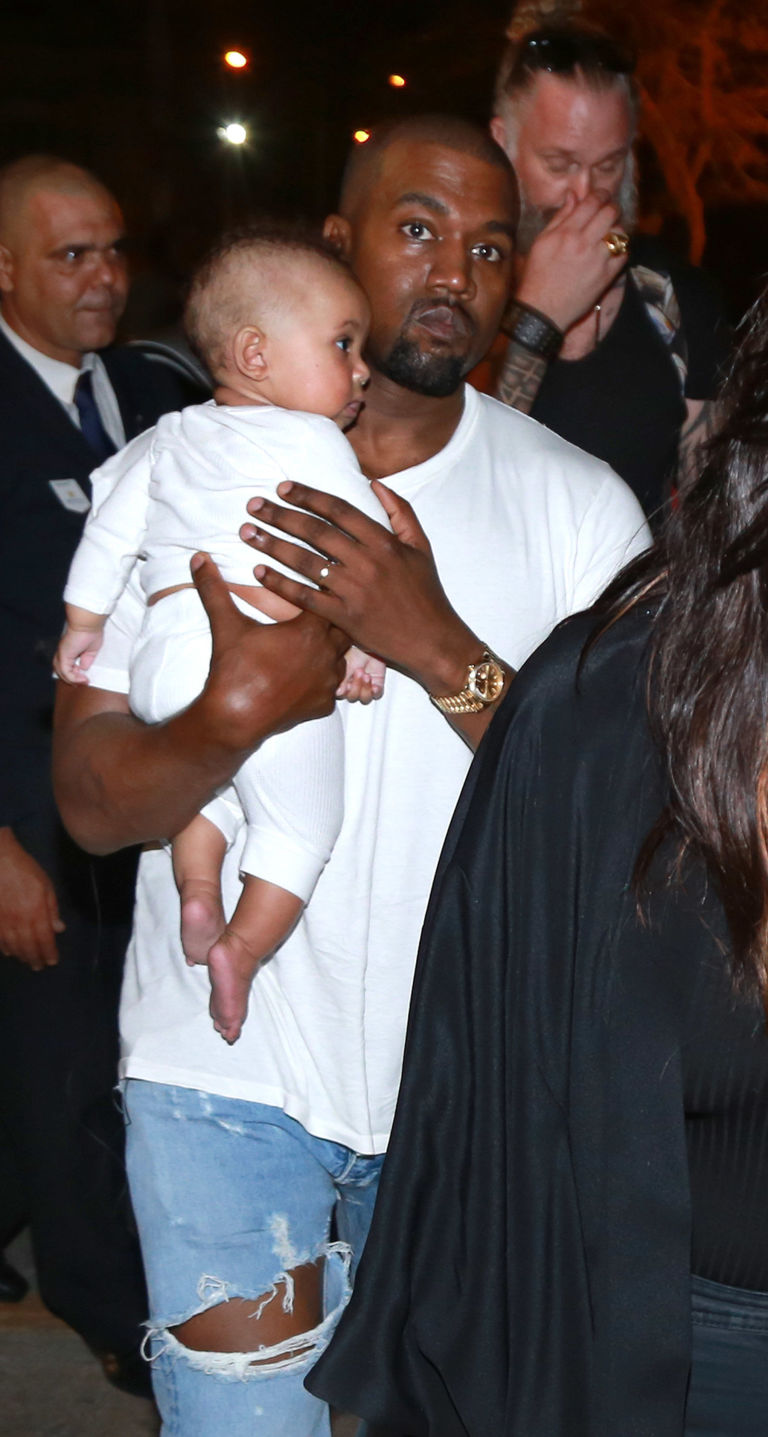 He was born on December 5 of last year.

After hundreds of think-pieces hit the World Wide Web, speculating details about Beyoncé, JAY Z and Becky’s relationship and the significance behind her “LEMONADE” album, PEOPLE reports that the married couple was spotted having dinner in New York City at MAMO. News reports claim the lovebirds didn’t look at anyone else and ate, quietly.

Birdman, who sought “respek” with New York City radio personality Charlemagne, and Toni Braxton are allegedly a new couple. The music mogul has since released a song with the infamous word as a title, and plans to release a solo album titled “Ms. Gladys” soon. Blac Chyna, now legally Angela Kardashian, released a new emoji app called “Chymoji.” Taking to Instagram to announce its release, the personally shared the emoticon of her with a baby bump, also announcing that she is pregnant for Robert Kardashian, Jr.

In a reoccurring chain of events, Azealia Banks took to Twitter to confront Zayn Malik for allegedly plagiarizing her art and suggesting that a 14-year-old girl (Skai Jackson) gets cosmetic surgery to be a proper “Instagram thot girl.” Twitter suspended Azealia Banks’ account.

New Orleans rapper Curren$y released a new video for “Vibrations,” a direction that begins with the rapper eating takeout food on the streets of Downtown New Orleans. Delectable backsides of young women, cars, amateur talent and a dimly-lit atmosphere make up the storyline for the visual.

Supreme announced its collaboration with Clarks. The new Wallabees collaboration features three high top pairs in navy, cream, pink and one low-top pair also in cream. Each shoe is woven, or cross-hatched, and features the legendary gum soles. View the collection below: 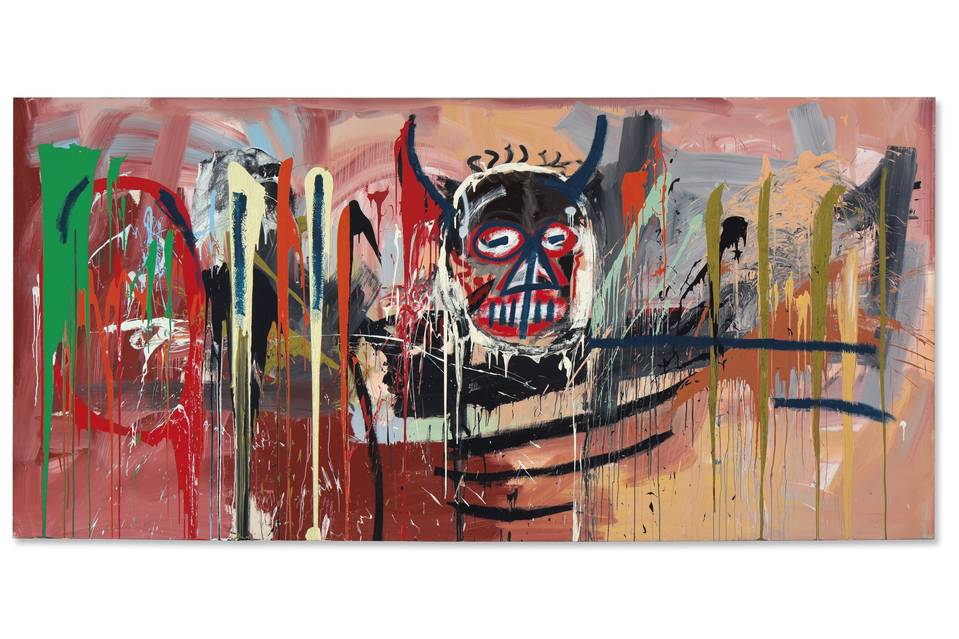 Jean-Michel Basquiat and Frida Kahlo’s original paintings sold for tens of millions of dollars. The Haitian artist’s 1982 original untitled artwork sold to an Asian collector for $57.3 million. Kahlo’s “Dos desnudos en el bosque (La tierra misma)” sold for $8 million. Ja Rule put his hands on a fan after the fan hit him with a beer bottle. iLoveMakonnen announced his retirement from music. Then, he shared a new song. The Academy is considering a new category for free music. There’s a petition for it, and you can sign it via this link. George Zimmerman attempted to auction off the gun he used to kill Trayvon Martin. Since it has been removed, and the Smithsonian took to Twitter to clear the air about hosting it in their museums.

We have never expressed interest in collecting George Zimmerman’s firearm, and have no plans to ever collect or display it in any museums

Earlier this week exclusively through USA Today, the great news spread about Rihanna’s new global sponsorship program. The Barbadian pop star plans to change the lives of 50 international and national college students based on “academic performance” by way of her foundation, the Clara Lionel Foundation. Specifically, Applicants should be residents of Barbados, Brazil, Cuba, Haiti, Guyana, Jamaica or the United States. Scholarships range from $5,000 to $50,000.

Music heals, and according to the Kardashian sisters, Lamar Odom found strength by way of bedside performance by the controversial creator and producer Kanye West. The former NBA player was found unconscious at the Love Ranch brothel in Las Vegas, as a result of a drug and alcohol overdose which cost him $75,000 and his life, nearly. Speaking of music, with so many talented people making music and fast internet to upload what they’ve made, here are some of our favourite tracks (and Mother’s Day anthems) to hit the Internet this week.