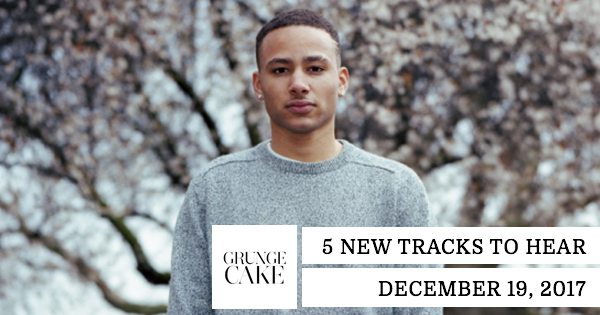 “Little Minds” by Melbourne’s own Scott Graham is a song about having superpowers and the frustration with being misunderstood by the masses. According to the written description provided, the thought-provoking musician made a “modern take on the protest song.” His hope is rage against the system and to show how a powerful few can impact others. “Little Minds” is the first single from the Australian singer-songwriter’s debut solo EP. Stream the new track now.

Anything that sounds like expert spoken word performance excites me. Whether you want to acknowledge it or not, spoken word isn’t a breeze. There are a rare handful of people who can articulate and animate words for a variety of individuals in a crowd. It is another thing to put it on record and keep someone’s attention. Different from the usual trendy sounds on today’s pop charts, Brooklyn-based trio Pear Moth enlists Amani Fela and Max Zooi to tell a story about transferring energy, inner-bliss, complexities and doing right by those who do right by you. Described as a “rollicking hybrid track that combines Hip-Hop with live instrumentals and programmed drums,” you get what you’ve read. It is from the group’s astral debut EP titled, “Music for Fish.” It has been out for four days. Give it some love.

Ever listened to music and it sounds the way you imagine an artist’s hometown to be? Whenever I’ve played “MONSTER” by the Moscow-based production duo IC3PEAK, a cold Winter breeze came over me. There is something about the light-airy vocals that juxtaposes the dark EDM production. I know the music sounds impeccable in a club setting. Anyone playing this music during their sets in New York City? Please, invite me. I’ll be there.

Lyrics aside, I think the production work for “Stop Shooting” is remarkable. So, you’re probably thinking: What made you select this song? I’ll tell you. In 2014, the Denver-native rapper, known as Old Man Saxon, slept in his car. At the time, he was homeless. When he wanted to shower, he drove to a local gym. To keep his mind away from his daily struggles, he wrote songs every night. He used music as escapism. Within a year’s time, he wrote hundreds of songs. Eventually, he recorded approximately thirty of them. Old Man Saxon is currently in Los Angeles, California. He counts Mac Dre and E-40 as his influences. I could hear it in “Stop Shooting.” Can you?

On most days, anything that sounds like it might have come from Canada—Mississauga specifically—gets a nod from me. Fabian Secon has received plenty of praise from the who’s who, and it’s because of the vibe he creates. Categorized as “Punk Trap”, I could envision young people moshing and dabbing to Fabian Secon’s “Blood Kisses” in between sets at your local music festival. It’s a record that calls for getting loose. What’s the hold-up?

House music could not and will not go out of style. It is a timeless art form. Would you like to know why? We don’t see an activity called dancing going out of style anytime soon. Deep House is what you listen to when you’re not insecure in public. Dancing is what you do when you’ve hard a day, and you want to be free. House is the sounds you here in an underground club in a metropolis city or on the centre stage anywhere in the world. Your body is allowed to do whatever it wants, and no one is there to judge you. Do you want to know why? They’re dancing with you or next to you. May God continue to bless the heart, hands, and minds of Superfunk. “Tribute to Bangalter” is a party starter.