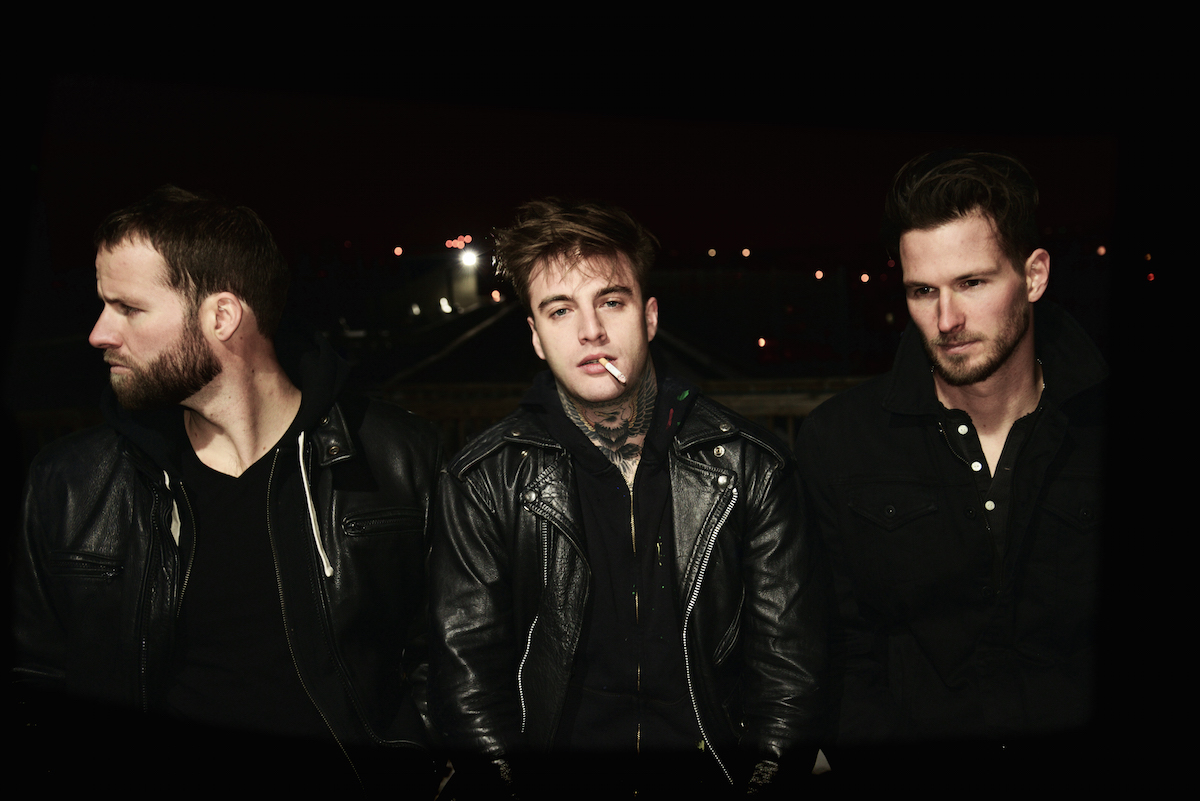 Highly Suspect began in 2009 when three guys from Cape Cod, Massachusetts, two of them being twins (Rich Meyer and Ryan Meyer), started writing music and playing cover shows. On July 17 2015, they came out with their full, 10-song album “Mister Asylum,” which is “Crazy and safe, all in one” to quote lead singer and guitarist Johnny Stevens.

The band first caught my attention while I was browsing and came across them on Spotify, and then when “Lydia” started getting radio play. I began to check out the album and found that I could relate to the expressions in many of the songs. That was explained when I later learned that Johnny Stevens writes from personal experiences and has been raw and open about his struggles with anxiety. In a “bare all” interview with Lauren Kruczyk, a music journalist for Huffington Post, Stevens said:

“’Mister Asylum’ is an answer to the times when the world seems to be closing in around me. Sometimes I feel like I’m going absolutely insane. In this song, I’m begging to be locked away for my own safety and for the safety of others.”

The lyrics in his music definitely convey this, in a way that anyone can connect to, especially those who have braved the monster of anxiety. All three of the members have a passion for songwriting, and their creativity shows it. What also drew me to their music was the mixture of sounds. They have a bit of a grungy vibe that made me feel a little nostalgic about my favorite alternative bands. Along with a blues influence, they’re definitely rock at their core, and talented at that. Their band has evolved since their first EP and taken on a darker vibe. They recorded their first EP “The Worst Humans” with producer Joel Hamilton (Elvis Costello, Plastic Ono Band, The Black Keys). They described Hamilton as “a magical unicorn” who can easily take a song out of the artist and refine it and add the finishing touches that people will grip onto.

That said, they do not make music to release to the radio, they record what they love and then when it’s time to pick a single, they just choose the one they like best. For this album, that was Lydia. They refer to themselves as “an open book.” If you ask what a song is about, they’ll tell you. I love the simple, clear-cut way the members of the band approach and communicate with people. They all seem to be laidback and honest. “23” featuring Sasha Dobson from the female group “Puss N Boots” is definitely one of the hardest rock tracks on the album, with pounding guitar and declaring, “I’m going nowhere fast with you.”

“Mom” was the most personal for Stevens to record, but he believes that emotion added meaning to the song and helped him grow as an artist. They signed onto the record label 300 Entertainment and have since increased in popularity and fans. “Lydia,” the third track on the album, won Best Rock Song in the 5th Annual Loudwire Music Awards. It’s no wonder, it’s an incredible song with powerful, highly-expressive vocals and a chugging guitar beat that will get stuck in your head. The song is about Stevens ex-girlfriend.

The video for “Lydia” is very astonishing. It shows a girl underwater tied up in ropes and at first she seems unconscious, but then after a minute or two, it’s like she just realizes where she is and starts struggling to get free. I won’t tell you how it ends so that you can see for yourself, but I suspect (no pun intended) that the video represents the anxiety Stevens has dealt with. Some of the comments on the video said “Did anyone else nearly have a panic attack watching this?” “I found myself holding my breath for her.” Some people even got distracted watching her try to get free and actually tuned out the song, but overall they’ve had a good reaction and many people say that they are new fans of Highly Suspect. I can say the same!

Stevens is growing as a person, and says that he is far from being rid of his struggles, but it’s all a part of life. You live and learn, enjoying the highest highs and working through the lowest lows. We can all relate to hard times, and I wish them all the best in their health and success. Rich, Ryan, and Johnny have all expressed that they will continue to evolve as a band, so their music will change with each album. We have a lot to look forward to with this rock trio! They seem to be tight knit, they have a good producer and management, and they work hard. This band is truly making art.

Highly Suspect has toured with Halestorm, Stone Temple Pilots, Chevelle, and have played at Bonnaroo and many other venues. Anyone who has seen them in concert says that they put on an incredible show, knocking it out of the park every time. Highly Suspect has my vote of confidence.