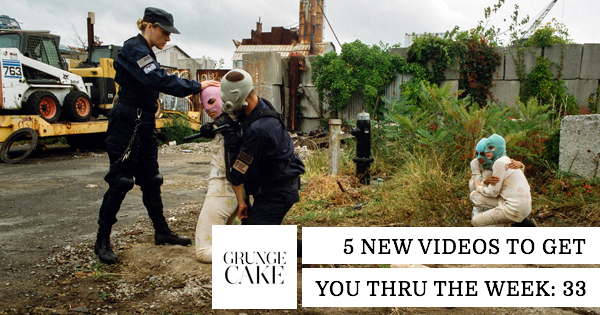 It is a long song by today’s standards, but it doesn’t bother me. Do you remember Still A Great Night? The guy who I said had a ‘cutting-edge, comedic approach’ and an interesting way of delivering lyrics? Yeah, well, he just released the official video for “Still A Great Night.” Is it me or does the track have an anthemic production and hook? Watch the video now. It is lip-synched by a young girl. She does not look a day over eleven.

When you’re watching, please make sure you are in a quiet place or that you have headphones on. We wouldn’t want you to miss out on the sheer sarcasm, jokes, and gems. It reminds me of something I’ve listened to before, maybe from the late eighties or early nineties, but I am drawing a blank.

I won’t trick you. Someone, anyone? Could you get this thing on a movie soundtrack? Thanks.

Huko – Can’t Get Over You featuring Atlas (Submission)

Sometimes, the lyric video is a hard sell. I know. We’re living in a time where multitasking is an understatement. Most of us (Generation Y) are doing more than the generations before our time has done. With the emergence of the World Wide Web and the accessibility, it is easier to connect with various ethnicities.

How do the sentences relate to what you’re watching? The movement of the typography keeps you engaged, the lyrics are relatable, and the musical composition sounds great.

Before today, I had the ache in my chest as a result of a weird separation. When you’re going through it, you think you’re not going to live to that point, but you do. Healthy human beings tend to fall for or fall in love with another person to get over the next. Unfortunately, everyone doesn’t have the option(s) to do/live out what I’ve just mentioned.

Like Future wished upon a star for, I am happy to say that I’ve gotten my bitch back. Breakups, or whatever you call the one I went through, are hard to shake. In reality, they aren’t as long as you think they are. My aching lasted for a month. Had I been told, it would have been much easier.

Huko, babies, or anyone who feels like this now, you’ll get over it soon. Keep your chin up. You’re beautiful even if you don’t feel like it, and you are loved by others.

Years ago I connected with the eccentric dark-haired vocalist, Chansz Odero, from Brooklyn Alternative at a friend’s recording studio. Upon hearing her voice for the first time, I couldn’t believe how sultry and retro it is. For some people, music is a way to set themselves free. For others, it is a platform to tell stories: Theirs or the story of others. It is hard to say what inspired “First Street”, but I can bet it was during a time when the author felt selfless, neglecting oneself.

There are a lot of emotions and memories pouring from Odero’s coated vocals that complement the cold graffitied walls, spraypaint cans, and filled canvases. The visual is colourful yet dark. Speaking of colour, could we talk about how rad her pink electric violin is? I know, right?

Look at the way his little body moves? Have you seen it? Before you know, there are other bodies. In the name of war. Fortunately, this time, we aren’t subjected to gore. Instead of a bloodbath, the art of dance is put to use and is victorious. You, you out there, put the guns down and watch the James Lee direction below.

Never in millions of years would I think I would get a submission for Pussy Riot. There’s not much to say about the quality of content which comes from these women. Of course, in what feels like a happy-go-lucky track, they’re faced with the police and violence. Watch the new video for “Police State” now. It comes from the group’s Nice Life Winter ’18 playlist. It will be out on December 8 through Nice Life!

Listen, anything with more than two women—in one area— is sceptical to the general population. In this case, there are five, and they look like they are dancing in paradise. Men (FKJ) are behind them. The music is even. Nothing is out of place, and if it is, it is purposeful. That’s enough to get my support. Watch FKJ’s viral video now. It has over 2.6 million views. FKJ stands for French Kiwi Juice. (((O))) wrote the lyrics.