Have you ever had a crush on someone or when you’re with someone you’re getting to know, you get shy? I believe those moments are amongst the best human experiences. It’s unlike everything else we feel. Seemingly, everything that makes logical sense goes out of the window, and you are bare. Nothing compares to the high you feel when you’re starting a new love, or you are in love. So, like us humans do, Paul Castelluzzo, creatively known as Hether, wrote a song about a time he fell for someone special for his forthcoming solo project that drops this Friday (November 8). His goal is to evoke emotion by creating songs inspired by his childhood.

Fourth months ago, Hether’s lead single ‘When U Loved Me’ came out on his indie imprint: Hether4weather. Now, it has over a million streams on Spotify. Before releasing his solo music, Castelluzzo played the guitar in a fifteen-person Latin band. After touring with the band all over the world, his sister died from a drug overdose during the holidays. He fell into what seems to be depression.

Successful singers with voices in this range are rare, so when I came across Hether’s new song ‘Shy’, I felt the need to highlight it. Before he started writing songs as Hether, he didn’t sing! Can you imagine what our music catalogues would be like without our favourite voices? Could we have this style of a sun-bleached song without the singers who inspired him? Most of the time, taking a chance is what makes the difference. 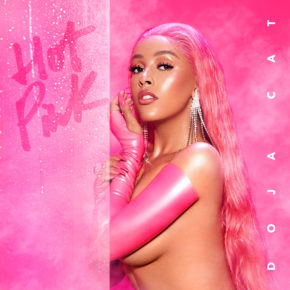