Hennessy, the world’s best-selling Cognac, continues to push boundaries in the spirit of its Never stop. Never settle. mantra with a new collaboration and limited-edition offering from Harlem hip-hop artist and painter A$AP Ferg. Bringing together three of the artist’s passions: art, music and Cognac, this is Hennessy’s latest creative collaboration centred around the notion of pushing the limits of one’s potential. It is a value the Cognac producer has prioritized since inception more than 250 years ago, with eight generations of the Hennessy family and eight generations of the Fillioux family Master Blenders representing the endless pursuit of creating the perfect Cognac, year after year. 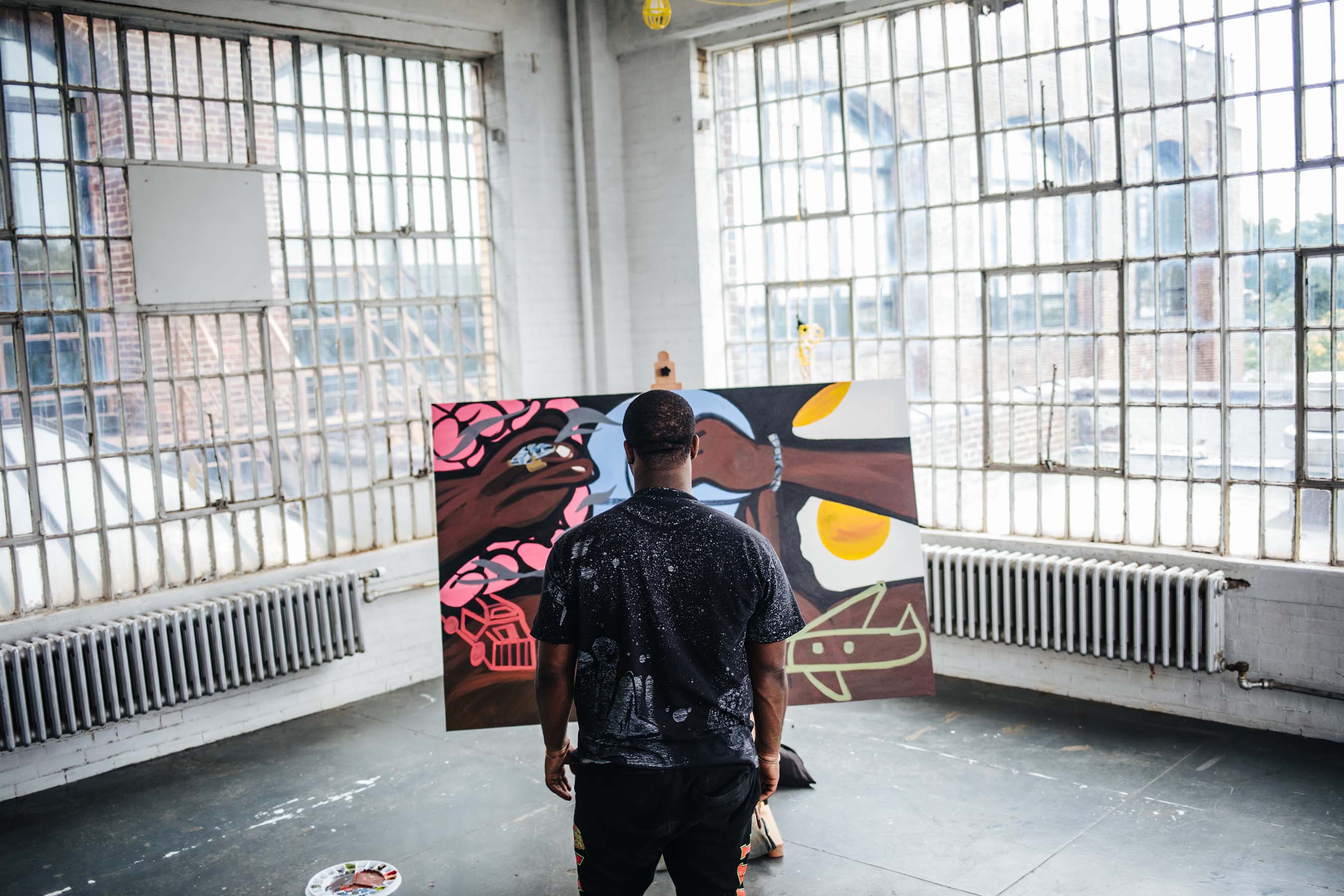 In a new digital video launching today at YouTube.com/HennessyUS, Hennessy spotlights the ‘Never stop. Never settle.’ story of New York City native, A$AP Ferg. From humble beginnings in Harlem to his rise within hip-hop collective A$AP Mob, Ferg shares his unique creative process that’s established him as a master behind the mic, as well as in other endeavours, including painting.

The video was shot in Ferg’s hometown of Harlem and features new music from “Family” – his latest track that dropped today, in collaboration with Hennessy, on SoundCloud. Hennessy and A$AP Ferg have a shared passion for pushing the limits of potential and recognize the importance of family in building a successful legacy. In the video, Ferg discusses these passions, while painting a reimagined version of his latest launch cover, Still Striving, which spotlights the artist tying his own doo-rag as though preparing for battle. Through the lens of his musical style, the painting serves as a depiction of his ‘Never stop. Never settle.” story, with an amalgam of colourful visuals representing an unwavering dedication to art & music. 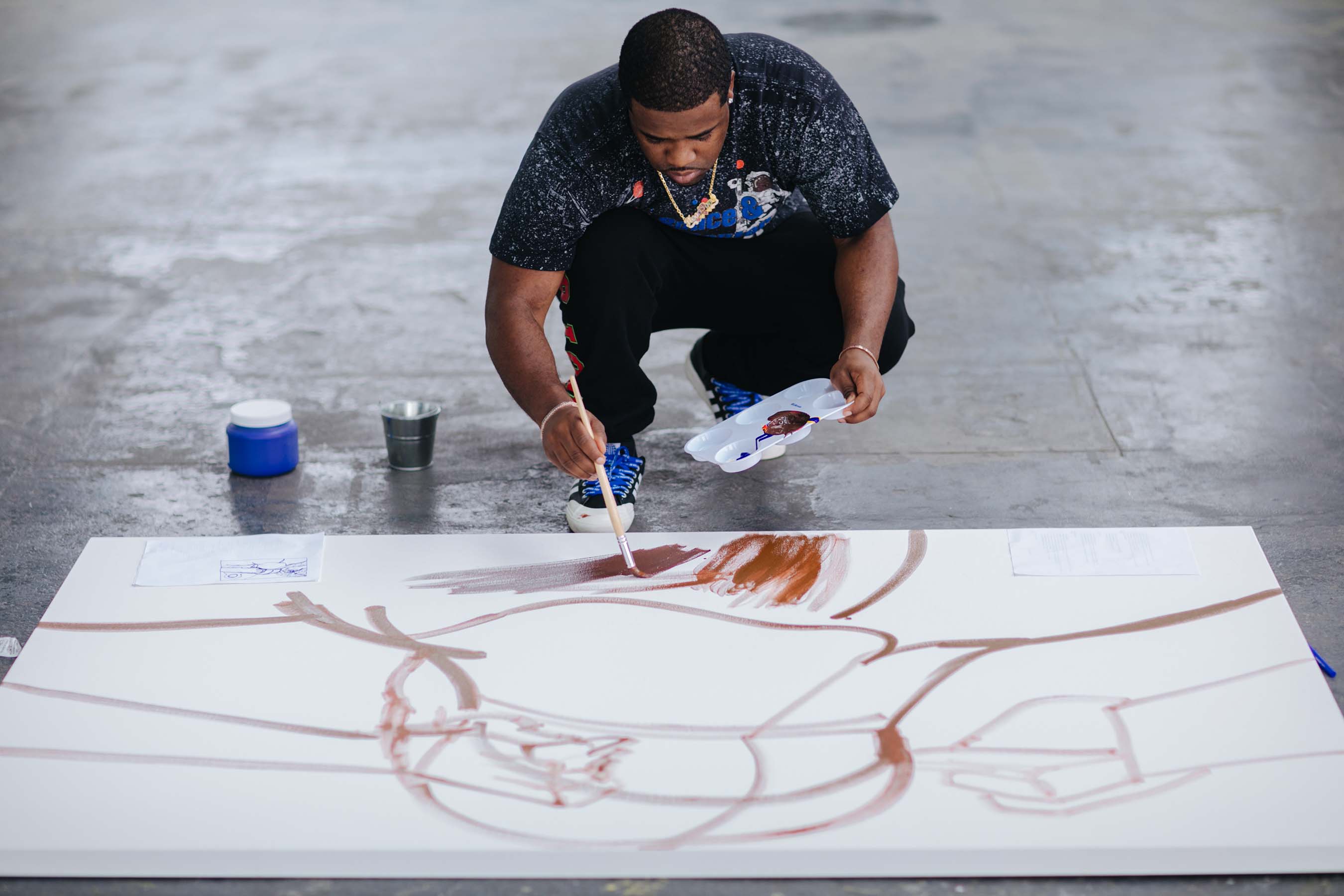 To create the Hennessy Uptown at home, combine the following ingredients in a shaker over ice until chilled: 1.5 oz. Hennessy VSOP Privilège, .25 oz. cinnamon syrup, 3 oz. hibiscus tea and 3 dashes Angostura bitters. Strain over ice into a Collins glass and garnish with a lemon wheel, a pinch of chipotle powder and a float of crème de cassis.

In 2018, the Maison Hennessy celebrates over two and half centuries of an exceptional adventure that has linked two families, the Hennessys and the Fillioux, for seven generations and spanned five continents. It began in the French region of Cognac, the seat from which the Maison has constantly passed down the best the land has to give, from one generation to the next. In particular, such longevity is thanks to those people, past and present, who have ensured Hennessy’s success both locally and around the world. Hennessy’s success and longevity are also the result of the values the Maison has upheld since its creation: unique savoir-faire, a constant quest for innovation, and an unwavering commitment to Creation, Excellence, Legacy, and Sustainable Development. Today, these qualities are the hallmark of a House – a crown jewel in the LVMH Group – that crafts iconic and prestigious Cognacs.

Hennessy is imported and distributed in the US by Moët Hennessy USA. Hennessy distils, ages and blends spanning a full range: Hennessy VS, Hennessy Black, VSOP Privilège, XO, Paradis, Paradis Impérial and Richard Hennessy. For more information and where to purchase/engrave, please visit Hennessy.com.

Cocktail Courier is a premier online cocktail delivery service bringing the craft cocktail experience to the comfort of people’s homes with its on-demand cocktail kits featuring drinks made by top local, professional bartenders. Cocktail Courier aims to demystify the craft cocktail process by delivering its cocktail packages complete with pre-measured ingredients (including the liquor) and an easy-to-follow recipe card with step-by-step instructions. Cocktails featured on the site can be ordered à la carte (assets of 4, 6 or 12), or as part of a subscription package (weekly, bi-monthly or monthly), and delivered right to one’s door. All that’s left to do is open the box, shake or stir as directed, then sit back and enjoy!

A$AP Ferg is an American rapper from New York City’s Harlem neighborhood, who launched his debut album “Trap Lord” in 2013 and his follow up album “Always Strive and Prosper” in 2016 which bridges the gap between Trap Lord and his mixtape of Ferg Forever as far as his growth and maturity as an artist. Ferg’s latest release is a mixtape called “Still Striving,” which launched in August 2017. In addition to his solo career, A$AP Ferg is part of the Hip-Hop collective A$AP Mob. Although rapping one of his main passions, he is a successful business owner, entrepreneur and painter.