After the 2016 release of his debut album, HDBeenDope follows up with a strong new project entitled ‘BrokeN Dreams’. Honestly, I haven’t been this excited for an album since ‘Cilvia Demo’. The project takes you on a roller coaster of emotion as HD speaks his truth. It’s raw, authentic, and as gritty as it is original. From crippling self-doubt to braggadocios bars and self-examination, HD manages to get his messages across with witty punchlines and catchy flows. 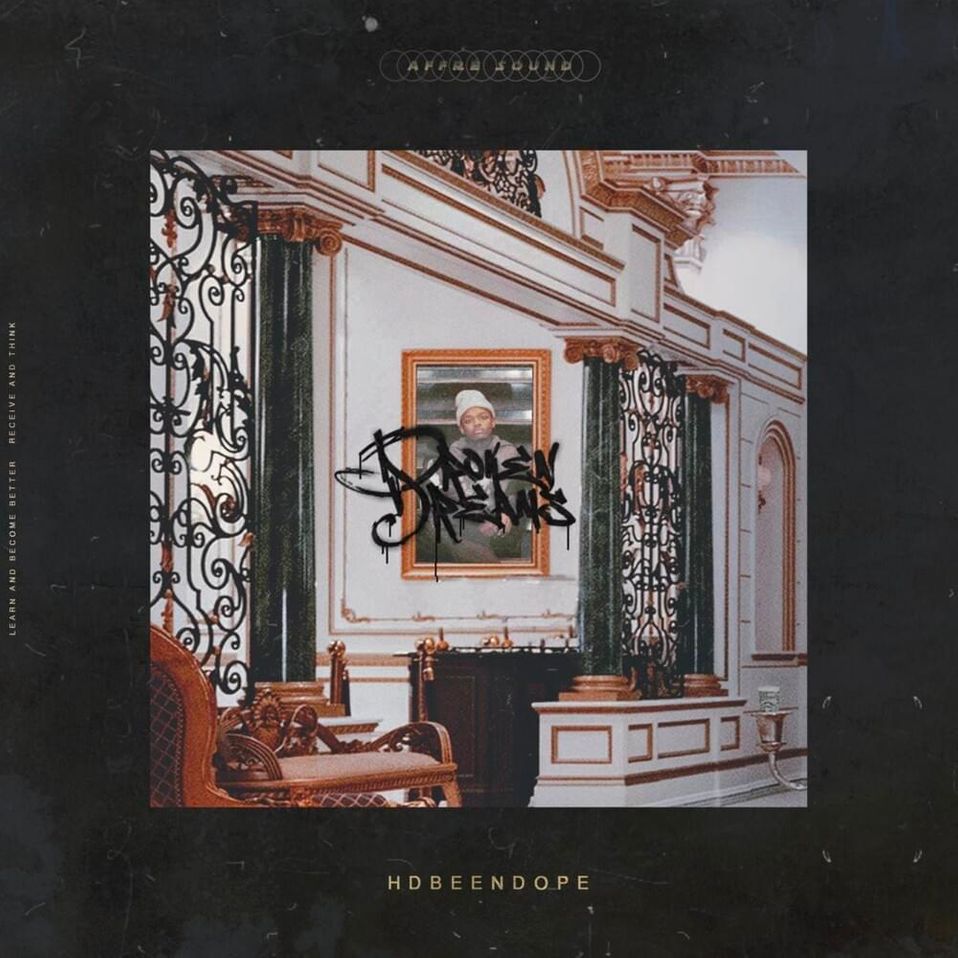 If he isn’t spitting with machine-gun delivery, he’s crooning over melodic hooks such as the one on ‘Windows’. He illustrates his drug abuse and the estrangement within his family. HD acknowledges the burdens “outside his window” but accepts them as he smokes his jay. With the current state of the world, that couldn’t resonate any more than it already has.

A standout track on the album is ‘Hollywood’. HD addresses the disconnect between himself and his peers due to his recent success. Despite the verbal abuse hurled his way, HD manages to walk away with his chest out, accepting the fact he will be branded Hollywood for levelling up. HD definitely threw me on the nostalgia train with a noticeable nod to the Eminem track, ‘Stan’ with his song, ‘Superheroes’. Just like Marshall Mathers, HD tells the story from the perspective of a fan, completely disillusioned by his hero. This full-length album is a healthy, fifteen tracks, running at fifty-three minutes. It’s an impressive project overall and I’m definitely looking forward to more from this brilliant artist.