Get to know Rich Morrow.

Meet our newest Grunge Boy, Rich Morrow. He is handsome, energetic, and will beat almost anybody in a game of one-on-one. From the basketball courts to modeling, Mr. Morrow has persevered and never let the word ‘no’ stand in his way. The Cleveland, Ohio-native athlete was an instint hit on Vine and quickly realized that basketball wasn’t his only talent. He was raised by his mother and gives her credit for making him the man he is today. He is intelligent, kind, funny, and a true gentleman. Currently, Mr. Morrow is featured alongside Serena Williams in a new Nike commercial where he’s showing off his basketball moves. 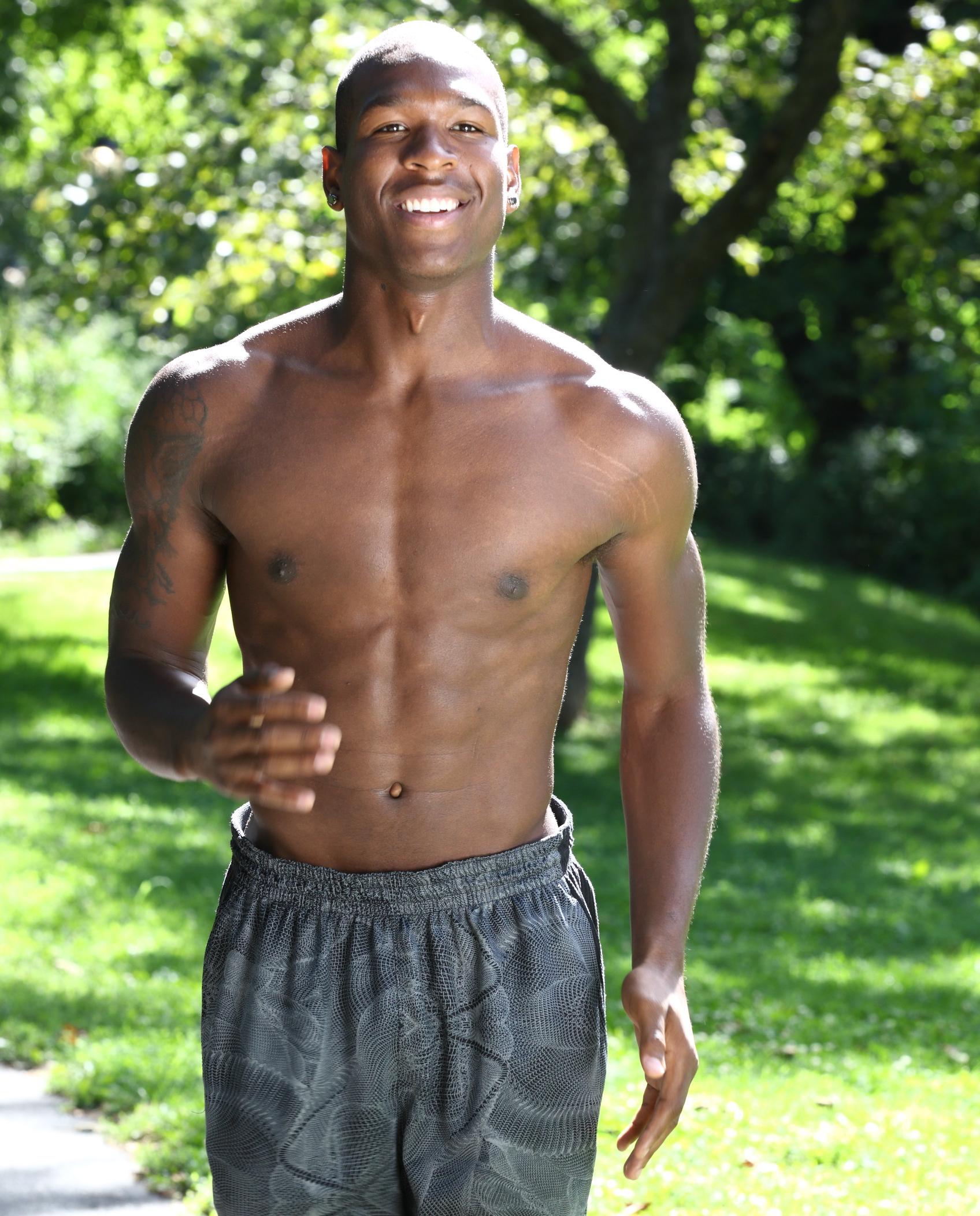 Congratulations on having a national Nike commercial! What was it like shooting with Nike and other elite athletes?

It was amazing! I have always loved Nike so, now, to be featured in one of their commercials—it’s a bit surreal. [It was] very high energy and I was surrounded by good people. We shot in Los Angeles for about 13 hours. It was a lot of fun!

What would you tell a potential girlfriend about dating a model?

Dating a model like me, is probably a lot like hell. It takes a lot of a self-confidence and patience, because every day is different.

How can we find you on social media?

What’s next for Rich Morrow?

Acting. I am currently writing a show about my life. I want to provide more content and tell [more] stories like mine. I love modeling, but acting is my passion. So I am constantly writing and taking classes; learning to perfect my craft. 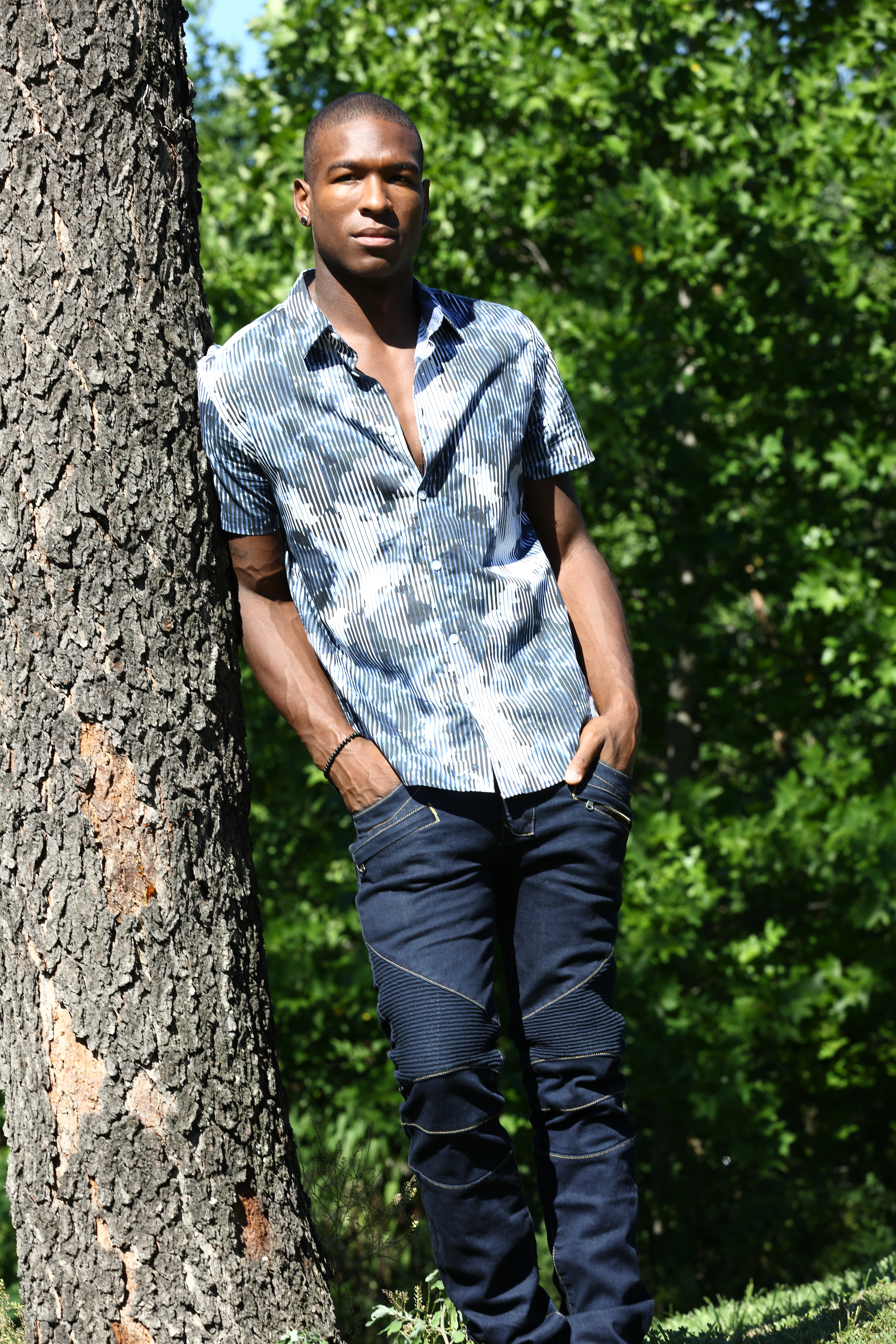 I’d probably have to say LeBron—solely because I’m an Ohio boy like him. I have been so close to his career, all my life. But [Michael] Jordan is still the G.O.A.T.

Just two weeks after graduation in August of 2014, Rich Morrow traveled across country from South Florida to relocate to Los Angeles, California but not before stopping along the way for various modeling shoots in Atlanta and Dallas on his way to becoming a published model. Rich Morrow is published in numerous magazines such as KRAVE (Winter 2015), Munaluchi Bridal (Spring 2014), Fashionably Male (Summer 2015), RARE Magazine (Summer 2015), and Men’s Fitness Magazine in Fall of 2016. In July of 2015, Rich was recognized for his modeling pursuit and named the KRAVE Kover Kontest Winner where he graced the cover of the magazine during the holiday season of 2015.

Weeks after becoming a cover model, Rich Morrow signed with his powerhouse mother agency Wilhelmina Models under both their Los Angeles and New York Fitness, and Fashion Divisions. Rich is represented commercially by Stark Talent under Alycia and Daniel Stark and continually studies acting under legendary acting coach Janet Alhanti and her daughter Iris Klein. Rich is in the midst of building his career as an all around entertainer in both the television and film industries and modeling industry.

In addition to acting and modeling Rich also is an aspiring writer currently working on a passion project TV series entitled #BTS. He plans to take on hosting opportunities in the years to come as well as he ventures further into his various careers.