San Francisco talent Giraffage has a new body of music coming into the world via Fool’s Gold and it is called ‘No Reason’, which is set to release next Tuesday, November 18. Previously, the producer released two singles called ‘Be With You’ and ‘Tell Me’, his latest EP tune ‘Chocolate’ can be heard today for the first time on vogue.com. Hot off a massive tour with Porter Robinson this past Summer and a series of intimate ‘Bay Area Takeover’ hometown shows earlier this month, Giraffage will start 2015 with a bang by taking his No Reason tracks on the road for a headlining tour along with Spazz Kid and Pomo. He’ll also be performing at Fool’s Gold Day off Miami on December 7 with Danny Brown, A-Trak, DJ Mustard and more: Get tickets via this link.

Tickets for the “No Reason” tour go on sale on Friday, November 14 on each venue’s website. You can also visit this link for more info. 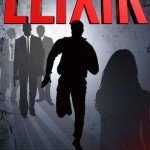