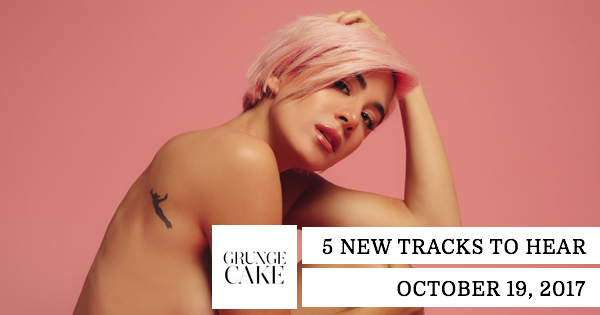 As Lo-Fi as they come, Verday La Negrita (vocalist) and Neon June (producer from Baltimore, Maryland) have teamed up for a busy track called, “Spaceships.” It is an Experimental Jazz track, a genre that I have not covered. Nonetheless, I felt the need to challenge myself. From the standpoint of a person who usually listens to polished music (or music for a commercial audience), I thought it had the potential to be a song that everyone could enjoy, but the saxophone sounds are a conflict.

“When you run your mouth, it comes back around.”

Mexican-American singer-songwriter Gabriela Francesca is on the money with that line. Once you’re a person of interest, you are a topic of discussion. I’m sure Francesca has a story or plenty to back up what she’s singing. Ironically, she is a Leo, so it made me laugh. Based on what I know about Leos, they enjoy praise and attention.

Denzil Porter, a Bronx-native rapper that I’ve had the pleasure of meeting years ago, just released a new song with fellow Bronx-native rapper, Chris Rivers. Switching up his flow as the track enters the second half, Porter raps about sold out shows and how he handles opponents. Then, Big Pun’s son catches wreck and puts the finishing touches on the track. Stream the record below.

Out of the bunch, I found Still A Great Night’s self-titled track to be hilarious. As described on his Instagram, his hands are the hands to cover Janet Jackson’s breast on the 1993 cover art for his eponymous album. It’s a cutting-edge, comedic approach, but it works. He’s not overdoing it.

Not only do I enjoy listening to this track over and over. It reminds me of Capital Cities’ music. When David Harks hits the first chorus, it also reminds me of Faith’s infamous cadence and key when she sings “On that morning when this life is over…” in the tribute to her late husband, Notorious B.I.G. “Avalon” is vivacious chillwave track that talks about the feeling of going home. I don’t know about you, but after a long day of work or being in the field with other humans, I am excited to return to my place of residence. Home is where the heart is.