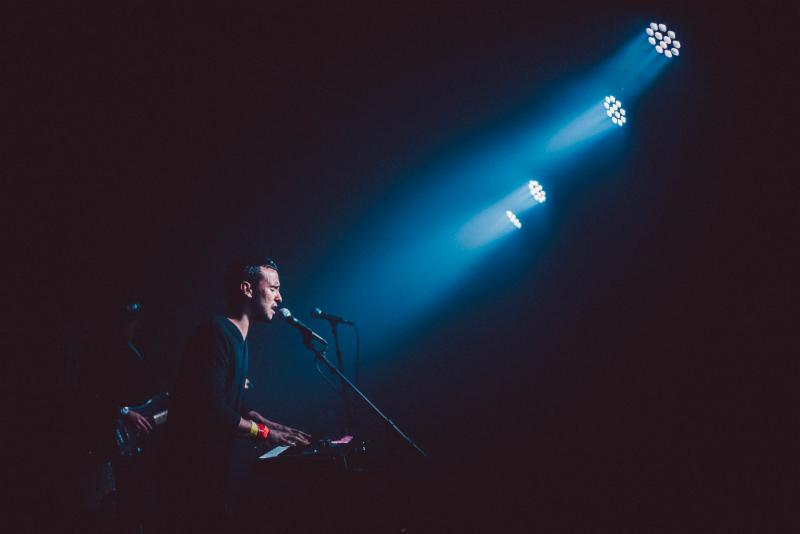 Fresh off his feature on the new Drake mixtape, NYC’s R&B vocalist and multi-instrumentalist Gabriel Garzón-Montano kicked off the last day of SXSW at the BrooklynVegan party at Red 7 where he brought his soulful sound and mesmerized the crowd that included rising star Zoë Kravitz. Later that night Gabriel joined Heems, Beat Connection and more at the Check Yo Ponytail, Mad Decent & Fool’s Gold: SUPER PARTY for an intense set with a packed audience.

Gabriel Garzón-Montano is often compared to greats D’Angelo and Stevie Wonder. Playing every note on his 2014 debut EP Bishouné: Alma del Huila Garzon-Montano showcased his talent and ability as a musician, leading to Lenny Kravitz selecting Garzón-Montano as the support act for his 2014 European tour.