Jarring and daring are the best words to describe the lifestyle of a trap star. 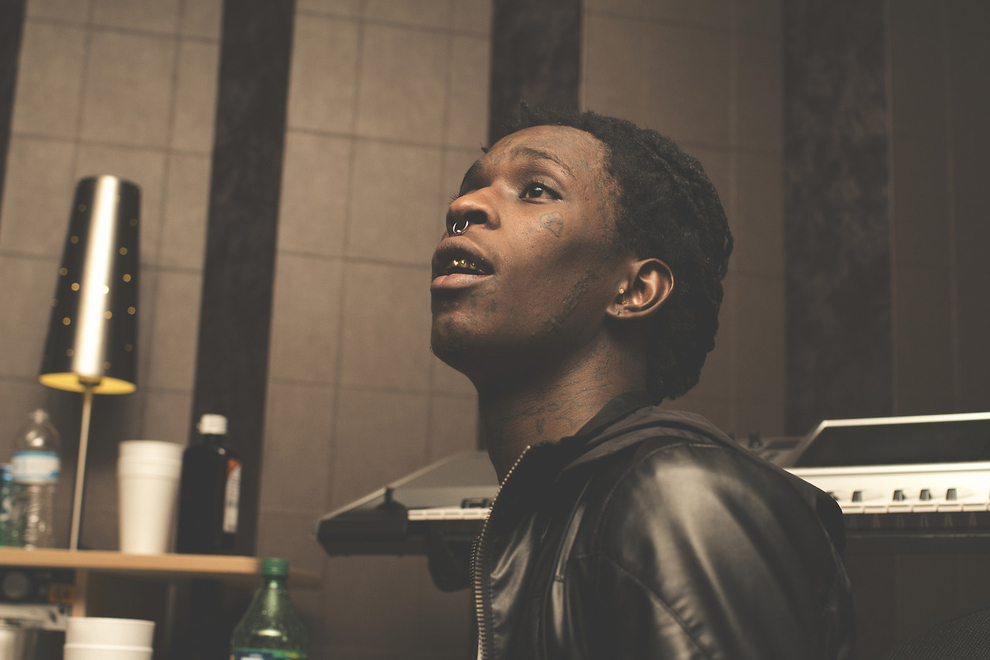 Since the beginning of the month, my boyfriend and I have been listening to “Future Swag” by Young Thug over and over. It’s one of our top songs to play in the car as he drives around the tri-state area. The song encapsulates an energy that doesn’t seem to die out. For this reason, it feels immortal. It just keeps going and going and going like the Energizer Bunny.

Both known for saying outlandish things in their lyrics, Young Thug channeled Future’s disrespectful audaciousness. Telling us that he wants to fuck on the mother of someone else’s child is not only as rude as one can be, but it is enough to want to fight someone and possibly end their life. Jarring and daring are the best words to describe the lifestyle of a trap star. When you’re a profound drug-dealer, you lose who you were once, which would justify any barbaric behaviour.

Future, who is one of the most influential artists of this time, just released two albums (“Future” and “HNDRXX”). So I thought it would be a good way to show my fellow Scorpio some love, as he deals with the harsh realities of being a parent who is famous, losing his bitch forever, and everything else that comes with being an unruly superstar.

All things considered, anyone who knows me could tell you that I cannot stand a lazy person. Especially, a lazy Scorpio male. Why? Because I know the greatness one could possess if they’d just apply it. Furthermore, I’d like to think that most Scorpios are like me. In my opinion, we can quickly identify a problem and create a solution if one isn’t available. Whenever someone with that skill doesn’t apply for self-betterment or the greater good, it pisses me off. In any case, I don’t know Future personally. However, his output lets me know that he doesn’t waste away, creatively. He is fine and dandy in my book.

Regrettably, if you’re late to the Young Thug (or “JEFFREY”) party, stream the entire album via this link. You’ll get to hear the young Atlanta-native superstar take on the many cadences of his influencers, famous people, and Harambe too.

Finally, speaking of Scorpio male entertainers, could someone tell the flawless singing-songwriting Miguel to release some new classic material next quarter? We’re in a mother-loving drought.