Currently trending on YouTube at #46, Future’s latest features a beautiful woman by his side as he sings/raps about transcending from the bricks to the big screen. Sharing some detail about the lifestyle of a hustler, ‘Tycoon’ follows the rules of Future’s signature bombastic production and hypnotising melodic delivery. Watch the clean Elf Rivera-direction below.

Brooklyn’s it-boy Fivio Foreign picks up where he left off with his risky lifestyle in his new cinematic visual for ‘Wetty’. As the love story plays out, he and his girl face a near-death situation, and she doesn’t scurry. To my liking, at the end of the video, he plays out the first verse of the song. It’s what made me like the song the most because who doesn’t like when art imitates life? By the looks of it, Brooklyn Drill is here to stay, and Foreign will forever be on the frontline. Check out the visual now.

One of Chicago’s Drill pioneers, Lil Durk is back with the official visual for his endearing song called ‘All Love’. Looking to take his career to the next level, he talks to friends about connecting to the souls of his fans. Check out the black-and-white video featuring concert footage currently trending at #4, below.

On a Brooklyn Drill beat, Queens-native rapper Rich the Kid brags about his lady wearing Chanel only; no Yeezy’s. Posted up at a laundromat and deli for the linkup, he and some friends hang out, dance to the uptempo beat, and eat pizza. At the end of the video, he pays homage to the late Pop Smoke. Watch the official visual for one of the vivacious singles from Rich the Kid’s new album, ‘Boss Man’ now.

The moment of silence at the end is beautiful. Try not to cry as you watch. Currently trending at #13 on YouTube, the posthumous visual for ‘Shake the Room’ features Pop Smoke and Quavo spending time together in Paris, France. As an avid listener and supporter of the Brooklyn Drill movement, not only is this one of my favourite songs on ‘Meet the Woo 2’, it is so good to see them having fun. Pop Smoke was really on his way. I predict this song is going to chart. Watch the video to see our fallen hometown hero in one of his last moments. And thank you to Virgil Abloh and his team for getting this done.

As both artists offer tight verses on the danceable track, the video for ‘Havin My Way’ opens up with the two—Lil Skies and Lil Durk—tied to the ropes like puppets. Next, they’re in the crowd amid zombie-like people. It isn’t clear how they got there, or why, but it makes for a damned good visual. In particular, Lil Durk’s verse starts with referencing Lil Baby and Gunna’s famous hook on the chart-topping record ‘Drip Too Hard’. 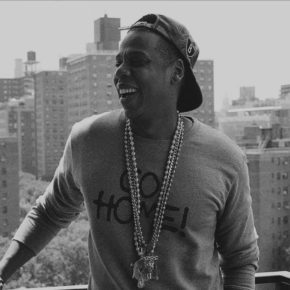