If you’ve never heard music made by a six-piece band from Chicago, who record themselves, produce themselves and mix themselves, listen to ‘Domino 6’. It’s the perfect amalgamation of what we love about this style of music, Perfect Blue’s humming vocals, and storytelling. Check out one of the band’s newest records.

During my stint of heavily researching female-fronted bands from Seattle, I heard songs that had similar elements to that of ‘Growing Boys’ by Empty Beings. The four-piece Post-Punk band will release their first full-length LP ‘Dead and Pathetic’ on October 12 via Play Alone Records. I’ll be happy to listen to the album, the morning after I go to watch The Addams Family on its opening night.

If you’re looking for harsh honesty this morning, frogi has you covered. The not-going-to-sugar-coat-a-thing queen released ‘thnk u’ eleven days ago. It is from the Los Angeles-based singer’s EP entitled, ‘Introvert’, a project that has been two years in the making. I hope you like the delicate yet edgy apologetic track. It’s for anyone strong enough to say sorry to anyone they’ve hurt. Accountability is attractive, yearned for when in search of closure, and necessary.

Experimental in its approach and unique clear in its poetic delivery, British recording artist LA Salami wrote in his diary about an electronic dating app. Describing the internet as a prison and calling Tinder a “great distraction” and a “find and fuck phone application”, LA Salami details his dating experience. Speaking of honesty and accountability as I have above, the writer reveals that he needs to feel wanted to “tap into his [own] debauchery”. Check out the definitive composition below.

Above everything else, Mando Diao frontman Björn Dixgård has one of the sexiest rugged singing voices ever. ‘One Last Fire’ is the first single from their ninth studio album. It is about “feeling the spark within you and deciding to ignite the fire rather than putting it out.” 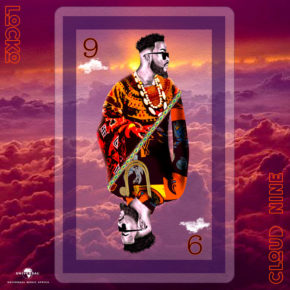