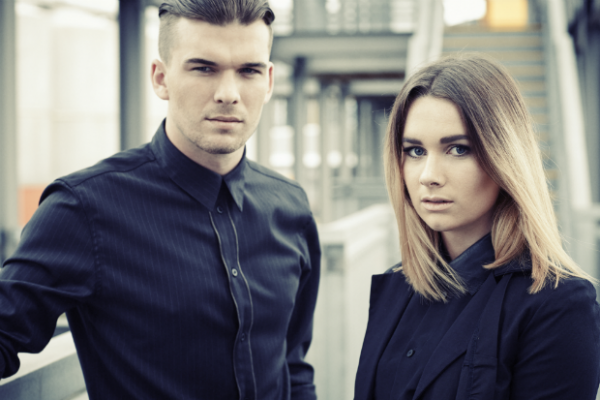 New Zealand Pop duo Broods have been creating waves and intrigue across the globe this Winter since debuting their powerful single Bridges on SoundCloud. Having garnered an impressive 200,000 plays in just a few days, heads quickly turned towards this exciting new act poised to breakout in 2014. Having recently unleashed a brand new track titled Never Gonna Change for fans over the holidays, the band also announced some exciting and unexpected news of a debut self-titled EP set to drop on February 4 (Capitol Records), and are fast becoming one of the most engaging pop acts to emerge from the southern hemisphere since Lorde.

Having formed in early 2013 when they began collaborating with the Grammy nominated music producer Joel Little – the producer for fellow New Zealander Lorde and her Grammy nominated debut album Pure Heroine – Caleb and Georgia started putting their self-penned tracks to tape in the studio and quickly realized they had something special to share with the world.

Tracks such as Bridges and Never Gonna Change offer an exciting glimpse into what’s to come from this promising new duo, who are currently working hard on their debut album (due this Summer) and plan to tour North America very soon.

Broods EP will be available digitally in North America on February 4th via iTunes, Spotify & Amazon.