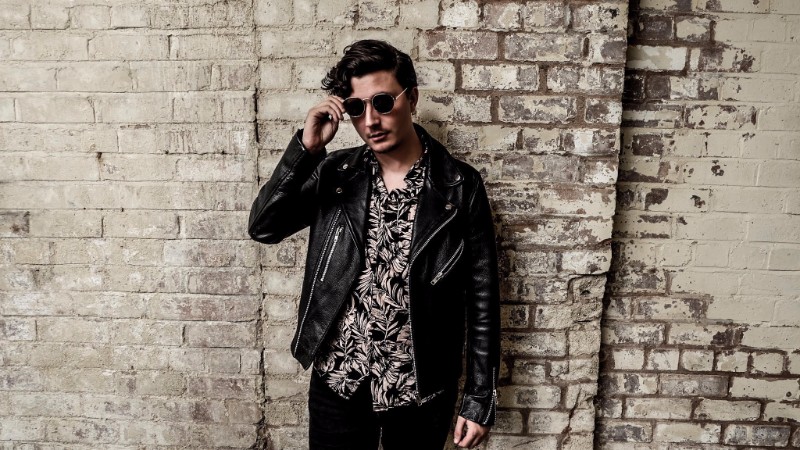 ith their 2016 headliner tour throughout the United Kingdom, Only Shadows sold out shows and set the stage for a promising career. Now, after spending the beginning of 2017 working on new music, they’re ready to release their first single of the year.

“Fight Milk” is everything Only Shadows fans have come to expect from the band, with their sonic style evolving quite naturally. While I’m not sure if it will be consistent with their other soon-to-be-released singles, “Fight Milk” definitely hits harder than most of their other songs. Screaming guitars correlate like a chorus of infuriated angels, leaving Nick’s voice to break through and envelope you in its warmth. Drums pound and tell your heart stories of chaos and excitement.

The whole song rings out with the fury of a wild animal, echoed by the line “I feel like I’m losing control” as it lingers, almost unnoticed, thanks to the song’s excellent mixing. While heavier than much of their earlier work, such as “Be Still” and “Many a Mountain,” “Fight Milk” still has the fun, Pop-infused Rock ‘n’ Roll flair that Only Shadows has created for themselves.

When they broke out with the video for “Be Still” back in 2016, Only Shadows set a high bar for themselves as far as video production. However, “Fight Milk”, while it may be less emotionally involved, is definitely on par as far as quality is concerned. The cuts and transitions fall superbly in synch with the music and are made all the more powerful by the dynamic angles and moody grey atmosphere throughout the video.

The group’s elegantly understated wardrobe only furthers the aesthetic beauty of this piece, transforming the video into something wonderful. While it doesn’t have a story playing out throughout the video, as in “Be Still,” the video for “Fight Milk” is additional artistic and visually pleasing. You would be doing yourself a favour by checking it out.