Embracing his African ancestry, British musical legend Rodney P details how he feels, and where he is from on ‘Recognise Me (I’m An African)’. There’s nothing more beautiful than knowing and understanding who you are.

You can break my heart or shatter my mind.
I’d twist my own arm for one second of your time.

Is that what men go through emotionally for “pretty girls”? It sounds painful, but if that pain is what was needed to create ‘Date Night’, it was worth it. Wouldn’t you want someone to sing with this much passion about you? Jacquelynne, you are lucky. I think.

What makes you anxious? What’s it like when you’re neurotic? Does your blood pressure rise? Does anxiety cripple you? If any of your answers were yes, Fatherdude’s new song ‘Nervous’ is one made with you in mind. Yesterday, the New York City-based artist announced his next show at Mercury Lounge (217 E Houston Street) happening Sunday, October 27. If you’re in town, tickets are available online. Who knows, you may hear ‘Nervous’ live.

If I could describe what ‘perfect’ music sounds like, it would have to be anything Ryan Merchant pours his creativity into. Without knowing he was part of the group, I liked the music Paco Versailles made. Before researching the group, I thought about Capital Cities. My ears scare me, sometimes. Listen to ‘Ventura Highway’ to catch the vibe!

Halsey – Nightmare (Cover by Claire Julian of no reception)

In the middle of May, Halsey released a song called ‘Nightmare’, with a music video that now has over 71 million views on YouTube. Recently, Claire Julian covered the bad-ass care-free track to show her appreciation and share her artistic interpretation. There isn’t anyone else in the shots with Julian. It is just her and you, the viewer—witnessing what’s happening in her mind.

NXSTY and SVRITE’s rhythmic record ‘BANDS’ could fill the void between any Trap record at a youth party when the DJ has to step away from the deck to use the restroom. Get into the energy. 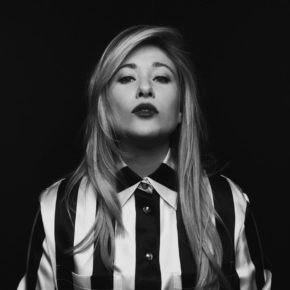