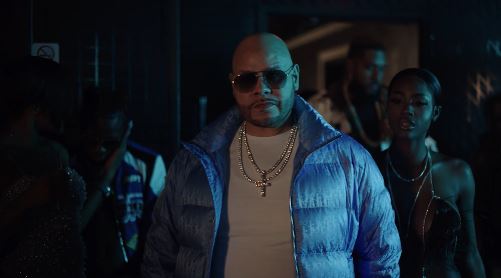 Today, Fat Joe and Dre are teaming up with TIDAL to exclusively release the music video for ‘Hands on You’ featuring Bryson Tiller and Jeremih. The song is the latest single from the duo’s joint album, ‘Family Ties’, which was released in December 2019 and included guest appearances from Cardi B, Eminem, Mary J Blige, Remy Ma, Anuel AA, Ty Dolla $ign.

Boi-1da and Rich Paul (LeBron James’ business partner) co-produced ‘Hands on You’, which features Joe and Dre rhyming over a sample of LL Cool J’s ‘Around the Way Girl’. Directed by entrepreneur and executive Irv Gotti, the music video takes place at LIV nightclub in Miami and includes a touching tribute to Big Pun, Kobe Bryant and Gianna Bryant.

Fat Joe has previously collaborated with TIDAL on a variety of initiatives, including TIDAL X: Puerto Rico and TIDAL X: Brooklyn, as well as music video premieres for ‘Deep’, ‘Pullin’, ‘Money Showers’, and more.