If you read style.com’s review of the Giorgio Armani Fall 2014 collection their commentary began with “Profligacy has never been Giorgio Armani’s calling card…” 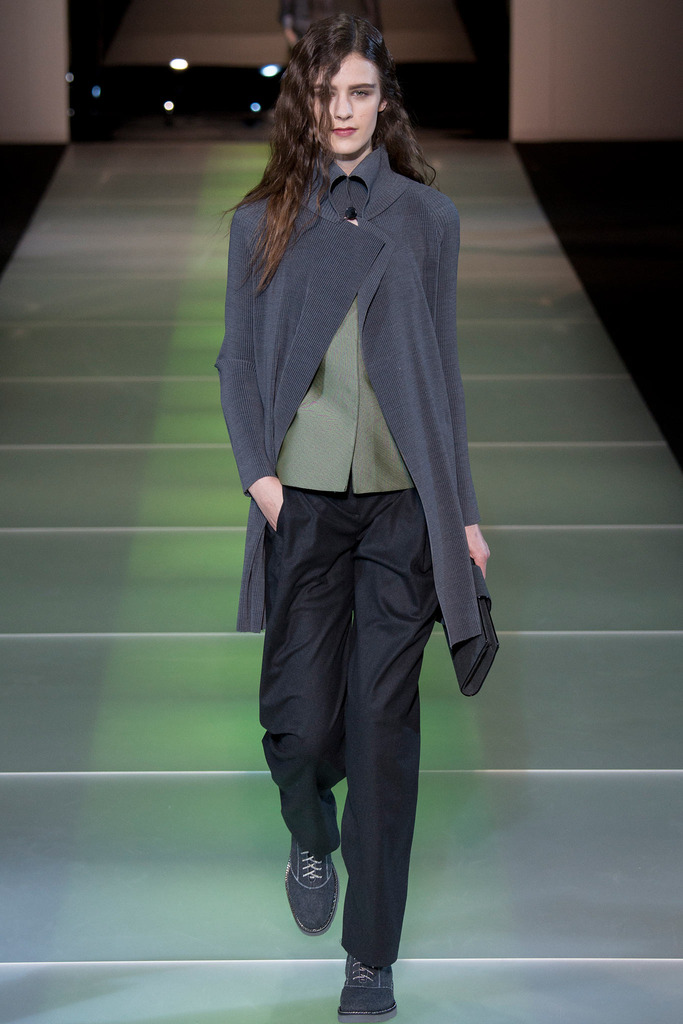 This may be true, however, abundance and extravagance is not for everyone. There are many lanes in fashion, but most brands fit into one of two lanes; couture or commercial. Giorgio Armani‘s RTW collection premiered on Monday, February 24th, on the final day of Milan Fashion Week. Armani previewed the collection to low numbers of celebrity and influential people among the crowd, which prompted an impromptu press conference regarding the snub. Armani‘s comments towards Vogue Editor Anna Wintour, other luxury brands, and the Camera Della Moda‘s scheduling of the shows, were thinly veiled insults and complaints. Headlines and the tit for tat between fashion’s elite aside, the real reason anyone was in attendance was to view Armani‘s latest collection, and it was a damned good one. Armani painstakingly found new ways to reinvent traditional pieces such as blazers, slacks, and the classic shift dress. He gave us luxe fluffy sweaters, and flowing ribbed masterpieces that boasted interesting details, collars, and necklines. 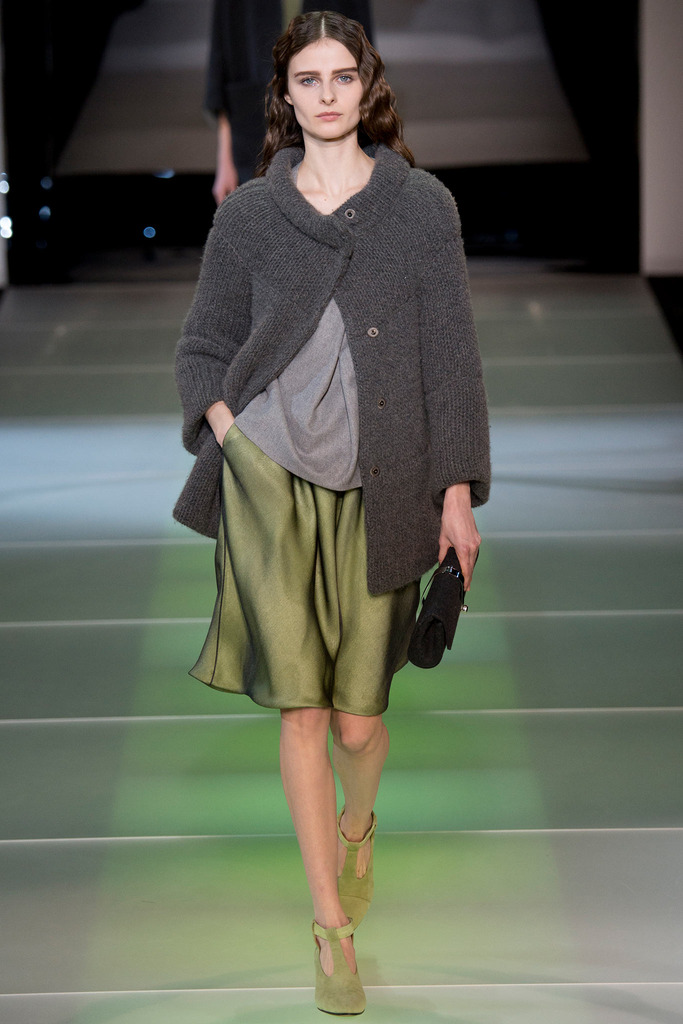 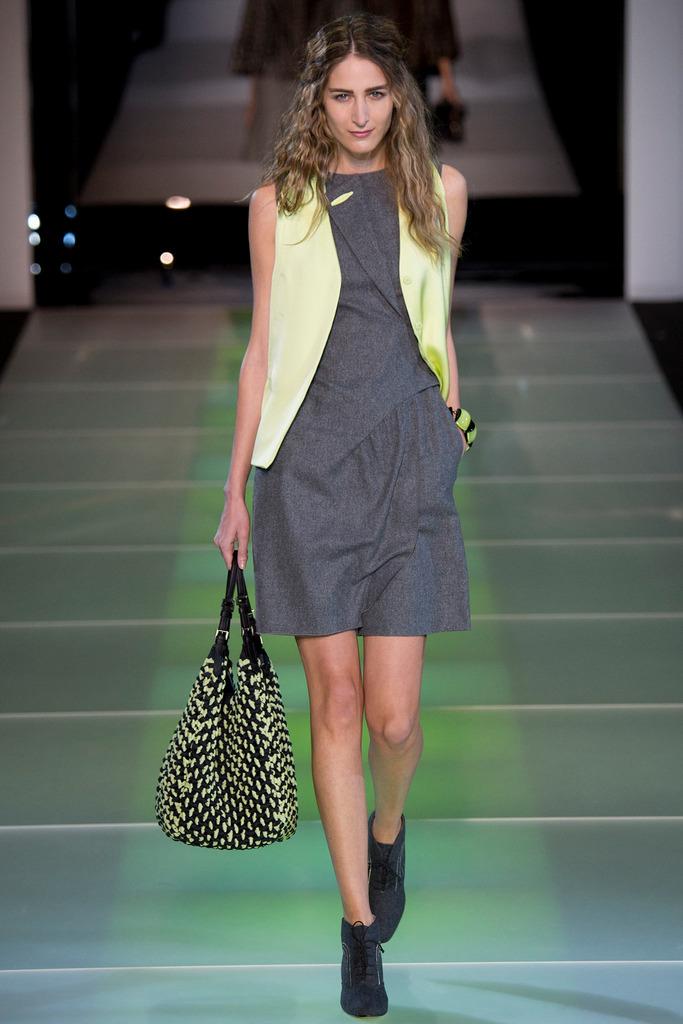 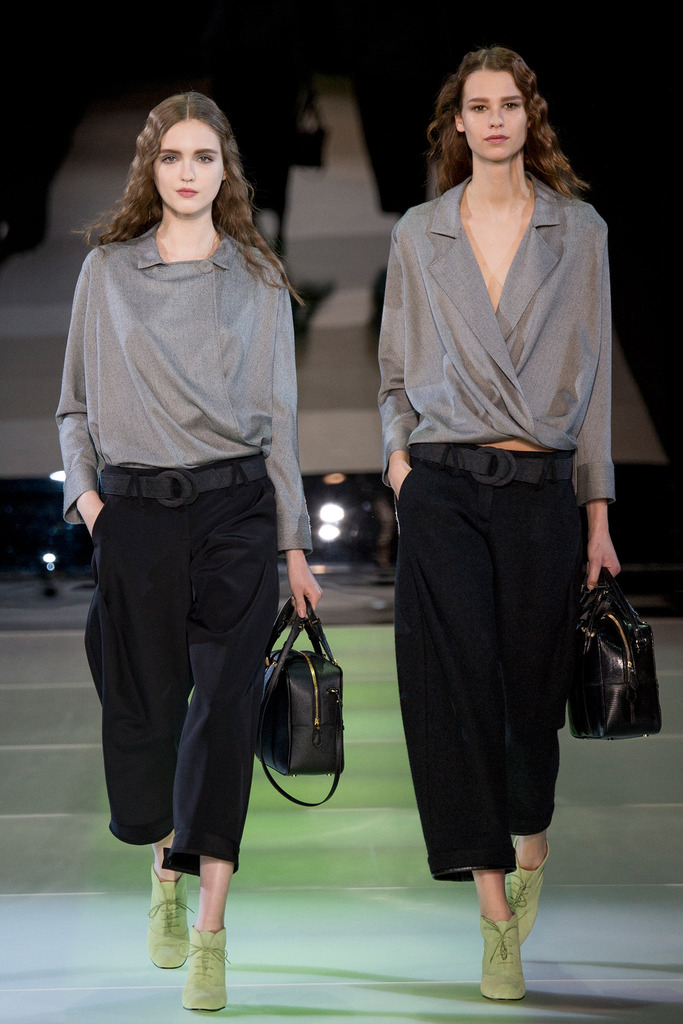 Armani’s latest outing can be described as elegant, pristine, without missing a beat on great style, attention to detail and comfort. Although the color palette was somewhat muted, the designer added wonderful soft lime, pistachio, mint and other hues of green to counteract the grey and charcoal overtones and the pieces were genius, a combination that led to a cohesive, well thought out commercial collection. A very good show, with many wearable, stylized blazers, and slacks that will make any girl turn heads if she reworked her wardrobe with a handful of these pieces. 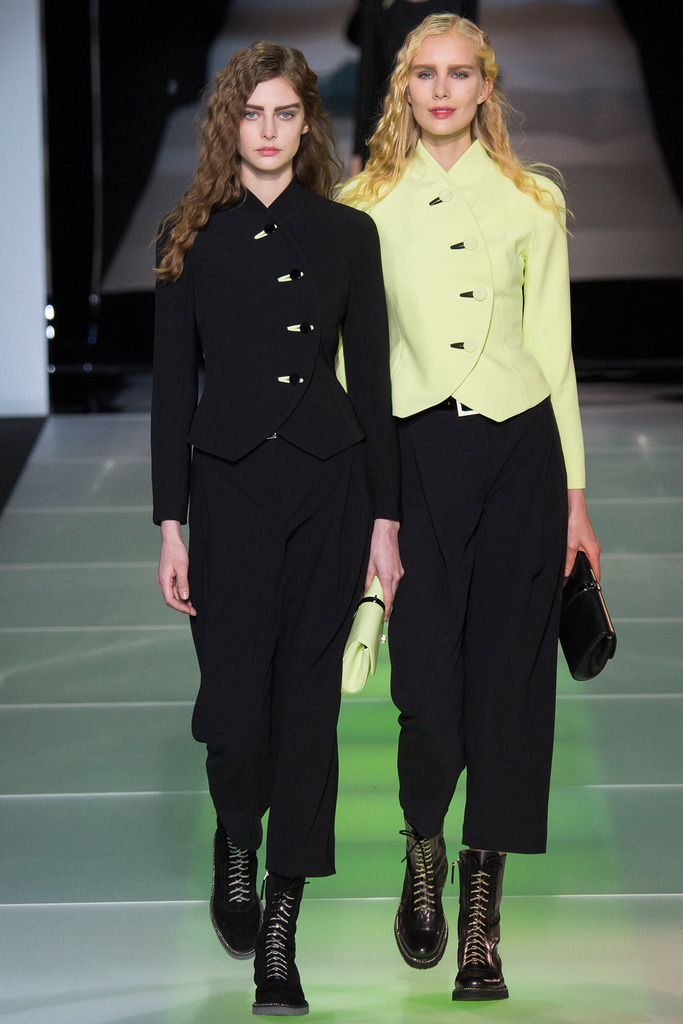 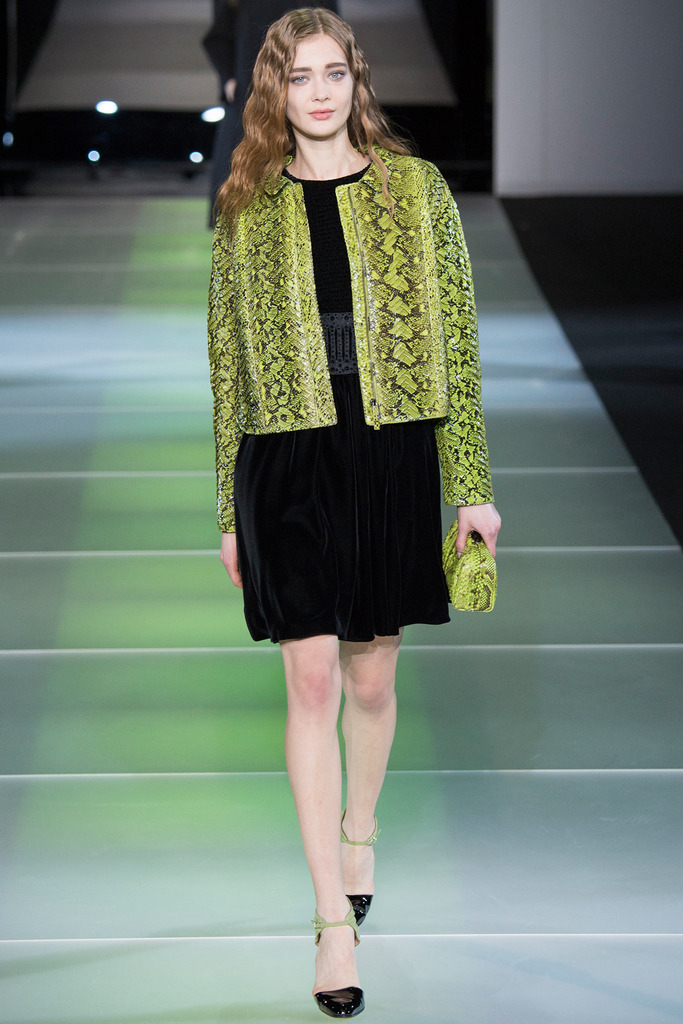 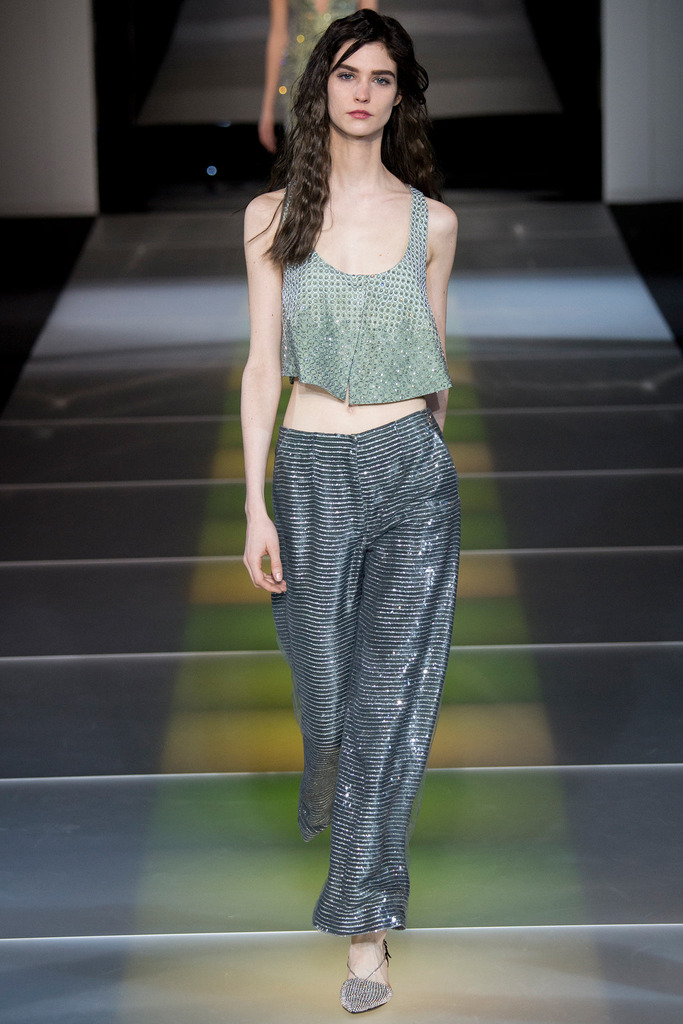 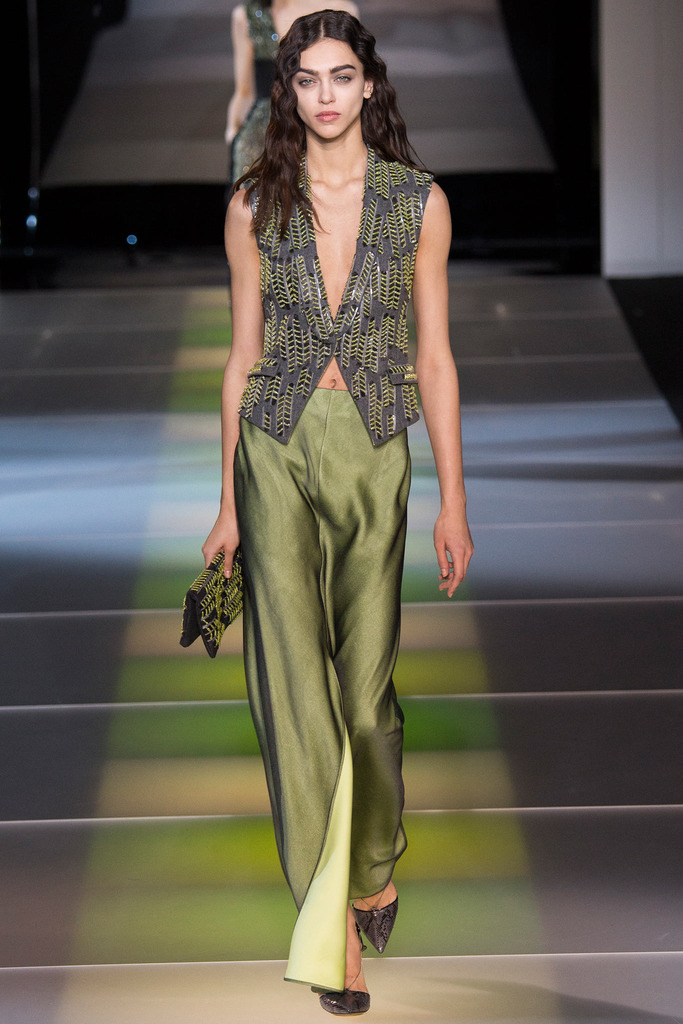 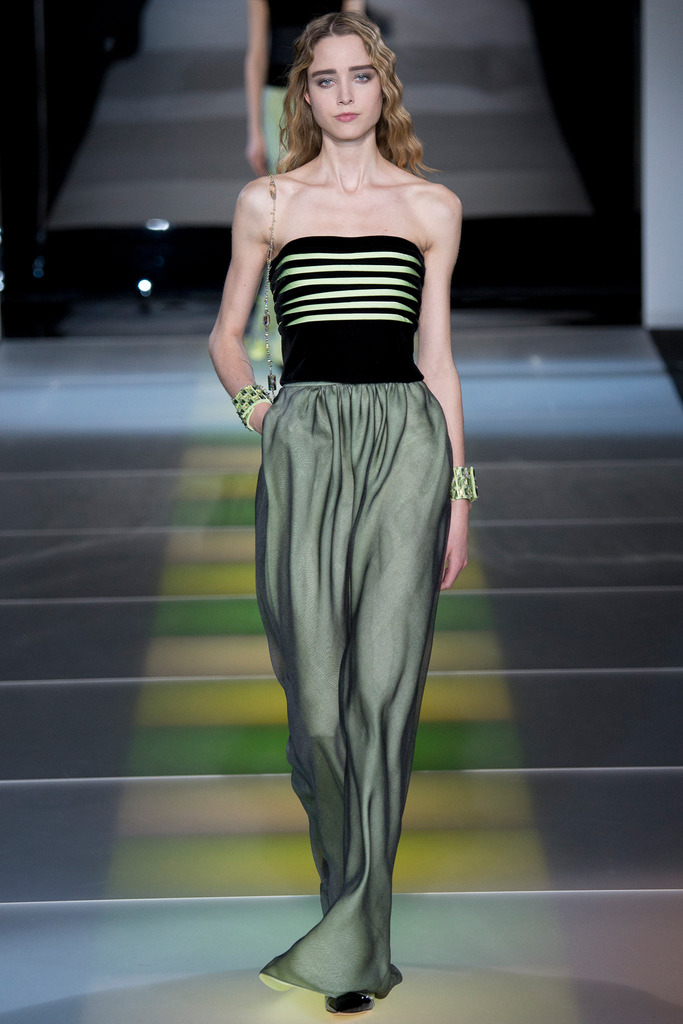 We applaud Armani’s collection, and admire his stance on providing wearable commercial items in an industry that thrives on flaunting extravagance. It takes courage to stand aside from the pack. Bravo to Armani’s elegant, stylish and workable collection!