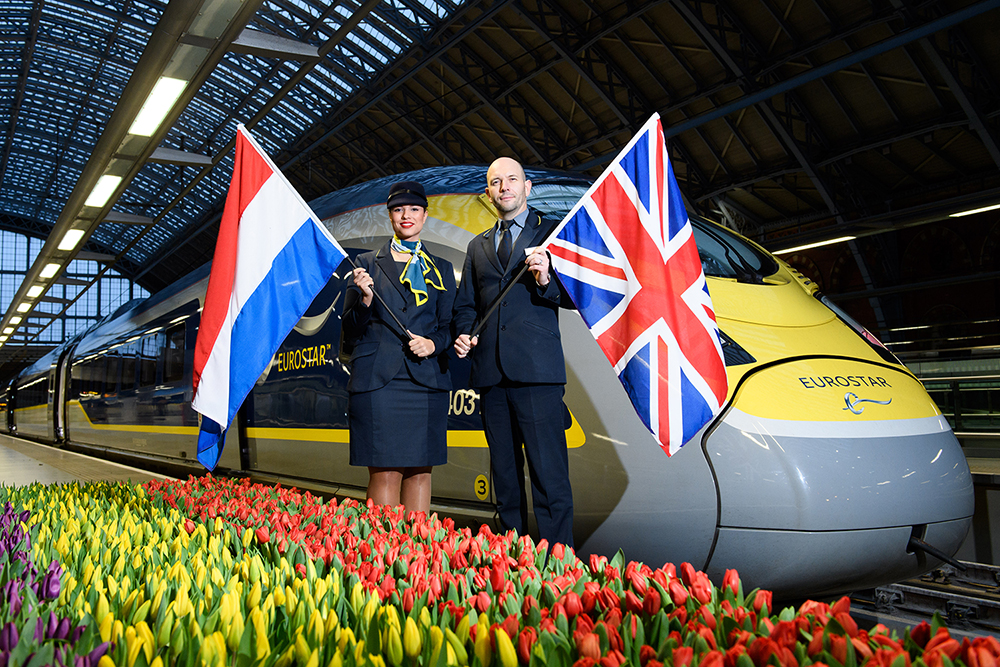 Today, Eurostar marked a historic milestone with the inaugural journey of its London to Amsterdam service, ahead of its launch on April 4, 2018.

The launch of the London to Amsterdam service marks a historic milestone in the expansion of international high-speed rail travel, revolutionising the connection between these important destinations. For the first time, passengers will be able to travel from St Pancras, in the heart of London, directly to the Netherlands at a speed of 300 kph in just three hours.

Thanks to the £1 billion investment in new state-of-the-art trains and enhanced connectivity on the European network, Eurostar passengers can now use fast, seamless rail connections between the UK and mainland Europe. The direct services from the UK to The Netherlands, France and Belgium bring Britain closer to mainland Europe, and to three of its top trading nations, amidst a time of uncertainty.

Championing the environmental benefits of high-speed rail, Eurostar is making the switch to sustainable modes of transport for short haul travel easier. A Eurostar journey from London to Amsterdam emits 80% less carbon than the equivalent short haul flight making it a clear choice for the future of travel in Europe.

Eurostar’s new route to the Netherlands will start on 4 April 2018 with one-way fares from £35. The new service will be launched with two trains a day departing at 08.31 and 17.31 respectively.