During his intimate listening party last week in Williamsburg, Euro League broke down the importance and the significance of his latest release, “Euro Trip: Continuum.” Among the 5-track offering, comes master production from frequent collaborator MP Williams and his kid brother, Freedom Kingdom. Clams Casino also appears on the project. This project is a good showcasing of what’s can come from New York entertainers in the future. Read my initial thoughts, jotted at the moment, down below. 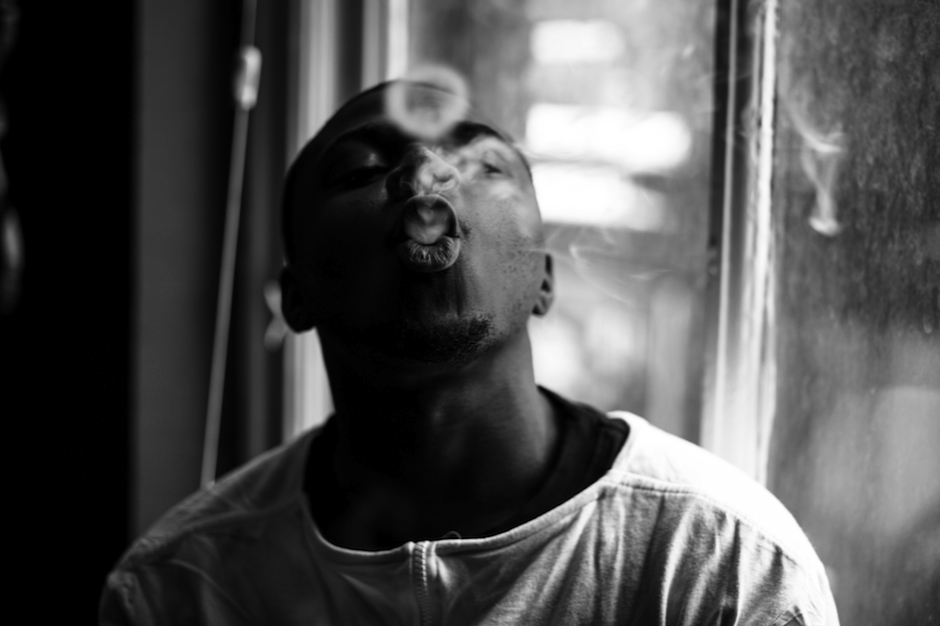 Sounds like an eighties pop sample. Toward the middle of the track, I think he found his rhythm. After the Jewish remark. It was a slow creep in. Slow start, with a title like that, I would have liked for it to be far more aggressive and make me feel like I wasn’t able to breathe if I were his opponent, or king he wanted to kill. (Explanation: “Says he is inspired by pain. He doesn’t like the concept of kings. Seems like they like to feed off of the insecurity of others.”) Produced by Clams Casino & MP Williams. Made the beat in 2012, revisited.

Starts off like horror movies in the 70’s. I like the elongated verse endings. That’s different, unique. Martin Luther King, Jr. Second verse is my favorite. That line about his former girl and his new girl is quite comical. (Explanation: “I feel that I’m a God and embracing that godliness within you.”) “Embrace the creativeness.” Produced by MP Williams

Voice sounds different. It comes through and it is not hidden or masked behind the thumping production. Water sounds reenter and connect to the cover artwork. Taps into his spirituality. Talks about being to heaven and back, and his fights and struggles with the devil. (Explanation: “Find that within you. Everyone is not the same, but you have to hone in, block out the world and listen to the universe to be able to create the God within you. It’s me just describing my personal connection with God. I’m asking you, do you look at me like I’m just another rapper. Converting the pain into a musical form.”) Produced by MP Williams, whispers that are supposed to be Angels. Lots of metaphorical limericks. He just raps it, like a freestyle and he doesn’t write it. (See audio for in-depth responses about feeling like he’s going to die. Longest talking segment, my question inspired a genuine, informational segue.)

Lead single, shot his own video. Showed it in the theatre in the next room. Highest moment of the album so far. It’s like a cosmic water builds up. The voice is perfect on the beat. Deserving of the first single. Flow is tight and so is the singing on the hook. Says pain is all he knows. Last line of the first / second verse is comical. Pope Francis just left the States. Pain mentions the Pope and him just leaving. (He spat the second verse a cappella because it’s so good. I got the chills when he said it. (Explanation: “Check the audio.”) Produced by MP Williams

Track has a duality. Starts off differently than everything else. Elongated wording returns. Says he’s lost in the streets and a million miles from peace on the hook. Like there’s a moment of lack of hope. Others thinking he’s “on” and made it, but he still feels like he hasn’t made it. He’s discouraged. Plays, or puns on the last name. (Explanation: “Don’t forget us when you make it, bro.” It’s a 2-in-1 track. Talking about the people’s perception.” The second track is telling you what it really. The last song comes full circle. Likes to keep himself surrounded with people with the purpose behind them.”) Produced by Euro himself and MP’s younger brother.