Dallas rapper Erica Banks returns with the bouncy, party-starting ‘Pop Out’, out today via 1501 Certified/Warner Records. The twenty-year-old proved she knows how to get the dance floor shaking on her gold-certified single ‘Buss It’, and ‘Pop Out’ takes her exuberant, feel-good brand of Hip-Hop to the next level with outrageous, quotable lyrics and powerful bass.

The energetic track opens with another nod to the Nelly classic that put her on the map two years ago. “Hot off in the club, clothes off / I’m Nelly”, she raps, citing the 2002 mega-hit ‘Hot in Herre’. That sets the tone perfectly, while the song’s cheeky hook—“all bad hoes pop out”—summons everybody to the party. From there, Banks’ spitfire flow sets the ground rules: You may be invited, but it still takes stamina to keep up.

After all, Banks works as hard as she plays. In 2019, the breakout artist released three mixtapes: ‘Art of the Hustle’, ‘Pressure’, and ‘Cocky’. After getting the attention of 1501 Certified’s Carl Crawford on Instagram Live, she signed to the Texas label after releasing ‘Buss It‘, a song that caused the internet to drop it low en masse.

Last year, Banks signed to Warner Records and was nominated for two American Music Awards, carving out a lane for herself with her self-proclaimed turn-up music. Following the success of her breakthrough single, the Texan released ‘Toot That’, ‘Designer’, and ‘Slim Waist’—a string of singles that she considers “edgy but sexy.”

Recently, Banks toured with Summer Walker and will be joining T-Pain on his ‘The Road to Wiscansin’ tour. She also has a string of festival dates on the way including Pride Fest, Lollapalooza, and Day N Vegas. With party pleasers like ‘Buss It’, ‘Slim Waist’, and now ‘Pop Out’, Banks’ anthems are destined to soundtrack the Summer. 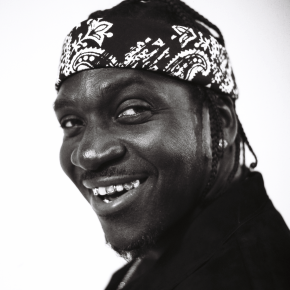 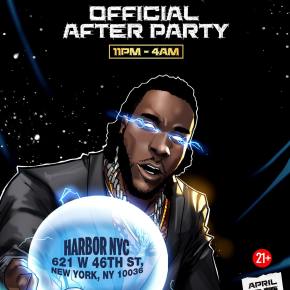