After making it to The Shade Room and other blogs for reminding people of Houston’s Megan thee Stallion, new 1501 Certified Entertainment rapper Erica Banks has arrived and seems to be here to stay. After connecting with the label’s CEO Carl Crawford on Instagram Live recently, she travelled to Houston to meet and sign to the record label. When she was twelve, she started writing poetry and soon, it turned into her love for writing songs.

Her lyrics are sexually explicit and catchy, punching you in the face with every line. Perhaps, it’s why she’s a boxer in the video. If you’re wondering, yes, the DeSoto-bred talent’s knees are sturdy. She’s twenty-one years-old and athletic, and it shows. Moreover, with all of the speculation, harsh criticism, and chatter online, Erica Banks gained two million-plus views on her video in less than twenty-four hours.

Don’t front. Erica Banks is hot, so let’s support her, too. Watch her video for ‘Buss It’ right now below. Producer SGT J samples 2002 hit single ‘Hot in Herre’ by Nelly. It’s from her self-titled debut album, which is out now. 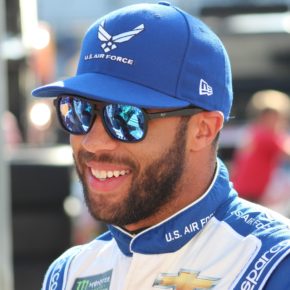