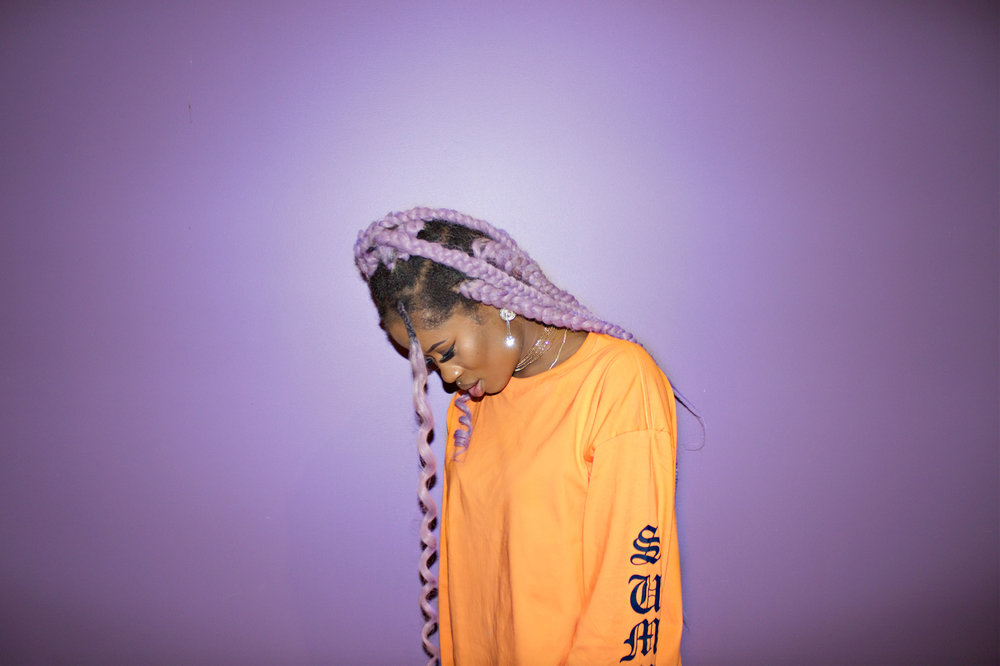 ‘Gorgeous’ isn’t always audible, but like most Electronic music, it isn’t always about what the vocalist says. It’s about how it all makes you feel. HINDU, the Ukrainian Dream Pop singer-songwriter-producer, rides that line with her feather-weight vocals and hypnotic backing track. Watch as things turn for a young man at a nightclub on a cloudy day.

There’s possibly no way for you to be angry with anyone after watching the kawaii rapper Mizhua (from Sakuraebis 桜エビ～ず オフィシャルサイト). From its fun, hyperactive beat influenced by affluent Dance tracks and Old-School Hip-Hop, ‘Right Now’ evokes intense amounts of energy that also spreads messages of female empowerment. Check out the music video shot at Taro Okamoto Memorial Museum in Tokyo, Japan. It is her first time rapping. I think she did a pretty good job.

In a two-minute chaotic visual, Australian rocker duo, Polish Club, serve us a surge of energy enough to refuel the feeble. If this lead single is what their debut album will sound like, I want in! ‘Alright Already’ will be out August 10 via Universal Music. Have a look at the glitchy black-and-white new video for ‘Beat Up’ below.

For some odd reason when I think about fantastic Rock music, as a New York-native Brooklyn isn’t the destination. The Compensators may be able to change that for us, though. One night, the guys met on a rooftop loft in Bushwick, and as legend has it, they quickly bonded over their love of fast cars and guitars. From start to finish, the explosive sounds that roar from each instrument and the throats of the humans encourage its listeners to cut rug and sing the words to a loved one. If you are looking for a song that will charge you up, ‘Love Drags’ is the one. Listen to the funky release below. The band consists of four gentlemen: Curtis Strange (lead vocals and guitar), Chaz Mitchells (drums and backup vocals), Stevie Blunder (bass, and moreover, how hilarious is he for that moniker?), and Kip Wicked (guitar).

It is seldom that we receive content from Australia that is urban-focused or rap-related, but recently, we got the word on an emerging rapper who goes as Sophiegrophy. From taking one look at her and hearing her distinct voice (that reminds me of Connie Diiamond), I agree that she is one to watch, just as Apple Music’s Ebro Darden suggests. Watch the official for ‘Bag’ below. It features dancers dressed in athleisure items and bags of money.