Photos: Courtesy of the artists

If you’re all about Afrobeats, then you have to be familiar with DopeNation, Africa’s Finest Twins. Having won Best Group of the Year at the Soundcity MVP Awards, this duo hailing from Ghana comprises identical twins, B2 and Twist, coming with some bad tunes. Being identical twins, it is hard not to confuse the two. From being bathed twice as a child to confusing girlfriends, the duo is causing chaos and leaving their mark.

This year, DopeNation will celebrate their year around the sun (May 7), working hard, touring around Ghana promoting their new songs, including ‘Today’, says B2. Still, it will be “mad vibes with many people because it’s a nation”, suggests Twist.

The two have been working hard, evident throughout their amazing dance videos that give me Bollywood movie vibes, amazing graphics, coordinated dancing and dramatic storylines. Check out their exciting new video, ‘Today’, and see for yourself.

GRUNGECAKE: So, you might have been asked this a million times, but I just have to know, as identical twins have either of you, B2 or Twist, been mistaken for the other by anyone, like a significant other or family member?

B2: Oh yeah, countless times! We really take advantage of the fact that we are two. I registered Twist to the university. That secretary, I met at the counter, still thinks it’s him. I think I just spilled one of our twin secrets. B2 laughs. when we were kids, my aunt used to bath[e] us when mum wasn’t around. Long story short, she bathe[d] one person twice. B2 laughs. Thinking it was the other person. There was another instance, when Twist had a friend he wanted to trick. So, we decided to meet her together. At the time, she did not know we were twins, so he made me pretend I was him. I hugged her and she did not even feel the difference. B2 laughs. I even introduced twist to her as my twin to see her reaction. It was funny, you know?

Twist: There’s this one time in high school, my school went for a program and my Senior House Master saw my brother and was like, “My friend! What are you doing here?” Twist laughs. Most of the students, who knew just didn’t say anything until they came back to the school, and told him I was a twin. I would’ve been kicked out of boarding school. He didn’t know we are twins.

B2: During the lockdown period, we were home and did not know what to do. No shows; Platforms. Everything got digital. Well, to the face of Africa, but we had to start adjusting to some different things, you know? But the media happen[ed] to play our songs all the time, even tho[ugh] there were no shows. So, in our own way, we wanted to appreciate them, you know. Show the world the people that were responsible for playing our music. So, we threw a party, same day, invited all the media gurus, and also, shoot a video on that day ready for release. Everyone thought we couldn’t do it, you know, but we managed and bam: Today. 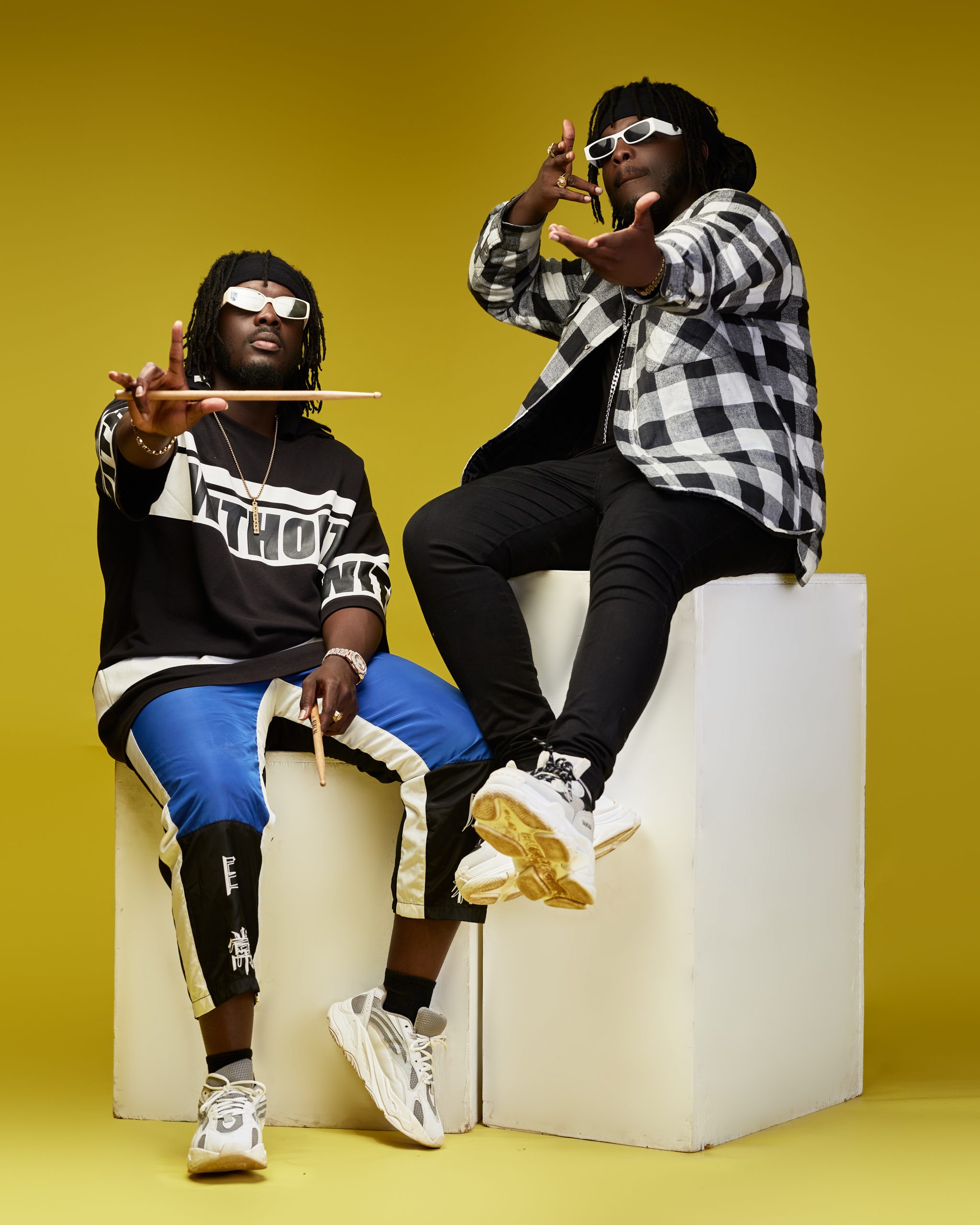 GRUNGECAKE: Any plans for the birthday?

B2: We are on tour, as we speak. Just around Ghana, making sure we promote the new songs we released. ‘Today’ and ‘Thank God’! So, it’s unfortunate we would be doing interviews whil[st] cutting a cake. B2 laughs. But same way, we plan speak to some fans and on that day.

Twist: Our birthdays are just mad vibes with a lot of people around because it’s a nation. Twist laughs. But personally, I’d just like to sit back and look at what we have done so far, and think of bigger things ahead [cause] the journey has just begun.

GRUNGECAKE: How did you become recognized as “Africa’s Finest Twins”?

B2: Okay, so before the COVID time, we got nominated for Soundcity Awards in Nigeria and won, you know? It was our first award we ever won, as the Soundcity MVP Best Duo in Africa. It was then, we thought to ourselves that: Hey! We are Africa’s Finest Twins [cause] the awards was an African award.

Twist: Our second song after the first hit single was ‘Naami’, which gave us international recognition to some point. We featured Olamide on that song, and we had it being played at places we never imagined our songs would get to. We, later, got nominated for The SoundCity Awards, and won the Best Group of the Year.

GRUNGECAKE: How would you interpret the ‘Today’ video to your fans. What do you want them to take away from story line?

Twist: Since the pandemic, we haven’t really gotten the chance to interact with our fans, and they miss the shows and the jams. We decided to release ‘Today’ just to remind them that they can still have fun, regardless.

GRUNGECAKE: I feel like ‘Today’ is an anthem. Would you agree? If so, in what situations do you think people should play ‘Today’?

B2: ‘Today’ is definitely an anthem! You know, ‘Today’ can be played anywhere, anytime, anyhow. It’s a celebration song. That’s why in the song, we say “Call you boyfriend, tell am today na”. If you don’t have a boyfriend, you definitely have a girlfriend. B2 laughs. If you don’t, then, we asked that you call mum or dad and tell them “today na”! It’s very relative to all people.

Twist: I think ‘Today’ can be played in any situation. Here, in Ghana, people love to play party songs at every event because most Africans love to dance and it’s a part of us.

GRUNGECAKE: How would you describe party life in Ghana?

B2: Ghana is a party itself o. Like, you can’t be in Ghana and not party. DopeNation is the life of the party [cause] when we get to the songs we produce and write, all of them are bangs and you get to hear them back to back in clubs, pubs, local joints, everywhere!

Twist: If the phrase “party till dawn” was human, I think he or she would be Ghanaian. He laughs.

GRUNGECAKE: How long did it take to learn the dance for Zanku? The location and visuals are amazing. Where did you shoot the video for Zanku? How was making the video?

B2: Well, Zanku did not take that long to learn. B2 laughs. We happen to be in a trance of our life, where we ignored all odds and made the best out of our music. In ‘Zanku’, you hear us say “Enemies see dem no be God oo”. The video was shot in Ghana, and the concept was brought up by us and implemented [by] creative director Xbills.

Twist: Zanku is quite simple actually. All you need to do is just cross your arms and stomp your feet [to] the rhythm of the beat. It’s not really difficult. We shot most of the scenes in Accra, Ghana, and we didn’t really take long to finish shooting it.

GRUNGECAKE: For both B2 and Twist, how is it making music with your twin brother?

Twist: Making music with B2 is magical. I get to see a side of a beat or a rhythm I didn’t think of. Combining what he has, with what I make, gives us a great sound and we believe we can achieve even more with that synergy. 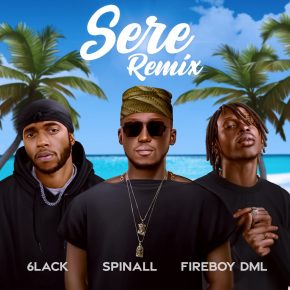 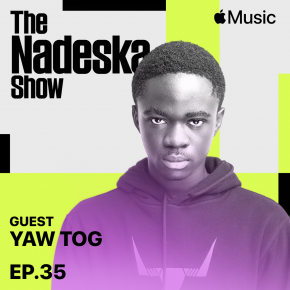