A week ago, I went to Don Pedro to support Jada La Reign and DJ Nolita.

or those of you who are not familiar with the place, it is a “modest pub” located in Williamsburg, Brooklyn, New York. It is not too far from the J train Lorimer station. It also caters to live music acts, mainly rock music. It was my second time there. Minnesota upstart Dearling Physique played there in the early ’10s. I supported him.

Upon arrival around 9:30, I sat at the bar. I called for an Angry Orchard. They didn’t carry it, so I settled for some watered down, underwhelming drink. It was only $5, so the statement ‘You get what you pay for’ applied. In comes a new friend from Italy. He had been in town for some days, reached out to me via email and expressed he wanted 5 minutes of my time “to say hi.”

No one says hello for 5 minutes. The business is complex. So when you have the opportunity to meet and feel someone out in person, take the advantage. It is important. Especially if they’ve travelled from Europe and you can’t make a date plan whenever you want. Francesco was tall, bearded, wore glasses and communicated with an authentic Italian accent.

Tangible music were my gifts; he picked up the food tab. As we finished eating, in walked DJ Nolita and her sister. As beautiful as her social media accounts suggest, we greeted each other. Next, she looked for Jada La Reign before setup time. Francesco left. Then, I met a young lady named Safiel. She runs and promotes a warehouse art party called, “The Grind.” 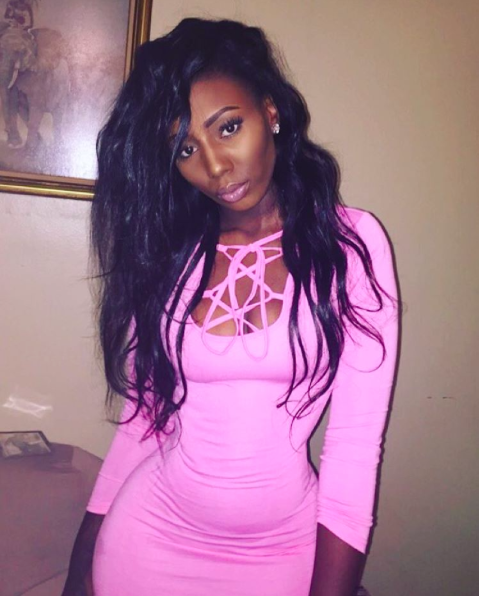 At the 11:30 mark, DJ Nolita started to play. Suddenly, I felt energized. Before her set, a young man performed a Rap set. I’m sure he is a great person. I wasn’t intrigued. Rappers are easier to find. So if it is something you want to pursue full-time, being competitive and polarizing makes you stand out. If being polarizing isn’t your thing, there are other ways to capture the audience. I charge a fee for advice.

She played uptempo Dance music, Southern Rap and more. It was consistent, and the audio was not jumbled. If you’re one to dance — sorry wallflowers and wall huggers — you want to see her live, with a dance partner. Her set included original and remixed renditions of MIA (Boyz), Teedra Moses (Be Your Girl), Khia (My Neck, My Back), and other songs that encouraged us to “drop it to the floor”. Had I been in a better mood, I would have dabbed and shuffled the night away. Instead, I sat and wrote notes for this review. I didn’t get to see Jada La Reign play. I know she’s a good time, so I’ll catch her one of these Summer nights.

Stream the DJ Nolita — Littany Spears — mix that kicked this off. After listening to it, I went to see her. Maybe it will do the same for you.

Seriously: DJ Nolita, if you decide to go forward with your Rap career, I support you 1,000%. I haven’t heard one lyric yet but if you can DJ an impromptu set from your iPhone…

when you ain’t bring yo laptop for an unexpected set for @Ksace_ so you gotta DJ str8 off the iphone pic.twitter.com/czSBLGWVxs

Here’s an exclusive track she uploaded less than two weeks ago. It features Loc Soprano and SoyTheFaux.