DeonRaps, the very talented industry photographer-turned-rapper, gives listeners a Rap album that can only be described only as a DeonRaps album. To start, ‘The Garden’ of the most genuine albums I’ve listened to in quite sometime… It is not often that we have a well-curated album like this from a newer artist.

The Queens-based rapper, tastefully, creates a friendly ambiance where we feel close to the man behind the tracks we are listening to. Many tracks from the album can be sided on playlists with songs from Saba, Pivot Gang, Smino, Mick Jenkins, and even Mac Miller. I am naming these other artists, but, I must note… there is something that separates DeonRaps from them… The vocal delivery by the twenty-three-year-old on every single track is so unique. I cannot think of one artist that sounds like DeonRaps and that makes me overwhelmingly excited as a listener. The album has high potential to break into the masses of listeners by being something created seemingly “for the people, by the people”, because of how relatable some of these tracks will be to new listeners. Even though I found myself listening to the whole project multiple times, many tracks are hits.

I have to dive in with ‘I Miss My Friends’. I don’t know if its the retro Nintendo-style beat or the way DeonRaps gives us such a high-energetic, yet, calm vocal delivery. QUARANTINE FUCKING SUCKED and this track is the post-quarantine anthem. We all came out of quarantine missing our “motherfucking friends” and to be quite honest, none of us know what the fuck happened. This song embodies that energy of “I don’t know what just happened, but all I know is I am trying to link up with my friends!”. Haku Leaf provides the second verse in a very special manner that doesn’t seem like a feature on a separate artist’s song. Rather than coming off as a feature, the two artists work as a duo, the two rappers compliment each other so well.

The second track that I need to highlight is ‘Pecan Pie’. DeonRaps delivers a vocal presentation that we don’t hear too much on the other tracks from this album. The first time I listened to ‘The Divine Feminine’, an album by the late Mac Miller, I felt such an overwhelming need to fall in love. DeonRaps does something very similar to what Mac did for listeners. You will be sitting there in your mind convincing yourself that “maybe, love doesn’t sound too bad…”.

DeonRaps finally gave us the anthem anyone who has ever been told they are “overweight” deserves! The big boy population does not get representation in modern music. When DeonRaps says “Ever since a freshman… I’ve been an XXL”, I truly felt that shit and I know so many other kids need this fucking track. This isn’t the 90s, heavyweight kids now don’t have celebrities like Heavy D to look up to feel normal about their weight. Now, we have DeonRaps, a rapper, photographer, and even a modern-day sex symbol (listen to ‘Friday’ on the album and you will understand) who is going to help so many fucking kids with this track. I cannot emphasize how much this track would have helped me when I was a sixteen-year-old weighing in over 290 pounds. ‘Heavyweights’ is truly a track that needs to be heard and shared!

‘Unleash the Dragon’ will put you in the mood to punch a fucking hole in the wall… But, also, if you have ever in your life said “I am a nice person… but, I will beat someone’s ass”, THEN THIS IS THE SONG FOR YOU. DeonRaps gives us what it might sound like when a “nice guy” finally snaps, and the fucking energy is here on this song. I found it nearly impossible to not throw air punches while listening to the first thirty-seconds of ‘Unleash the Dragon’.

Aside from the tracks written about above, DeonRaps gives us twenty-eight minutes of very beautiful music. If you don’t find a liking for one of the four out of eleven tracks on this album, I promise there is something in there for every fan of music. The twenty-three-year-old rapper is someone so many of us can easily relate to and find zero problems supporting. Although, this is his first album, I am highly-enthusiastic to hear more from this new artist and you should be too. 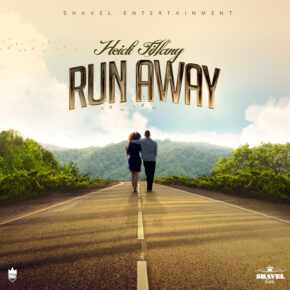