Atlanta, Georgia rapper Deante’ Hitchcock has been making a name for himself over the past few years. This year, his presence on Dreamville’s ‘Revenge of the Dreamers III’ earned him a GRAMMY-nomination as the project battled for Best Rap Album. After releasing his debut album ‘BETTER’ in March of this year, he returns with its deluxe version. The release comes following his BET Cypher performance at this year’s BET Hip-Hop Award. The deluxe adds ten new songs, and a few new features from Ro James, Reason and Kenny Mason. On this project, Deante’ Hitchcock continues to prove that he is a great rapper and storyteller with a wide range of flows and content. His versatility allows for him to create exciting music that can touch on his successes, consciousness and music touching on his spirituality. Altogether, ‘BETTER’ is not only a strong showing of his skillset, it is music that provides some hope through his personal testimonies, something a lot of us need in times like these. 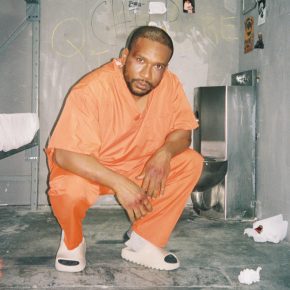