Atlanta artist Trvpbeez seems to be one of the only new artists who know how to get his point across on a bombastic Trap beat with an extensive vocabulary, and an affinity to be well-versed, effortlessly. On the track, he starts by talking about his baby mama; ends the song the same way. Shout out to women. We bore the world and everything in it, regardless of how people treat us. Check out ‘On Bro’ below. It’s good.

Shumaq – Where We Headed (Submission)

If you’re looking for music with a heavy bass line to wake you up this morning, one of Orlando’s newest artists Shumaq has a tune for you. His new song ‘Where We Headed’ may be able to do it. According to the artist, it is his first single, ever, so be easy on him. The songwriting isn’t out-of-this-world, but his flow stays on the chord. Check out the Mar Lovace-produced record below.

Taking the sonic value of this list to a milder sound and a larger purpose, British singer-songwriter Mathew V pours his heart out into ‘Flashback’, a well-crafted song about sexual violence/rape. From the opening end of the record, the Vancouver-native visits a place where most, if not all, sexual victims have been—the place where you’re the one to blame. After five years of teaching himself how to write pop music (a musical style made to appeal to a mass audience), the twenty-two-year-old professionally connects on a human level to share his story about being raped at seventeen. We are so sorry! Unfortunately, more people survive sexual violence than they are willing to admit. We believe it takes an even stronger individual to share the traumatizing experience with others. Mathew V, thank you for speaking up.

Dax – Did It First (Submission)

To become successful is a gift and a curse because jealousy rises at an all-time high, and old friends/associates feel a way. Otherwise, people are proud of you; willing to help you at every stage of your journey. Dax taps in to tell his story, that details what we’ve explained above. Furthermore, the Canadian artist, who is twenty-four-years-old, is now on tour with Tech N9ne. Keep going!

And to bring this list to tasteful closing, we invite you to vibe out to the calming sounds of Canadian producer mxu’s latest Soul sample-based track ‘For Awhile’. Drawing inspiration from the Southern states in North America like everyone else in present times, this particular track is a direct reflection of that. 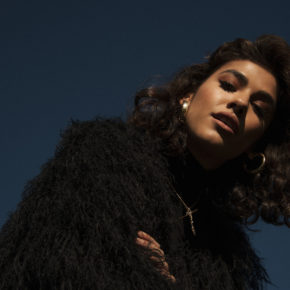